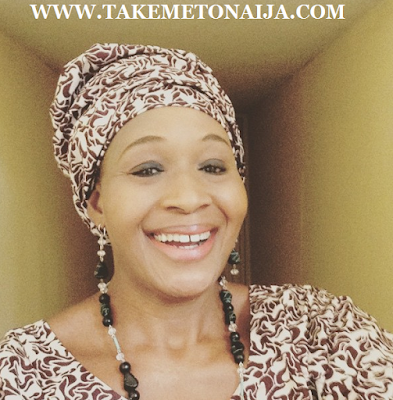 INTRODUCTION
Kemi Omololu-Olunloyo also known online as Snitchlady, is a Nigerian journalist, pharmacist, gun violence activist and social media personality. She is also the editor of #HNNAfrica, a world and health news blog.
She is mostly known for her ignorant and outrageous news reporting on social media, she is most time ignored by public figures.

Omololu-Olunloyo is the daughter of former Oyo State governor Victor Omololu Olunloyo and the second of ten children. She lived for 14 years in Nigeria, 30 years in the United States, and five years in Canada before being deported to Nigeria.

Omololu-Olunloyo has appeared as a journalist/reporter discussing terrorism and health topics on CNN, CBC News, Ruptly, CTV News, BBC, Nigerian Television Authority and Fox News. In 2010, Omololu-Olunloyo served on the Governors Advisory Council at Kingston General Hospital in Kingston, Ontario. She also worked briefly as a music journalist with the Nigerian Tribune after a five-year stint running her own global music blog HipHossip Canada chosen by BET as their Canada-based hip-hop correspondent for the show The Deal showcasing rising hip-hop stars.

In August 2012, Omololu-Olunloyo was arrested in her apartment in Toronto by agents from the Canada Border Services Agency. After being determined a flight risk when her refugee visa was not renewed, she was remanded into custody at an immigration detention center for seven days before she was deported to Nigeria.

A pharmacist and popular journalist, she has left her trademark on everything from gun violence, health, prostitution, music and even, terrorism.
Because of her incredible duty on her global music blog HipHossip Canada, she was identified and chosen by BET ( Black Entertainment Television) as their Canadian based hip-hop correspondent for a show “The Deal” about rising hip-hop stars.

She has appeared as a columnist, reporter and journalist for the giant news networks, including CNN, BBC, CTV News, and NTA, discussing about health and terrorism topics.
So it is puzzling for a woman, who has made positive impact in sensitive cultural issues in Nigeria and abroad, suddenly, changes her views and norms.

“She is the Nigerian Donald Trump,” Mimi, a master’s degree holder in Sociology from Benue State University suggested.
“Same behavior, same goal, to wind people up.”
Segun, a blogger and ardent lover of Yoruba movies had a similar view.
“She does her thing by insulting people for popularity,” he said.
Appalled by her scathing attack on Jide Kososko, the popular Nigerian actor who lost his third wife recently, he continued.

“She crossed a line by insulting and accusing a grieving man, more worse with no proof.”
A respected Journalist who has reported stories for the big media organizations, suddenly overly arrogant, dangerous in opinions, and her poor conduct to criticism is simply amusing:
In 2015, in an interview, Kemi, a 2014 Social Media Awards Africa’s Social Media Influencer of the Year nominee, pouted to anybody who cared to listen that she earned between $50 to $150 (About 15,000 to 42,000 naira) for tweets about her so-called foreign clients.

And when a fan on her facebook page questioned if she was actually present for an event in Toronto that she claimed to be in this year, following her own rhythm, Kemi replied:
“You are an idiot I was in Toronto. Foolish person. Unlike my page”

She has singlehandedly taken the role of the villain; lousy and provocative. She once boasted of being the first Nigerian to open a Facebook account in 2003. When a well-respected actor in the country lost his wife from a third marriage; she ignorantly suggested he simply organized her death for money rituals.

All these traits epitomize Kemi Olunloyo, the daughter of the former governor of Oyo state.

Even her father did not escape scrutiny. In a series of tweet last year, she wrote:

“FATHER USED RITUALS TO CONTROL HIS FAMILY AND DESTROY US. Now he’s destroyed himself.”

Born into the aristocrat family of Victor Omololu Olunloyo, the former Governor of Oyo state, she is the second of ten children.

“She was shy and afraid of touch while growing up,” a close relative, who asked not to be named in this article, disclosed to this Information Nigeria reporter via a text message.

“She enjoyed being alone.”

Yet, make no mistake; it hasn’t been all negativity and doldrums for Kemi, nicknamed “snitch lady” by her angry critics. 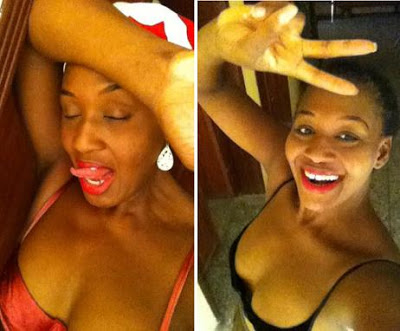