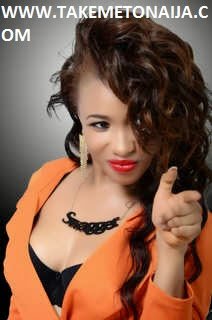 Tonto is a Nigerian actress and singer from Rivers State and is of the Ikwerre tribe. She is one of the most popular names in the Nigerian movie industry and one of the most controversial celebrities ever in Nigeria. She has featured in many movies and received quite some high awards in a career.

Tonto Dike originates from Ikwere, Port Harcourt, in Rivers State. She was born on June 9, 1985 and after her primary and secondary education, she was admitted into Rivers State University of Science and Technology, Port Harcourt, and studied Petro-Chemical Engineering.

Growing up was wonderful for her because she had everything she wanted and wasn’t deprived of anything. Her father was financially okay, so he did everything possible for her. She went to the best schools in her state, she graduated with good results from her primary and secondary schools and she also graduated with the a good result after her degree programme. She have had parental love, care, family ties while growing up.

It’s been love all the way the only thing she didn’t appreciate while growing up was the fact that she could not mix with her peer group, which is why she can’t speak her dialect up till now. Another was growing up without her mother. She died when she was just three years old, so she practically didn’t know her, but it was a joy to know that she had someone who she could say replaced her.

In 2005 she competed against other contestants on a reality TV show calledThe Next Movie Star; she was the first runner up. Dikeh’s appearance on the show was as a means of getting closer to the “big time”, she says,and her start in the Nigerian movie industrycame soon after.

After she left the reality T.V show The next movie star in 2005, she was first runner-up, when Kingsley Ogboso won, and from there, she started looking for contacts and fortunately for her, a lot of people saw her talent, she got involved in the reality show first because she saw it as a way of getting close to the industry, she had hoped that from it she would move into the industry and it happened as she wanted.

Dikeh says that after her second movie Holy Cross, more movie directors and producers were willing to cast her, and she has appeared in scores of movies since. Dikeh’s role in the movieDirty Secrethas generated controversy amongst Nigerians, because the movie contains nude scenes. While some criticize her role of being untraditional and un-African, others say that Dikeh is merely being professional.

Her first day on a movie set she was very scared. She was shy. She didn’t know what to think or expect until the lights came on, then she knew that this was serious business. But she had people like Pete Edochie, Nonso Diobi, Desmond Elliot, Nkiru Sylvanus, and Uncle Larry Coldsweat. They kept saying ‘you can do it’ and she did it.

In an interview she once said she will not be caught in a long skirt because she hate it. She also can’t wear Iro and Buba, it’s fashion for the older women she says. She also said she is still very young and she need to feel free in her body also said “you can’t catch me being very religious in my dressing, I love to dress the way I love to dress.”

She sees the industry as a fruitful one, which can yield more fruits in the future. All they need is hard work, perseverance and prayer. She says the movie industry is like a newborn baby that has to be nurtured and well taken care of. She still thinks that they really need to work hard because they are way backward. Though they may be doing well, she still thinks they can do better.

In January 2011 Dikeh took part in a charity fashion show in Lagoswith Banky W., Omotola Jalade Ekeindeand others.
Tonto was known in Nollywoodas a chain smoker and had started smoking since the age of 14 but she recently testified that she stopped smoking after prayers with Pastor T.B. Joshuavia his Christian television station Emmanuel TV.

After enjoying acting several movies, Dikeh decided to try her hand in music though she had once featured in a music video owned by Amaco investments where she and Patience Ozokworwere called to mime the song. She made her debut by releasing singles ‘Hi’ and ‘Itz Ova’ feat Snypa. [ 8 ]While many lauded her effort, the songs were trailed by controversy as critics especially questioned her vocal ability.

Doubts were raised on whether her decision to try her hands on music was for the best. Nevertheless the songs enjoyed steady airplay and massive downloads. Dikeh showed she was not a quitter with the release of a new single ‘Crazically fit’ featuring Terry G, who was also the producer, then Jeje and then some more. On June 13th 2014, Pop star D’banj, unveiled Dikeh under the artistes with his record label DB Records’ LEE family.
She also launched a foundation for abused women and kids in 2014.
Tonto dikeh once announced she was dating a millionaire guy Michael Awolaja in 2014 but were later said to have broken up and now dating a new man named Mr X according to her as she failed to reveal his face until 2015.

Tonto finally released the official video of the single she recorded after joining DB  records in 2015 which was quite a buzz online.
In August 2015 Tonto traditionally married Oladunni Churchill by February
2016, she welcomed her first child, (Andre Omodayo Churchill). She has
since separated from her husband, which was made public by Tonto in
early February of 2017.. It cannot be categorically ascertained the
reasons for the separation. But there has been a lot of allegations
leveled against each other. In 22 June 2016, Tonto Dikeh celebrated her Instagram followers after she clocked one million followers on the picture sharing platform.

Also was said to have been in a lesbian scandal with co-actress ini edo in 2011
She is also rumored to be among the few celebs in Nigeria who is involved with the Illuminati.
She was accused being involved in series of abortions in 2015 after an anonymous man who claimed to know all her secrets spat out.

KEEP VISITING WWW.TAKEMETONAIJA.COM EVERYDAY TO READ NEW FACTS ON PEOPLE’S BIOGRAPHY,INTERVIWS,PLACES AND TO SEARCH FOR ANYBODY