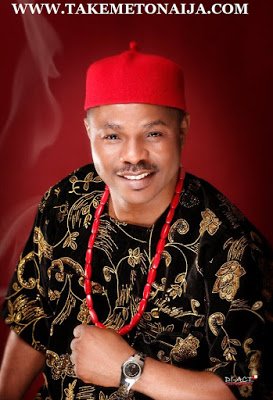 Biography And Life Of Yinka Ayefele

Yinka Ayefele is a high-class Nigerian gospel Tungba-higlife musician, He sings in Yoruba,English,Hausa and Igbo language.
He is among the most popular musicians in the country, he has about 15 albums and over 200 awards to his name as of 2016. He came into the music industry in 1997 after the fatal accident that damaged his spinal cord and confined him to a wheelchair.

Ayefele worked briefly as journalist and broadcaster at the Federal Radio Corporation of Nigeria, Ibadan, where he also produced jingles and musical works on radio. He began his music career in 1997 after he was involved in an automobile accident which damaged his spinal cord and confined him to a wheelchair.
Speaking in an interview on his passion for music:
“I have been in music since when I was in secondary school. I used to be a member of the Boys Brigades in my hometown where I played trumpet. I started playing guitar when I was in the choir. I actually developed the talent in music when I joined FRCN in Ibadan by producing jingles for programmes and so on. This was the time I discovered I had the potential in me especially when I had the accident and I had cause to raise funds, I discovered that I could work in the music industry full time.”

Initially, he didn’t have the passion for music. He thought he would become a banker or  work in a firm as a clerk. He did not have the intention of going into music at all, even when he was younger as a chorister he  joined the church choir at an early age, his parents did not encourage him to go into music.

He began his music career in 1997 after he was involved in an automobile accident which damaged his spinal cord and confined him to a wheelchair. While in the hospital after spending about 9 months, his friend, Kola Olawuyi visited and advised him to put some songs together.

He later started music in December 12, 1999. It was at the Bitter Experience album launch. He did the launch to raise fund for my treatment. After the launch people kept calling him to request for more copies of the album: “Ayefele we love that album and we need to get more of it”,
They would tell me each time they called. It encouraged him to do more songs and that was why he decided to really go into music. After the launch of the album, a lot of people deposited money
for their copies. So, they quickly went back to produce more copies. When he saw the
acceptance of the first work, he decided to go fully into music as his chosen career.

This suggestion resulted in the release of his debut album titled, Bitter Experience in 1998 which brought him into limelight. The release of Bitter experience was followed by the release of Sweet Experience. Other albums released by the gospel musician are Something Else, Divine Intervention and Life after death, released in honor of Gbenga Adeboye a Nigerian radio presenter, musician and comedian. The title Bitter Experience reflected his ordeal and Sweet Experience was the sweetness after a “Bitter Experience”.
He revealed what he felt after  the accident:
“I had a choice – to die or to live. I chose to live. I didn’t want to become a liability. I decided to live and make it. I learnt how to play all musical instruments on my own. I was in persistent pains 24 hours – five of my ribs got broken in the accident, but I had to forget my pains and forge ahead.”

SPEAKING OF ABOUT HIS LATE BENEFACTORS, HE SAID:

Without Kola Olawuyi and Gbenga Adeboye in my life, I may not be alive today. I was working with Kola Olawuyi by supporting his famous programme, Nnkan Nbe when he was alive. I produced the
entire musical jingle he used on his programme and I produced theme songs for the programmes as well. For Gbenga Adeboye of blessed memory, I produced Choices, one of his albums. So, these people really exposed me one way or the other and I have a very good relationship with them till death. In my trying times, they stood by me; they supported me financially and morally. I can never forget them in my life and it is a colossal loss to the entertainment industry to lose these titans. Kola Olotu was the one who came to the hospital and when he saw me on my sick bed, he said, “Yinka, why can’t you put some songs together to see how we can raise some funds for you so that you can go abroad for further treatments.” He was the one who suggested it and thank God I heeded his advice and it worked for me and that is why I will forever remain grateful to Kola Olotu.

Speaking on challenges:
“The greatest challenge for me is piracy. Seeing the way people are accepting my music, one would think that Yinka Ayefele is a multi-millionaire. But the way my music is seen is not the way I am reaping from it. Piracy has really affected my music. Fans who buy these pirated copies of my music do not mind, since they contain my music and picture. To me, that is the greatest problem. Another problem I am faced with, especially when I go for performances here in Nigeria, is the Oraisasor Urchins. They always ask for financial settlements and after settling a group, another would insist that they are the right group to be settled.

Speaking on allegations:
People who have said that I am a ritualist or that I have used my spinal cord to attain success are all enemies of progress. Those are all rumours. I can never negotiate any part of my body for success of any kind and anybody who knows well about spinal cord injury would know that it comes with regular and persistent pain. I am very lucky to be able to make use of the upper part of my body.
I don’t know who is behind those rumours but maybe they say those things about me because they want to make money. Recently, a soft sell magazine published my picture on its cover. They featured many names but why was I singled out with my picture? As a matter of fact, I have sued them already to the tune of N1 billion. Also, when I traveled to America there was a rumour that I was jailed for drugs.
When I eventually returned, the same people that peddled the rumour celebrated me. It is very unprofessional. They are only out to deceive people. It has become a part of us in this part of the world. People could just insinuate something, work on it and then spread it. But this is the prize to pay for being successful.

Yinka and wife welcomed another baby boy in 2015 with his darling wife Temitope Titilope, they tied the knot in year 2000.
Today
Yinka is one of the most popular gospel artistes in the country, he was
among the entertainers at Patience Jonathan’s elaborate dinner party
held dating back to August, 2013.
Ayefele owns an hotel and he runs other businesses different from music.

Yinka talks more about himself watch interview video below

He had received over 200 awards. Among other awards are:
Member of the Order of the Niger awarded by Goodluck Ebele Jonathan, the president of the Federal Republic of Nigeria (2011)Ekiti cultural ambassador award.