KNOWN TO BE:   An Estate

Banana Island, is an area of Ikoyi, Lagos, Nigeria, 8.6 kilometres east of Tafawa Balewa Square. Part of the Lagos Local Government Area of Eti-Osa in Central Lagos, it is known for its wealthy, multi-cultural community and has some of the most expensive real estate in Nigeria. Banana Island has one of the highest density of millionaires within its boundaries.

According to the Elites Magazine, this beautiful island has become the most preferred abode of the rich.  Many years ago, Banana Island distinguished itself as a no go area for the middle class, leaving the rest of Lagos such as Ikeja GRA, Victoria Island and Lekki for the average millionaires in Lagos. A first time visitor to this island is greeted by the sight of well laid lawns with beautiful flowers and well paved roads. The quietude and untainted environment is a major attraction as well.
Beautiful trees are also planted in canopy form to serve as umbrella and to supply fresh air.
Banana Island is an artificial island in Ikoyi, Lagos State. It is located in the Lagos Lagoon and attached to the North-Eastern Ikoyi island by a dedicated road strip which is linked to the existing road network. It was constructed by HiTech, the construction arm of the Chagoury Group and is a joint venture with the Nigerian Federal Ministry of Works and Housing.

The banana shaped island is approximately 1,630,000 square meters in size and it has been zoned into 536 plots consisting of 100 closes, which serve to enhance the banana shape of the island. The island is so designed to enhance the historically residential nature of Ikoyi. Residents are provided world class utilities including underground electrical systems, as against the overhead. Plot sizes range from 1000 square metres to 4000 square metres. The island is designed for a mixed development with plots for residential, commercial, recreational areas, a main piazza, primary and secondary schools, fire and police stations, clinics, hotels and club-houses. Utilities offered include underground electrical systems, an underground water supply network, central sewage system and treatment plant, street lighting and satellite telecommunications networks, as well as overhead and storm water covered drainage.

Banana Island is not just home to some of the finest Nigeria real estate, it also habours some of the most expensive properties in Nigeria. Indeed, beauty and comfort come at a price. And that price can be jaw-dropping. One of the most outstanding features of the island is the Ocean Parade Towers rising into the sky at eight floors with a penthouse. The facilities include central air conditioning, central gas syetem, laundry machine, refrigerator, gas cooker, CCTV, swimming pool, and 24 hour electrivcity supply, made possible with standby generators, a squash court, and a 24 hour security. Banana Island is reputed to be Nigeria’s most expensive neighbourhood. It is on par TriBeCa in New York Shibuya in Japan, La Jolla in San Diego, Carlifornia, Seveth Arrondissenent in Paris, Kessington Palace Gardens in London or Victoria Peak in Hong Kong. Averagely, the price of a luxury flat in Banana Island ranges between $130,000 and $200,000. This excludes $15,000 USD service charge per annum. Also, any potential tenant will be required to pay two years rent in advance. And like other luxury apartments in other areas in Ikoyi, Victoria Island and Lekki, come with in-built or detached boys quarters for domestic servants.

Normally, a plot of land in Banana Island goes for hundreds of millions. However, in most cases, billions of naira go into the erection of these buildings. Many Multi-National Companies have taken Banana Island to be their regional headquarters.

Banana Island is a man-made island in Lagos State, Nigeria that is slightly curved in shape – like a banana. It is located in the Lagos Lagoon and is connected to Ikoyi Island by a dedicated road which is linked to the existing road network near Parkview Estate. The island was constructed by the Lebanese-Nigerian Chagoury Group in partnership with the Federal Ministry of Works and Housing and is considered to be on par with the Seventh Arrondissement in Paris, La Jolla in San Diego, and Tokyo’s Shibuya and Roppongi neighbourhoods.

The original Banana Island construction project entitled “Lagoon City” was the brainchild of the Late Chief Adebayo Adeleke, a University of London trained Civil Engineer (MICE), and CEO of City Property Development Ltd.
Chief Adebayo Adeleke had originally commissioned a new urban development in Maroko, Victoria Island, but that project had been ‘acquired’ by the Lagos State government with no financial consideration paid. Following a lengthy 10 year court case, Lagos State government offered other parcels of land as consideration for the Maroko development.

Many scoffed at Chief Adeleke’s decision to select the Ikoyi Island perimeter, however they were unable to appreciate the foresight of the Chief, who promptly engaged the Westminster Dredging Company to dredge the foreshore, and create six interlinked and symmetrical islands.
He wanted to create a development that would “Make Nigeria Proud”, and engaged Minoru Yamasaki the architect of Manhattan’s Twin Towers, to design replica twin towers as the flagship iconic buildings on the main island.

To complete the Lagoon City concept, Chief Adeleke planned an aesthetic design including a City Airport, which was a vision conceived long before the London Docklands Development, London City Airport, Dubai’s Palm Islands or Hong Kong’s Chek Lap Kok Airport.
Unfortunately for the Chief, as soon as he had reclaimed the land and the brilliance of the idea was unveiled, others were determined to wrestle the land from him, and the project was ‘acquired’ again with no consideration being paid to City Property Development Limited. The ‘acquisition’ is currently being challenged in various courts, and there are Caveat Emptor warnings in place to warn prospective buyers that their investment could be at risk in future. There is also litigation pending in the UK and European courts regarding this matter.

The subsequent developers were principally interested in maximising the yield of the land at the expense of the aesthetic innovative design foreseen by Chief Adebayo Adeleke. Consequently the land was filled in to create a banana shaped island, which has resolutely failed to achieve any international iconic architectural acclaim, as it is now a residential scheme rather than the commercial development originally envisaged.

The Island is a planned, mixed development with dedicated areas for residential, commercial and recreational activities. On the residential side of the Island, planning permission is not granted for dwellings over 3 storeys high. The developers also intend to develop a main piazza, a club-house, a primary and secondary school, a fire and police station and a medical clinic. They are also negotiating to build a 5-star hotel on the island, along with an array of smaller Guest Houses.

Banana Island hosts several high end residential developments such as Ocean Parade Towers – a series of 14 luxury tower blocks strategically situated at one end of the island to take advantage of 180 degree panoramic views overlooking the lagoon. Similar to many of the developments on the island, it has dedicated leisure facilities such as a private health club – with tennis courts, squash courts and a swimming pool surrounded by extensive gardens. At launch flats in Ocean Parade sold for over US$400,000.

NOTE=> THESE PICTURES DO NOT BELONG TO T.I.N MAGAZINE, THEY  ARE RESULTS FROM SEARCH ENGINES. 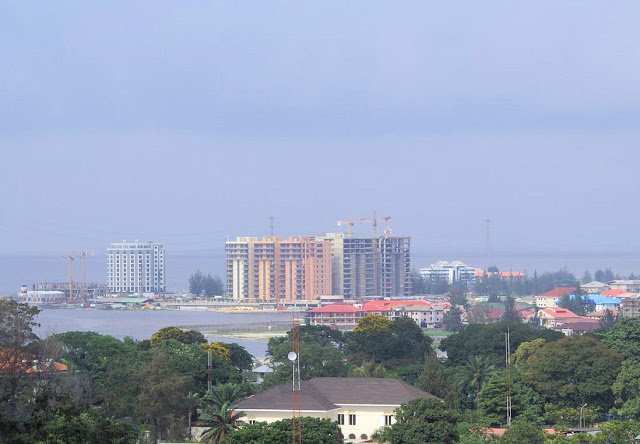 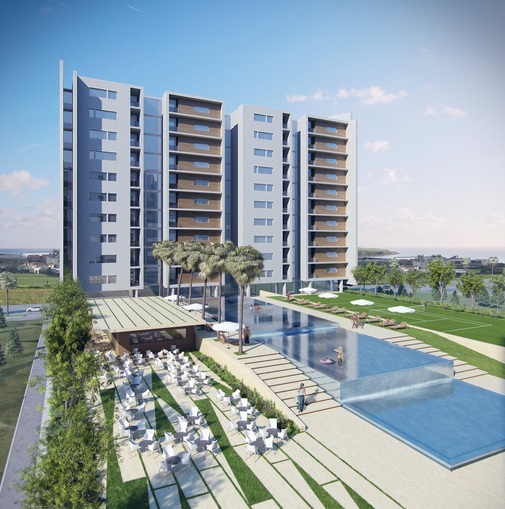 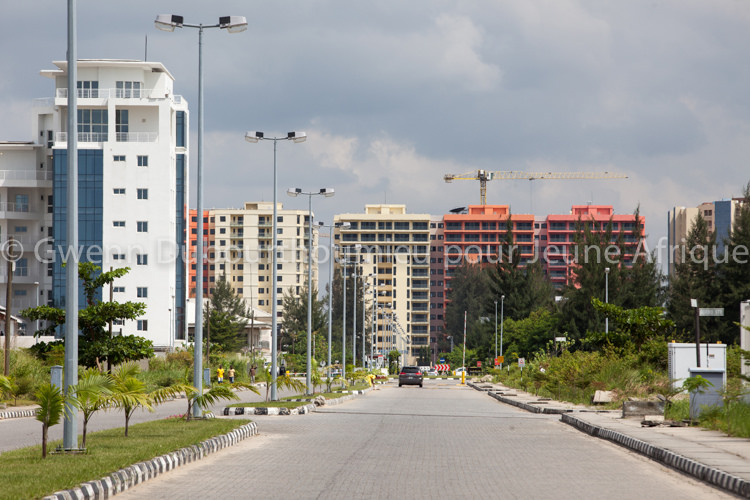 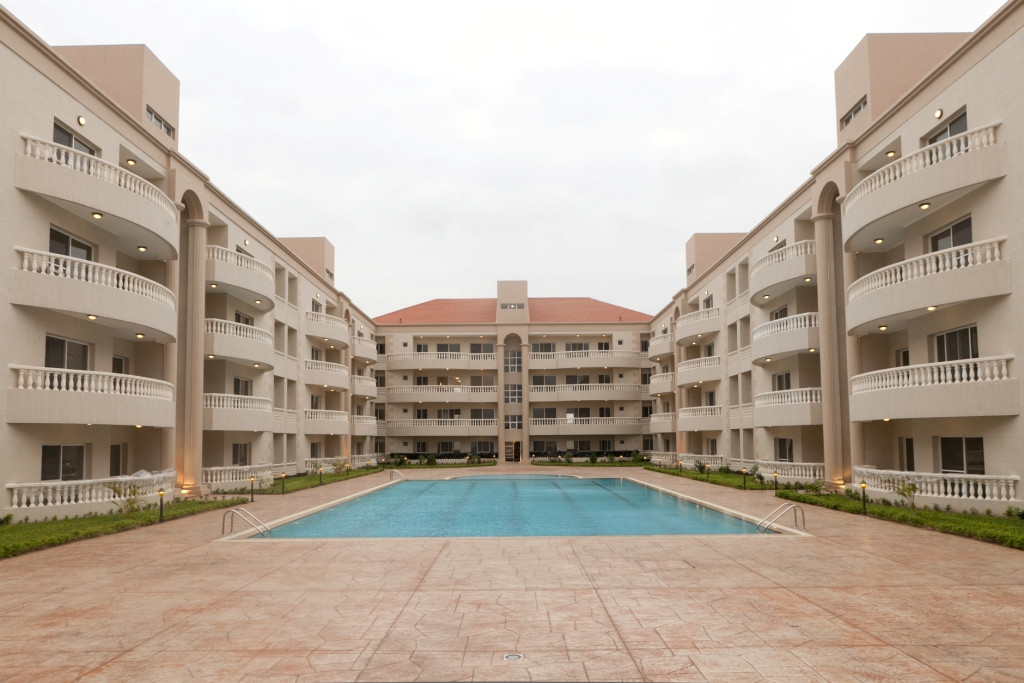 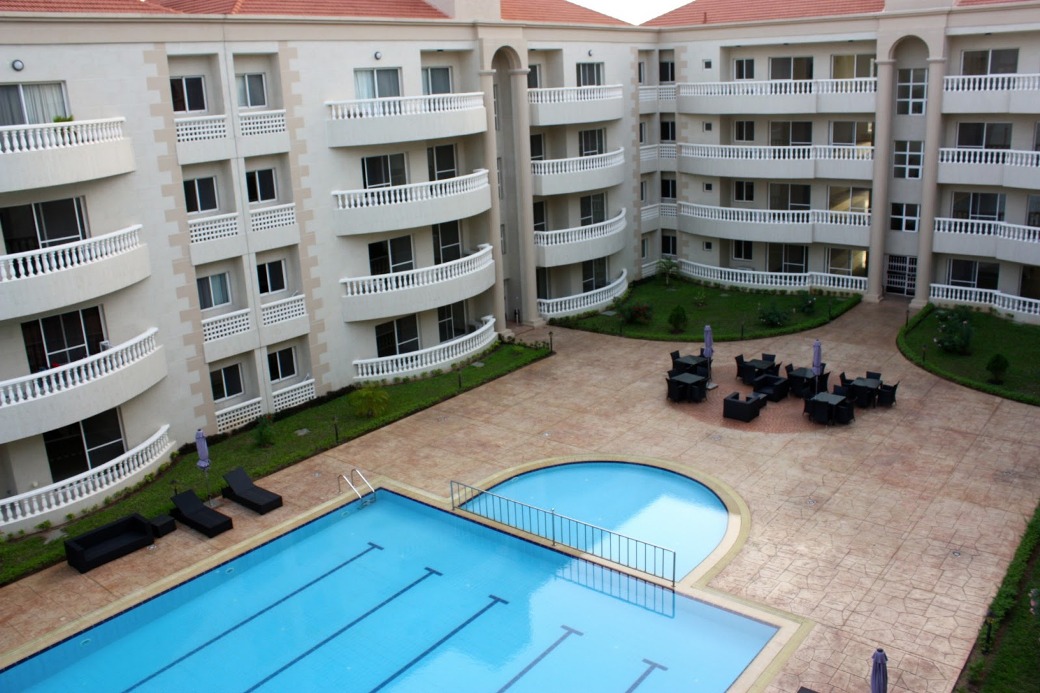 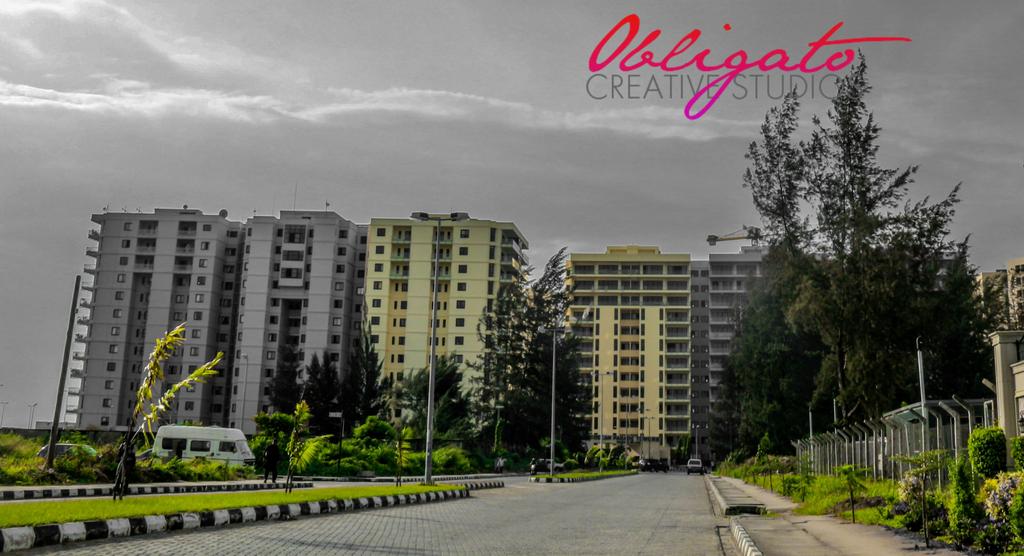 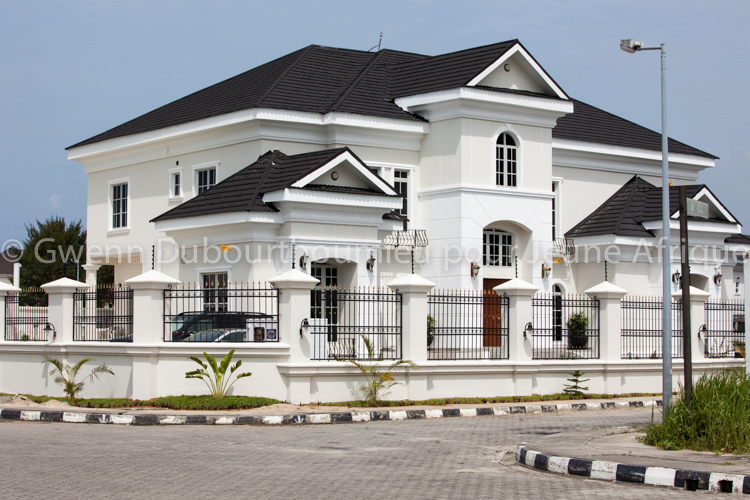 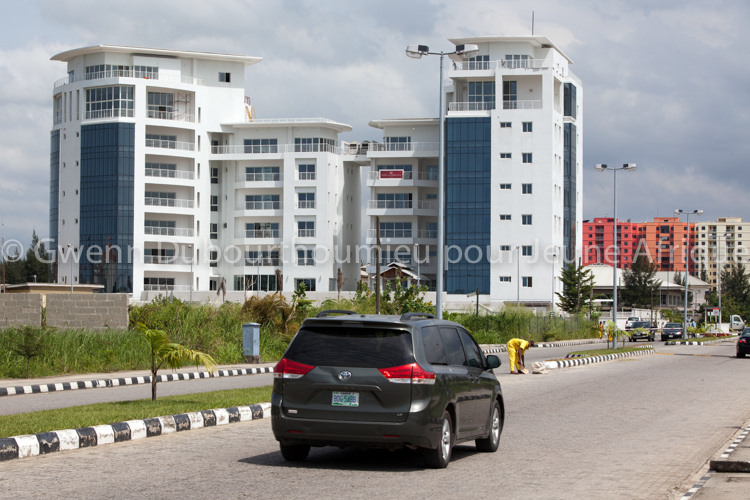 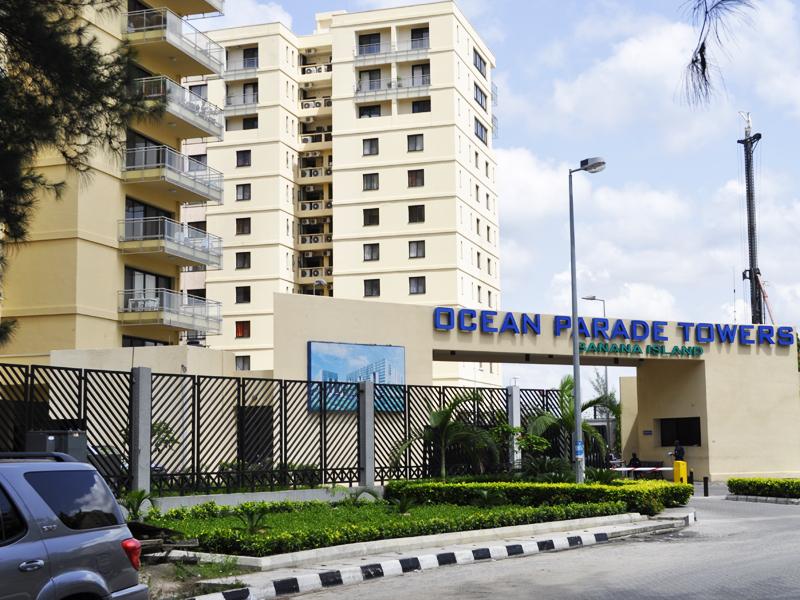 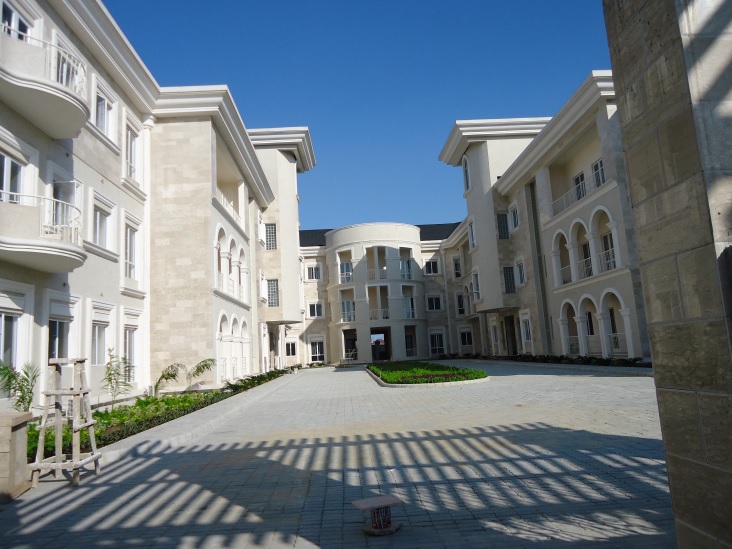