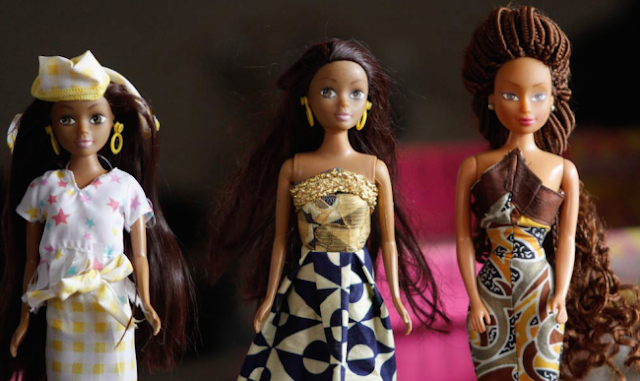 Taofick Okoya chose to create a doll that little Nigerian girls could identify with, and so the journey began in 2007.
Taofick Okoya started making black dolls because he had heard his daughter wishing she was white
Taofick’s dream became reality after he tried to get his niece a black doll from the shops and couldn’t find any. He decided to start his own line of Nigerian dolls, recreating both the skin colour and mode of dressing.
He started the doll line called Queens of Africa, where he focused on creating traditional wears and accessories for them which depict the three main tribes in Nigeria (Yoruba, Hausa and Igbo).
The dolls are currently outselling the popular Barbie doll in Nigeria, they are said to be selling about 9,000 pieces monthly. They are being sold for about £4.50 (N2,500) in stores.
Speaking about how well his dolls are doing, Okoya said:
“My mission is to make the Queens of Africa a symbol of hope, trust, and confidence by promoting African history, culture, and fashion.”

The dolls are currently outselling Barbie in Nigeria
He said his daughter had once said she wished she was white, even though they live in Nigeria.
”[This] might have been responsible for her wishing she was white. It made me aware that I needed to make her proud and happy being a black African girl, and not limit it to her alone as this was a common trend among the younger generation. The Queens of Africa became a platform to achieve this.” 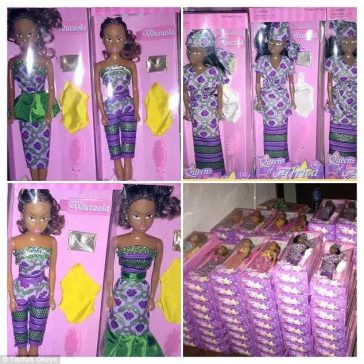 The Nigerian dolls represent the three major tribes in Nigeria
Even though Okoya has not been allowed to sell the dolls in mainline stores in America, he has an online presence that fetches him customers from Brazil, Europe and America.
See video of him below: