Horrifying photographs showing pregnant women and children among dead
migrants found in a rubber dinghy has shone a light on the grim reality
of the desperate scramble to cross the Mediterranean into Europe. 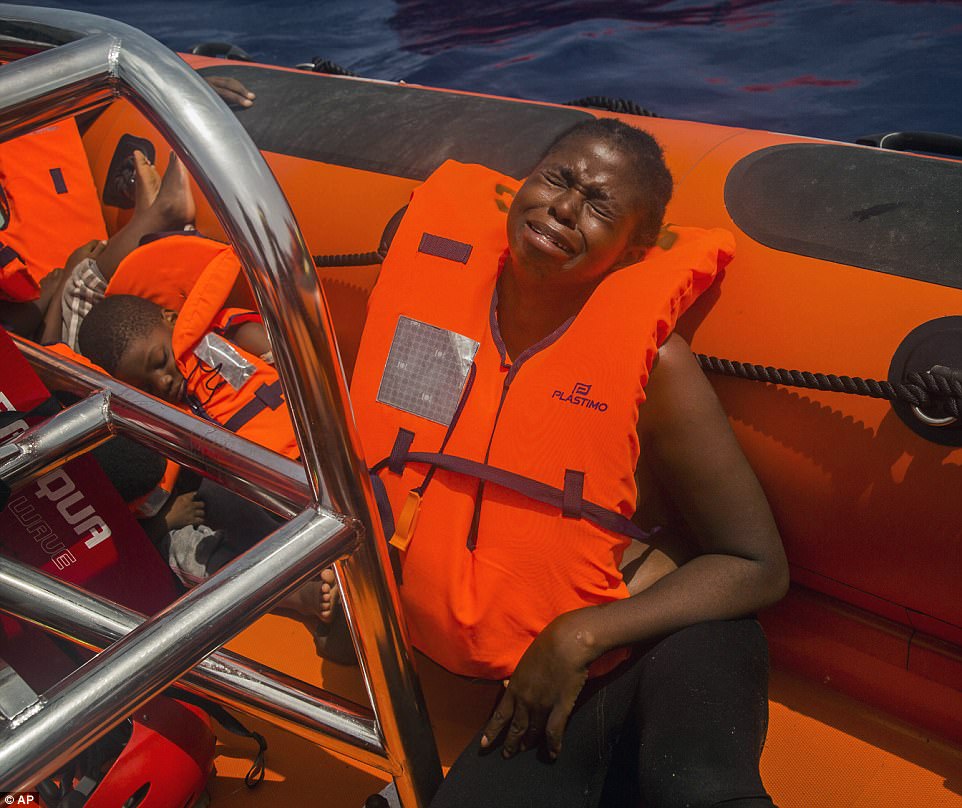 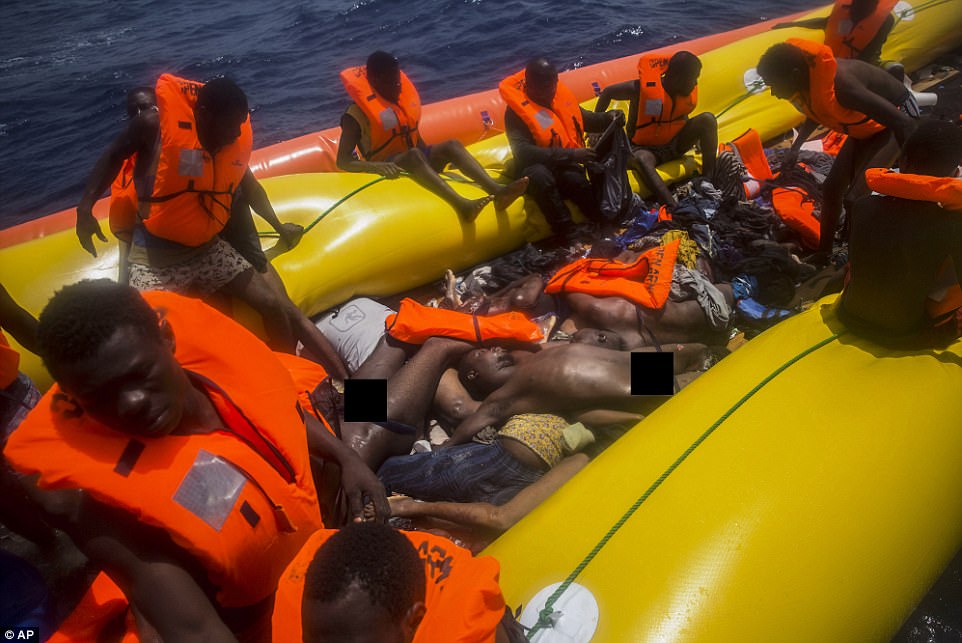 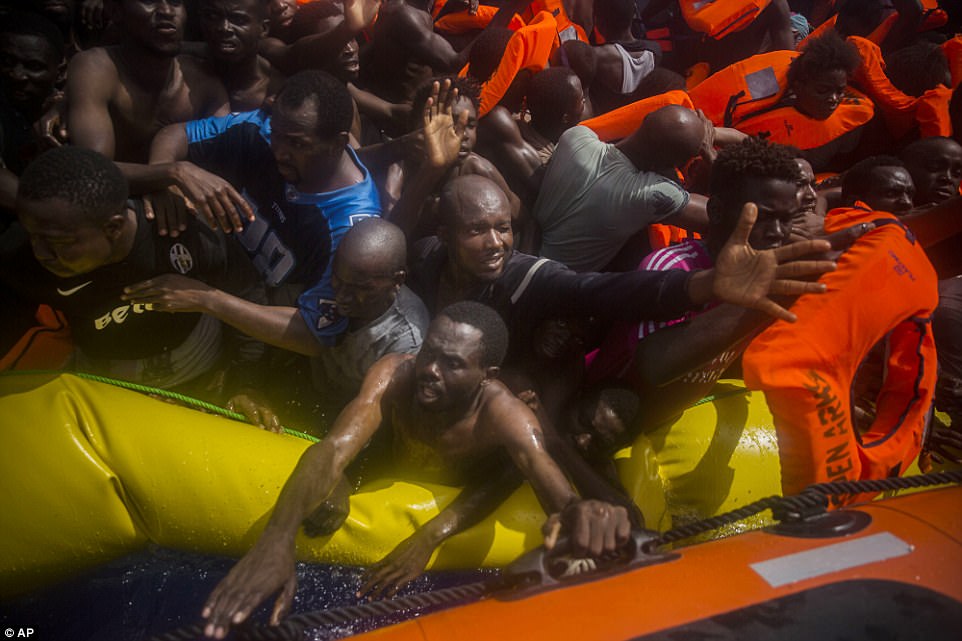 A
Spanish charity found 167 migrants alive and 13 dead in yet another
rescue operation involving rubber boats crossing the deadly stretch of
sea.
More than 2,200 migrants have died trying to reach Europe
across the Mediterranean so far this year according to the International
Organization for Migration – meaning on average 10 people a day die
making the journey.
The latest grim salvation mission was 15 miles
off the coast of Sabratha in Libya and the migrants on board were said
to be sub-Saharan and the failed journey resulted in more than a dozen
deaths.
As some migrants’ corpses lie naked in the middle of the
dinghy, others can be seen in the pictures sitting around in
life-jackets waiting to be rescued.
The European Union has
extended the mandate of its naval operation targeting migrant smuggling
in the Mediterranean until the end of 2018 and tasked it with monitoring
illegal oil trafficking from Libya.
Operation Sophia, which has
naval ships and aircraft monitoring the Mediterranean, aims to disrupt
smuggling networks and train Libya’s coastguard as a way of stemming the
flow of desperate migrants attempting the risky crossing from Libya to
Italy in unseaworthy boats. 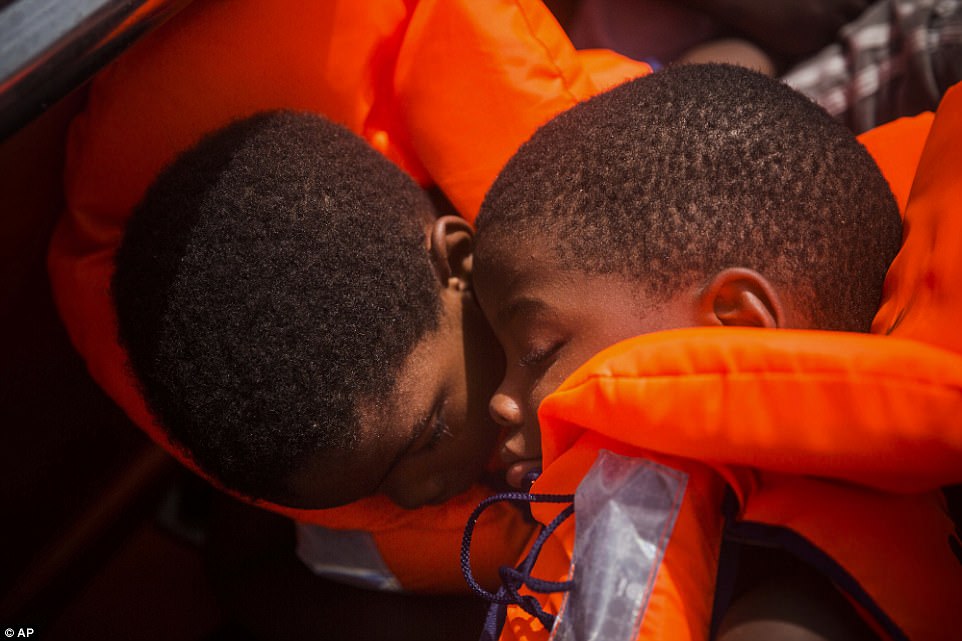 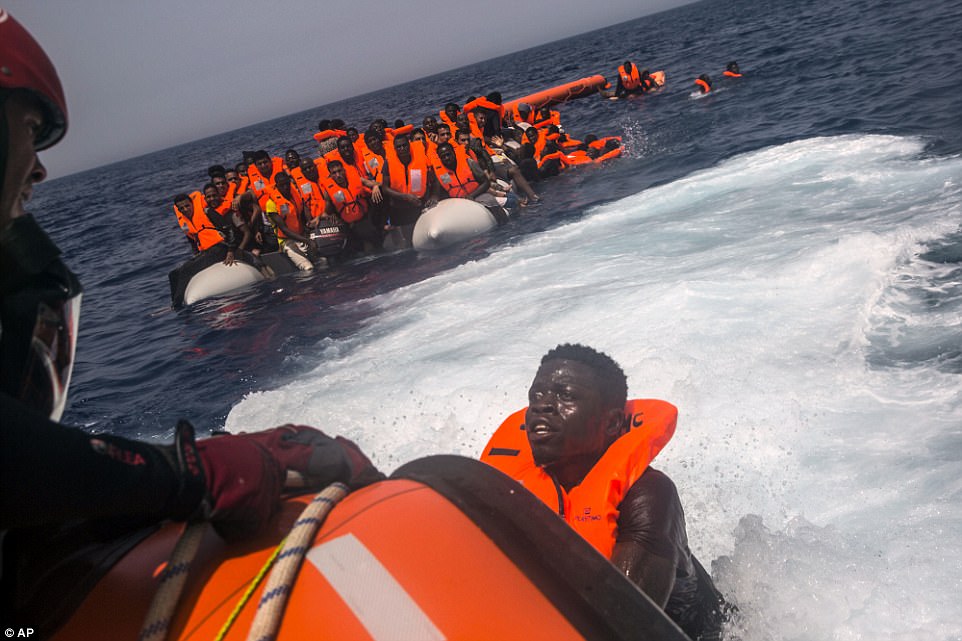 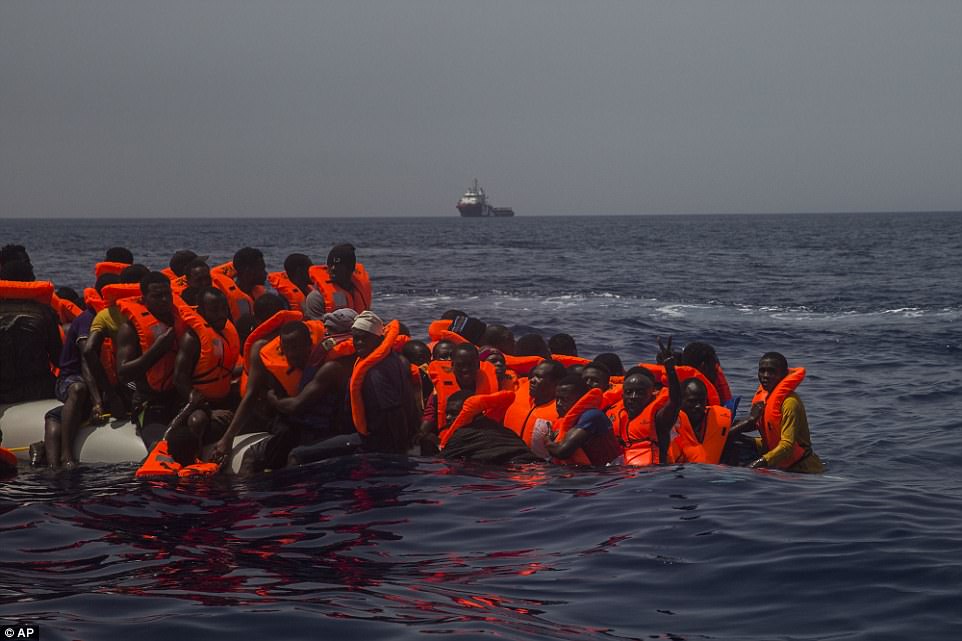 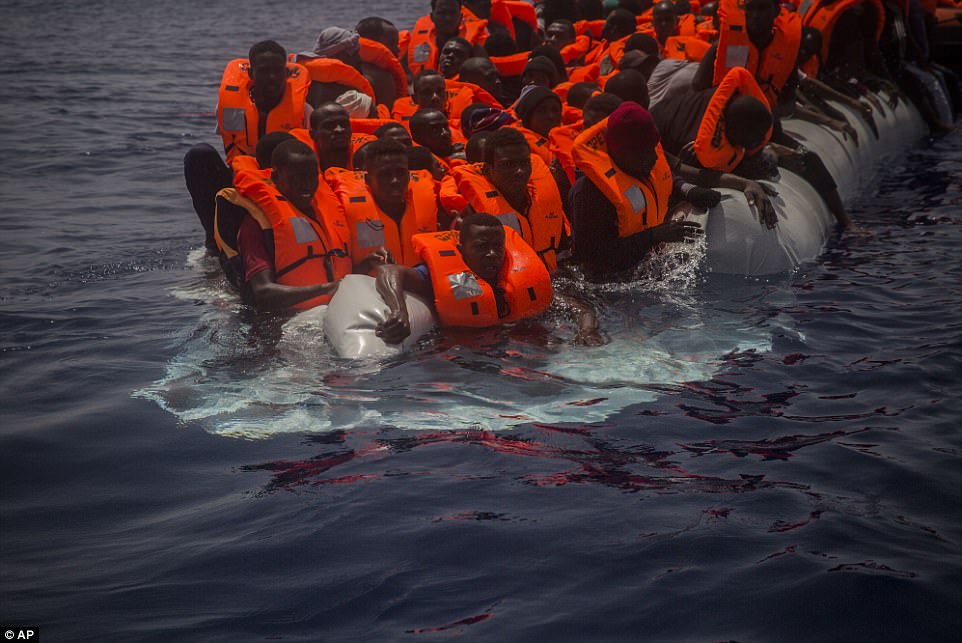 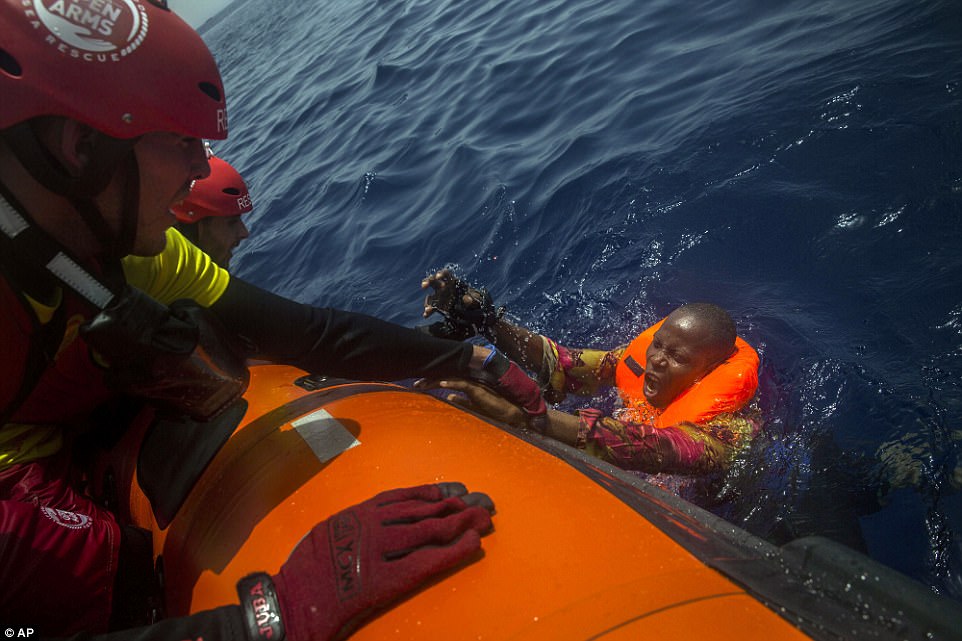 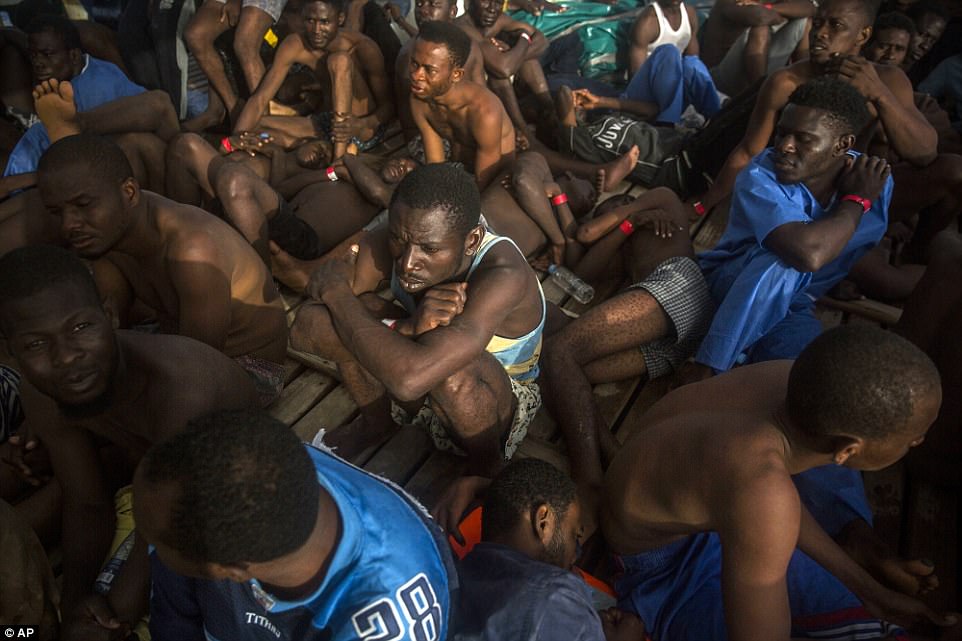