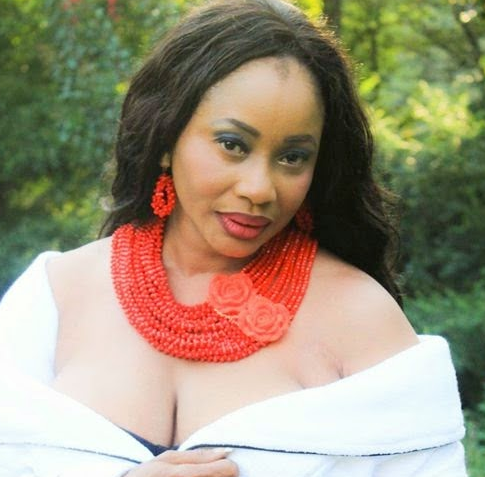 The
Nigerian movie industry is made up of very talented people who are not
only skilled in their craft but also physically attractive.
The female celebrities in the industry are not exempted as they have always turned heads both on & off screen.

Check out 8 veteran Nollywood actresses who are over 45 and still stunningly ageless.

Well
celebrated Nigerian actress, Joke has been married to veteran Olu
Jacobs for over 30 years. The 56-year old who is a  graduate of the
University of Lagos and Webber Douglas Academy of Dramatic Art in London
is still a head turner at her age.

The
53-year old actress who battled with a long term illness some years
back is one of the pioneers of Nollywood and year in year out she stays
ageless.

Clarion
Chukwura is a Nigerian actress and humanitarian who was recognized as a
United Nations peace ambassador for her charity work across Africa.
The too -hot-to-handle 52-year old is the mother of top music video director, Clarence Peters .
4. Eucharia Anunobi

Sultry Nollywood actress, Eucharia is a 51-year old actress, producer, and pastor who is best known for her role in the movie ‘Abuja Connection’.
She got married to a certain Charles Ekwu in 2000 and the union ended in 2009. The duo had a son together.

Liz
Benson whose daughter got married on April 8 is an evangelist and
Nigerian actress., began acting when she was just a kid. She became
popular when she featured in Fortunes, a television soap opera in 1993.
Liz Benson has remained a paragon of beauty. She is 51 years old.

Ngozi Ezeonu is a 51-year old Nigerian actress who starred in ‘Adesuwa’,
a role that earned her a Best supporting actress nomination at the 8th
Africa Movie Academy Awards in 2012. The light skinned actress continues
to steal hearts with her gorgeous look.

Gloria
Anozie is married to Nobert Young celebrated her 50th and 25th
anniversary in the movie industry on Feb 5, 2017 is a seasoned Nollywood
actress who made her first appearance on Charly Boy Show and shot to
limelight after her role in ‘Glamour Girls’.

Bubbly actress, Sola Sobowale who killed it in Kemi detiba’s ‘The Wedding Party’ is in her 50s and would readily give any young woman a run for her money. She has 5 children.