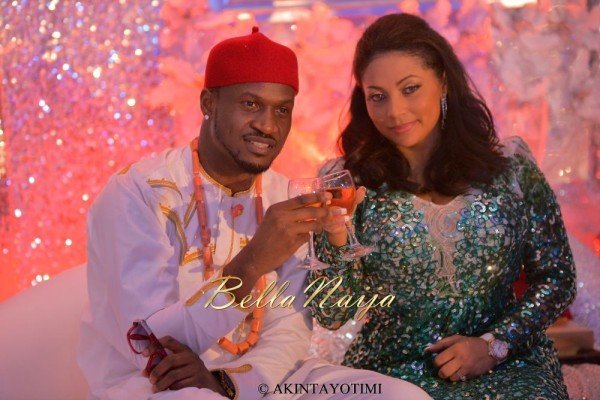 Gone are the days when marriage was solely for an older man and a
younger woman. Love is taking front seat and age is relegated to the
back seat. As they say, age is nothing but a number, isn’t it?

Living
in a society where women are meant to be seen not heard, the men are
expected to be muscular, stronger, husky and older. There used to be
stigma attached to being married to younger man. Well, nowadays the
stigma is fast fading away.
Here are the list of 5 celebrity women
who are married (dating) to their equally famous partners that are way
younger than them in age:

Celebrity
dancer and Guiness book record holder, Kafayat Shafau aka Kaffy got
married to Psquare drummer, Joseph ‘Pappy J’ Ameh on June 2, 2012 in
Lagos. Kaffy is actually eight years older than her husband but the age
difference doesn’t seem to show at all.
The couple are happily married with two children, a boy and a girl.

Before
now, Lola Omotayo was at the receiving end of people’s criticism ever
since her relationship with Psquare’s Peter Okoye was under public
glare. She is said to be at least 3 years older than the singer. They
had been dating for many years before tying the knot.
The couple
got married on November 19, 2013, in a traditional marriage ceremony and
had their civil ceremony on January 2015. They have two children
together, Cameron and Aliona.

Deola
Ayeni, an entrepreneur, married R&B singer, Dare Art Alade on
February 17, 2007. Deola is eight years older than her husband. The
couple have been married for nine years and are blessed with two
beautiful children. Darey had attributed the success of his annual show
”Love like a movie” to his wife.

Nollywood
actress, Ann Njemanze made us stay glued to our televisions in the 90s
while she was married to popular actor, Segun Arinze. However, after
their divorce, Njemanze went out of the Nollywood scene. She got married
to her new husband, Silver Ojieson, in 2013, and she admitted to
journalist that he’s five years younger than her.

Before their breakup, Soul E and Queen Ure were in love……
Despite the fact that Queen Ure was 11 years older than Soul E the duo were everywhere.

Soul E and Queen Ure’s interview (Google)
In one of their major
interviews years ago when they were still very much in love, they both
addressed their wide age gap saying, ‘love conquers all’.