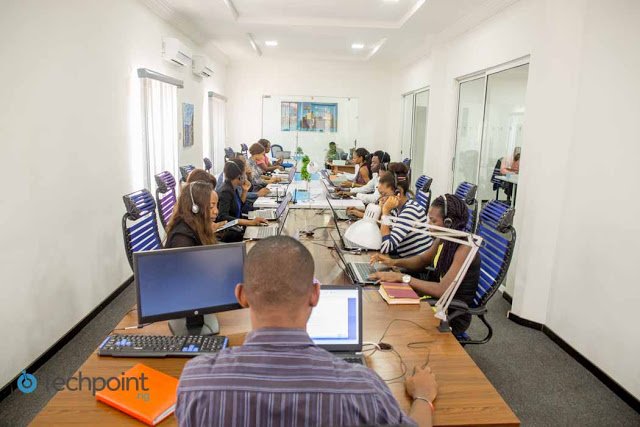 With over 91 million internet users in Nigeria, the country has been ranked number one in Africa in terms of internet usage.
Access
to the Internet is fast becoming a human right in the eyes of millions
of people from around the world. This is because the Internet has
evolved to a point where people see internet access as vital for them to
exercise and enjoy their rights to the freedom of expression and other
fundamental human rights such as education.

This view however is
one that is enjoyed by people in first world countries where internet
access is cheap and readily available.
On the African continent
however we face many challenges that need to be overcome before this
dream can become a reality. Cost, scalability, power outages and
education barriers are just some of the many challenges facing the mass
roll out of internet on the continent.
These challenges combined
with other economical and sociological barriers see that Africa makes up
just 9.1% of the worlds total Internet usage according to Internet World Stats.
Although this 9.1 % might look like a lot when compared to the 8.7% of
North America or the 0.3% of the Middle East, the fact that there is
almost a billion more people living on the African continent than in the
Middle East and North America shows just how poor the internet
penetration is.
Out of an estimated 1,246,504,865  people living
in Africa, just 335,453,374  have access to the internet. This leaves
Africa with a 26.9% penetration rate according to Internet World Stats,
which when compared to the penetration rates of North America, 88.1%,
Europe, 76.7% or even the Middle East at 56.5% and Latin America/
Caribbean at 59.4%, it is clear that the internet access is far from
becoming a human right in Africa.
Although these statistics may
paint a bleak picture, there are still many African countries who are on
the right path and make up the bulk of the internet usage.
Here are Africa’s top 7 Internet Using Countries: 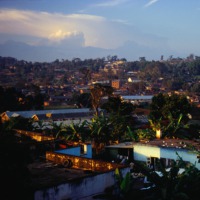 7) Uganda
Uganda is a landlocked country in East Africa and is the worlds second
most populous landlocked country in the world with an estimated
41,652,938 people living in the country. Uganda has an internet
penetration rate of 28.6 % with just 11,924,927 people having access to
the internet. The country is Africa’s 7th highest internet using country
making up 3.6% of the continents total usage. 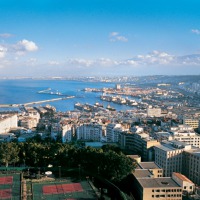 Algeria is a
North African country which is located on the Mediterranean coast line.
There is an estimated 41, 063, 753 people in Algeria but with just
15,000,000 of those people having access to internet the country has an
internet penetration rate of 36.5%. Algeria makes up 4.5% of Africa’s
total internet usage making it the 6th highest internet using country on
the continent. 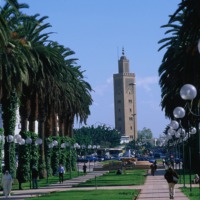 This North African
country borders both the Mediterranean sea and the Atlantic Ocean.
Morocco has an estimated population of 35,241,418, with an internet
penetration rate of 57.3%, meaning 20,207,154 people in Morocco have
internet access. The country is Africa’s 5th highest internet using
country making up 4.5% of the continents total. 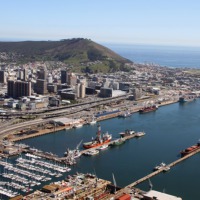 Located on the Southern tip
of the continent, South Africa has an estimated population of
55,436,360. Out of this total population 28, 580, 290 have access to the
internet leaving the country with an internet penetration rate of
51.6%. South Africa contributes 8.5% to Africa’s total internet usage
making the it Africa’s 4th highest internet using country. 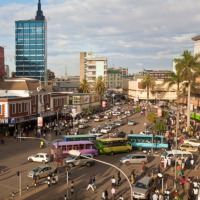 Kenya is an
East African situated with a coastline on the Indian Ocean. There is an
estimated 48,466,928 million people living in Kenya, with 31,985,048 of
country’s population being able to access the internet, Kenya has a
internet penetration rate of 66%. This leads Kenya to contribute 9.5% of
the continents total internet usage and thus making it Africa’s 3rd
highest internet using country. 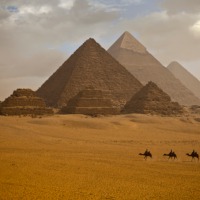 North
African country Egypt has an estimated population of 95,215,102. Out of
this total population just 34,800,000 have access to the internet
leaving the country with an internet penetration rate of 36.5%. Egypt is
Africa’s 2nd highest internet using country making up 10.4% of the
continents total. 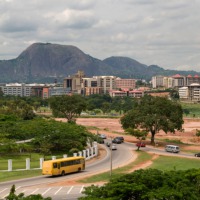 West African
country Nigeria is Africa’s most populated country with an estimated
191,835,936 living in Nigeria. The country has an internet penetration
rate of 47.9% as 91,880,032 of the country’s population has access to
the internet. Nigeria is ranked as African’s highest internet using
country, making up 27.4% of the continents total usage.