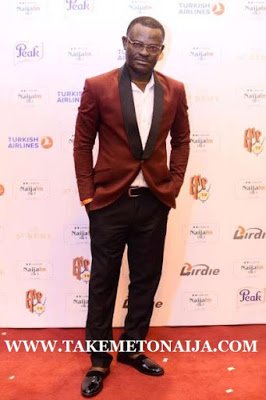 INTRODUCTION
Francis Odega is a Nigerian comic actor best known for the Gerrarra Here Mehn!! Shiiii Mehn!! video clip which brought him to limelight. He also starred as John Bosco in the movie House of Gold.
In 2015, the comic actor became a brand ambassador to the telecom giant Etisalat

Nollywood comic actor, Francis Odega, is a native of Aniocha in Delta
State. He holds a degree in Economics from Ambrose Ali University.

He revealed in a recent interview that he is a natural actor and has
always had passion for acting hence his ability to translate whatever
role is assigned to him. He was mentored by Late Sam Loco Efe who is one
of the pioneers of comedy in Nollywood. His first television appearance
was in 1996 in a movie titled ‘Apama’ and he has since starred in over
300 movies.

Seen by many as one of the biggest social media sensations in recent
times, Francis Odega has been counting the gains of the video clip that
turned him into an online hit.

Ironically, none of the past movies in Odega’s movie career since
1996 has brought him as more popularity as the video, which does not
last more than five minutes.

So popular was the short video that it got the attention of American
rapper, 50 Cent who found it very funny enough to repost on his
instagram page to his millions of fans.

After we digged on Francis Odega we were able to uncover that it was one
of his close friend that uploaded a clip of his old movies when he
stirred a little humour saying,“Gerrarra Hia Mehn Shiiiiiiiii” but never
knew this little joke would take him from where he is to where he wants
to be .
Frank Odega
This little and playful skit got him
recognition and he was signed by Nigeria giant Telecommunication network
Etisalat Nigerian as a brand ambassador, Francis is now of the most
soughted after Nigerian celebrity at the moment.

Just few days
after this clip went viral on the net Francis Odega has automatically
turned a big celebrity . His clip trended on social media and
even got a thumbs up from world famous rap star, 50 Cent who now
follows him on Instagram along with another rap legend, Snoop Dogg and
Tiny Tempah.

Francis Odega is happily married and blessed with
children , in a recent chat his wife revealed that she was the one who
approached him and confessed to be a huge fan of his, that was how
everything started before they took it to the next level .

Some
of his movies include Thick madam, My romeo boy, female hunterObosi
Husband, Classic love, House of Gold,Welcome to South, Back from South
and Agony of South just to mention a few

“I am pleasantly surprised that just one scene from a movie, which I
starred in three years ago, has suddenly brought me so much attention
and fame,” Odega recently told Punch.

“I don’t really know why it has taken the movie three years to garner
this sort of recognition. I joined Instagram two months ago, after some
social media-savvy friends of mine played the Gerara Here video, which
was posted on Instagram for me. The number of comments that trailed the
post blew me away and I decided to join the platform almost immediately.
Within a month, I had 3000 followers and currently have 18,600 fans,”
the actor said in respect to the sudden popularity of the video.”

The three-part movie entitled Welcome to South, Back from South and
Agony of South was shot in South Africa and Nigeria and starred Francis
Odega alongside Imeh Bishop and Dede One Day.

According to Odega, “It was an indescribable feeling and I also felt
honoured when 50 Cent began following me on Instagram. Snoop Dogg also
followed suit shortly after. Both artistes are obviously huge fans of
mine. Don Jazzy, PSquare, Patoranking, M.I, Sound Sultan and many other
Nigerian music stars also follow me on social media.”

“Etisalat recently made me its ambassador because of the attention I
have been receiving. I recently had a photoshoot for the billboards and
will shoot the television commercial for the brand very soon. The
concept of the billboard adverts revolves around the ‘Gerara Here’
concept,” he said.