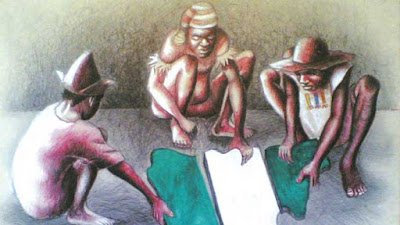 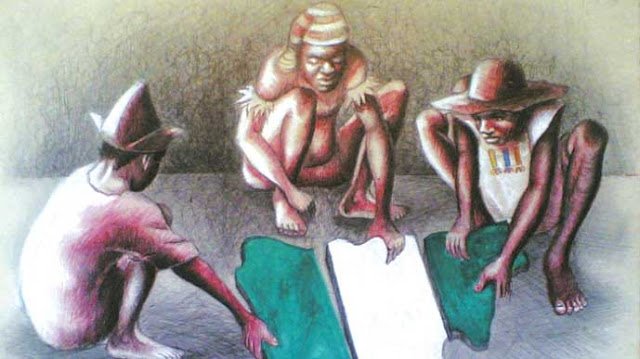 What are the facts about Nigeria you have probably
not read before? You might have read a lot about Nigeria, but you
probably have not seen any of these:
1. The oldest water works in Africa was found in Nigeria.

A mini water works built by past Lagos governor, Babatunde Fashola
2. Nigerians have the highest number of PhD’s of any sub group in the United States.

Africa’s
youngest PhD holder is Olaoluwa Hallowed Oluwadara whom at 24, is
Doctor of Mathematics, having a Cumulative Grade Point Average (CGPA) of
5
3. Nigeria has the highest number of twins in any country.

Henry and Stanley Maduabueke, 18-year-old twin brothers from Abia
4. Nigeria is the fastest growing market for private jets after China.

Nigerian musician, Davido with his private jet
5. Nigeria is the fifth fastest growing internet population in the world.

The proliferation of smartphones and cheaper data has pushed cyber cafes out of business and brought more Nigerians online
6.
The oldest iron works in sub Saharan Africa were smelted in what is
today Nigeria. These folks, the ancestors of modern day Nigerians made a
mysterious and unparalleled transience from the Neolithic to the Iron
Age, bypassing a bronze age, how they did it is still not known.

Some of the Iron works sculptures are still in existence
7.
The Nok culture is the oldest known Iron making culture in sub Saharan
Africa, this culture dating from between 1 000 BC to 500 BC,
independently worked iron, domesticated the horse, continued for some
time and then mysteriously vanished leaving only figurines of the type
below behind:

The
ancient Nok culture has been a source of many discussions. Efe Paul
Azino a Nigerian poet mentions it in his popular poem, ‘History is’
8.
The Dufuna canoe is the second oldest water going vessel ever unearthed
and the oldest in Africa, it is between 8 000 to 8 500 years old and
was uncovered in Northern Nigeria.

The Dufuna canoe is the third known oldest worlwide
9. Nigerian news station NTA was the first opened by Black Africans.

NTA
is a Nigerian government-owned and partly commercial broadcaster that
was inaugurated in 1977, at inauguration it had monopoly on television
broadcasting in the country
10. Nigeria
is home to the single largest monument in Africa (Sungbo’s Eredo), which
is also the largest city of the medieval world. It took over a million
more man hours to build than the great pyramid of Giza.

Sungbo
Eredo, situated off the main road in rain forest. It’s a 100-mile-long
wall and moat whose construction is believed to have began a millennium
ago
11. Nigeria has over a million
applicants for University places every year, only 30% get admissions and
there are only 122 universities to serve them.
12.
The first Black African to win gold at the Commonwealth games and at an
international sports event was Emmanuel Ifeajuna, a Nigerian
high-jumper. He broke all records of the time by clearing a height of
6ft and 8in.