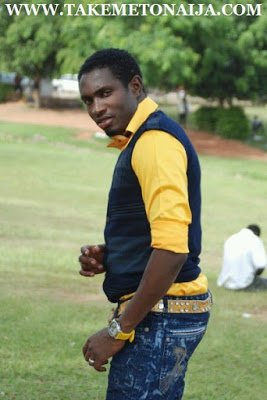 
Sadiq Sani is a popular Nigerian actor in the Kannywood movie industry, he started in 2004 and he had his major break out in 2012. He’s been doing great ever since

Sadiq Sani Sadiq was born in Unguwar Gangare, in Jos North Local Government Area of Plateau State. He did his primary school in Gangare, while he had my secondary school education in Jos. From there he went to School of Continuous Education, University of Jos, where he had his diploma in journalism before venturing into film acting.

SPEAKS MORE ABOUT HIS BACKGROUND:
What was the attraction for you to join the Hausa movie industry?
“To be honest I started nursing the ambition of becoming a film star since my secondary school days. So, it is the interest I have in the profession that gave me the push to join the Hausa movie industry. Again, I have a friend with whom we schooled together; he is now a director called Bello Muhammad Bello. He has been recording films since when we were in school, that also influenced me to a great extent. And when I started I realised that it is much more than just interest; it is actually something through which I can earn a living and even take care of my dependants.”

Within the shortest possible time, Sadiq, also known as Gambo Uban-Tani, created a niche for himself and registered his name among the A-list stars in Kannywood, which earned him HENNA-BALL awards as Kannywood’s BEST ACTOR 2012. In this chat with AL-AMIN CIROMA, the Kannywood Hero spoke about his journey in the Hausa film genre and his achievements so far.

At least, he has featured in about 50 films that have been released into the market.
In an interview he mention out of the films he’s starred in the one he loves most is ‘Yan Uwan Juna’.
“The reason why I like that film is because I appeared as Hassan and Hussain, a double role. We were born twins. One is physically challenged and calm, very simple. The other is able-bodied, quick to temper and troublesome. I have never acted like that in my entire career.” He says.

His first film is called ‘Nas’; the second which was an English film is called ‘Beats of Pain’ which he did under Lenscope Media Company in Jos. The film series aired on television. There are also ‘Masarufi’, ‘Haraba’, ‘Su’al’, ‘Haula’, ‘Sarki’, ‘Ga Zara Ga Wata’, ‘Maryam Diyana’, ‘Yan Uwan Juna’, ‘Dan Marayan Zaki’, ‘Adamsy’, ‘Hadarin Gabas’.


SPEAKS MORE ABOUT HIMSELF AND THE INDUSTRY:

What are the challenges you are facing as an actor?
“Challenges are a reality of life, no matter what endeavour you are into. I have faced so many challenges in filmmaking; the one I cannot easily forget is the one that led to my incarceration. What actually happened was that, at a time I was trying to find my footing in the Hausa film industry, I was involved in a controversy while I was living in Kaduna. Some people recorded a song in which they defamed the Governor of Sokoto State, Aliyu Magatakarda Wamakko. Initially they alleged that the song was done by Adam A. Zango. And that time we were sitting inside Adam A. Zango’s company known as Zango Movietone, when some security operatives came looking for him (Adam A. Zango) and didn’t find him, but they met, Zahradeen A. Sani, Hamza M. Adam and Hafsat Suleiman (a female radio journalist based in Kaduna) and myself. They arrested and took us all to a police station, before they took us to court. Eventually, they took us to prison where we spent days before we were freed.
I had to endure a lot of abuse and maltreatment but in the end, with tenacity and perseverance as well as loyalty, I am now a force to reckon with.”

Some say Hausa actors are promoting immorality instead of addressing them. What is your take on this?
“Well, you know it has to do with perception. People perceive things differently. You don’t just label allegations against people. What I want to say is, if truly you are morally sound, and educated in both modern and religious knowledge, you will understand. I want people to take Indian, American, Ghanaian films or even those from the south and compare them with Hausa films and see if really Hausa films are promoting immorality. Take 20 houses in Nigeria, you will find like 10 watching one of those films I mentioned earlier. So ask them, which films are promoting immorality.


I want our viewers to appreciate the fact that all the Hausa movies they see us do are being built on our attitude, culture and religion. They should understand that what we are doing is to identify a trend, develop it into a story and pass a message to the viewers so that we can collectively address that trend. If I appear in a film as a cheat or an addict, that does not mean I am into those negative habits. No, what it means is that I am trying to pass a message to the viewers to know the ills associated with such acts. I may therefore behave as a cheat or an addict, but that is where it ends. So if you are from a good home, and you watch those acts, you will move further away from such vices. Same thing if you are from a bad home. So people should know that we are enlightening the people not exposing them to immoral acts. We are actually discouraging not promoting immorality.”

Sadiq Sani Sadiq, got married to Murja Shema, the younger sister of the Governor of Katsina State, Shehu Shema in 2013.

The three-week wedding ceremony which stated on March 2 was
extravagant witnessing a football and a polo match. The entire members
of the Kannywood industry stool still for the event. At the wedding
fatiha (ceremony), the brother of the bride and Governor of Katsina
State, Shehu Shema, prayed for the bride and groom and wished them a
happy married life.

The groom, popularly called Dan Marayan Zaki, a role he played in
what is at the moment the most expensive movie ever produced in the
Kannywood, said his marriage will not stop him from acting.

“My wife likes what I am doing; and she is not complaining,” he told PREMIUM TIMES.

The actor told his fans to expect a lot more from him.

Sadiq, who came to limelight recently, got the lead role in movies
like the Danmarayan Zaki, a film that featured Kannywood big actors and
actresses.

He also featured in one of the best selling movies of Kannywood, Wani
Gari. According to a movie marketer, Wani Gari is the Hausa movie with
the highest number of sales in a long while.