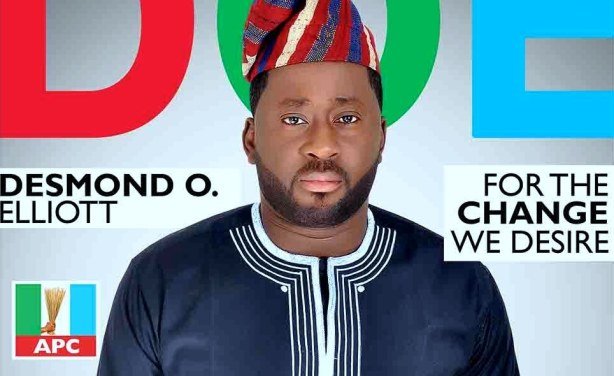 Today we bring to you an interesting list, this one shows us Nigerian entertainers that have ran for public offices or that has been appointed into one.
It is now a common trend for a lot of successful Nigerian celebrities
to resort to carving a niche for themselves in politics and other
fields.
Here is a list of top Nigerian celebrities who have joined politics.

Veteran
actress Kate Henshaw contested at the PDP primaries in Calabar state
but did not win. However, in December 2015, Kate Henshaw was made
Special Adviser, Liaison, Lagos to Cross River state.

Singer,
Abolore Akande popularly known as 9ice contested in 2015 for the House
of Representative seat in Oyo State but lost at the primaries. The
musician still landed a political appointed under the current Ajimobi
led administration as the Special Assistant to the Governor on Youth
matters.

Bob-Manuel
Udokwu is a veteran Nollywood actor who contested for the position of house of assembly for the Idemili North Local Government Area for Anambra
state in 2015.

Nollywood veteran actor, Richard Mofe Damijo was Commissioner of Culture and Tourism in Delta State from 2009 till 2015.
7 Hilda Dokubo

Ace
Actress, Hilda Dokubo was one of the first Nigerian celebrities to get
into the political game. She was appointed Special Adviser on Youth
Affairs to the former Rivers state governor, Peter Odili in the early
2000’s.

Popular
yoruba actor,  Femi Adebayo was made the Special Adviser to the
Governor of Kwara State, Abdulfatah Ahmed on Arts, Culture and Tourism
in February 2016.

He
joined the then ruling People’s Democratic Party (PDP) and had his eyes
on the seat of House of Representatives, member for Ahiazu/Ezinihite
Mbaise Federal Constituency in 2011. However, he lost in the primary
election.

Anthony
Olanrewaju Awotoye, popularly known as Tony Tetuila, who hails from
Irepodun Local Government Area of Kwara State, contested for the 2015
National Assembly election for the House of Representatives’ seat of his
home constituency on the platform of the All Progressives Congress
(APC) which he later lost.

Gift
Iyumame Eke aka Muma Gee contested for the Federal House of
Representative in Abua/Odua and Ahoada East LGA of Rivers State under
PDP’s big umbrella.

Funke
Adesiyan is a Nollywood actress who was seeking office in Oyo state as
she contested for the Ibadan South-East constituency seat in the Oyo
State House of Assembly.
16. Kenny Saint Brown

Ksb
as she is fondly called may not be that relevant today but she is still
no pushover in the music industry. She contested for the Lagos state
house of assembly Ikeja constituency under the APC but did not win.

Popular
TV presenter and co-founder of Primetime Entertainment, Dayo Adeneye
popularly known as D1 contested for the Ogun State House of Assembly at
the Odogbolu constituency under the APC but lost.

Nollywood
actor, Kenneth Okonkwo who was interested in Nsukka/Igbo Eze south
Federal Constituency backed out of the PDP primaries in December 2014.

Veteran
actress, Bukky Wright also joined politics when she contested as a
member of the House of Representatives at the the Abeokuta South Federal
Constituency, under the Social Democratic Party.

Onyeka
Onwenu is not only a renowned Nigerian singer who was the former
chairperson of Imo State Council for Arts and Culture. She was appointed
by former President Jonathan as the executive director/chief executive
officer of the National Centre for Women Development in September 2013.