Well, we bring to you article of the day which has been trending across the country for a couple days now. Checkout reasons why fuel price might increase below. 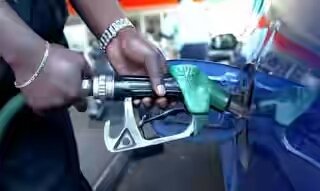 When former and present group Managing Directors of the Nigeria National Petroleum Corporation (NNPC) met with Minister of State for Petroleum Resources, Dr Ibe Kachikwu, in Abuja recently, the NNPC released a statement which read in part:

If that sounds like a precursor to another round of increase in the pump price of petrol, that’s because it probably is.
Isn’t it rather curious that the state run oil company it was that released the statement?

Here are 3 reasons why we think Nigerians would have to put up with another round of agony occasioned by petrol pump price increase:

1) The federal government is certainly mulling the idea, otherwise the NNPC wouldn’t have sent out that statement.

Last month, Group Managing Director of the NNPC, Maikanti Baru, denied that a price increase of PMS was imminent.

“I have not been directed to increase pump price. Even the other price was based on recommendation from the regulated body”.
Well, that was last month.

Pulse put a call through to an aide of Mr. Baru who repeated the same lines.
But like they say, there can’t be smoke without fire; especially in this clime.

2) Foreign exchange (Forex) availability is a huge factor at the moment for businesses in Nigeria and that is certainly the case whether you are importing toothpick or refined petrol.
As everyone now knows, one thing this country doesn’t have enough of at the moment is forex.

“The petrol price of N145/liter is not congruent with the liberalization policy especially with the foreign exchange rate and other price determining components such as crude cost…”, the NNPC statement read.
Well, there you have it, guys.

“Marketers have argued that they are struggling to maintain pump price at N145 per liter because of the stiff competition in the downstream oil sector, but stressed that the practice was not sustainable”, according to a Punch story on the development.

So, yes, you may want to brace up for another round of debates and protests after a petrol price hike.