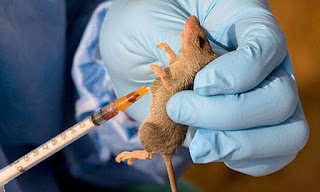 The identity of one of the masterminds of the abduction of
Chibok girls on April 14, 2014, will soon be made public subject to
verification by the Nigerian Army.
Jarasu Shirawho, who is believed to be the sect leader around
Damboa-Chibok-Askira axis of Borno state before he was apprehended last
week in the state is believed to be one of the masterminds of the Chibok
girls abduction.
Disclosing details of the arrest of the suspected leader of the Boko
Haram sect, Major General Lucky Irabor, the deputy theatre commander of
Operation Lafiya Dole, told the News Agency of Nigeria (NAN) in
Maiduguri that the suspect was arrested in one of the routine operations
by soldiers.
He said: “We have in our custody a good number of suspected terrorists that were apprehended as a result of our routine operations.
“One of those suspects is believed to be on the list of our 100 most wanted terrorists’ leaders.”
READ FULL NEWS….

=>INEC Gets New Technology To Collate, Transmit Results – Thenation
The Independent National Electoral Commission (INEC) has
its sight set on new technology designed for easier collation and
transmission of results.
Chairman of the commission, Professor
Mahmood Yakubu says INEC is determined this time around to consolidate
on its use of technology for election rather than experimenting.
“This
Commission will not experiment. It will rather consolidate. Technology
has come to stay,” Yakubu told representatives of 30 political parties
at a consultative session in Abuja.
“Not only will the Permanent
Voter Cards (PVCs) and the Smart Card Readers remain, we are going to go
a step higher to see if we can also deploy technology for collation and
transmission of results so that we make the processes between the
conclusion of elections at the Polling Units, the counting and final
tally at the Collation Centre speedy and more accurate and technology
driven,” he said.
READ FULL NEWS….

N226,07 million was withdrawn by Members of the Public
Accounts Committees in the 7th Senate and House of Representatives in
violation of the Money Laundering Act 2011.
Accordig to Premium Times, members of the committee and their
representatives, legally responsible for ensuring probity and
accountability in the nation’s financial system, violated the Money
Laundering (Prohibition) Act 2011 during their five-year tenure.
READ FULL NEWS

Senator Joseph Waku, one of the former chieftains of the
Peoples Democratic Party, advises President Muhammadu Buhari to probe
Goodluck Jonathan in the alleged diversion of money meant for arms
procurement.
He said it’s unfair that for the former National Security Adviser,
Sambo Dasuki, to be detained while ex-president is left a free man.
Waku noted that former NSA has repeatedly linked to the arms deal scandal.
He asked in an interview with Saturday Sun, “can Dasuki do anything on his own without the consent and approval of the president and the commander-in-chief?”
READ FULL NEWS

Tension over Lassa fever outbreak has continued to unsettle patients
at the Federal Medical Centre, Asaba, following the death of two
patients within four days.
While many of the patients and nurses have fled the hospital for fear
of contacting the disease, over 55 persons have been reportedly killed
across the country in the last few weeks of its outbreak.
Investigation revealed that it took the efforts of the Health workers
at the FMC to remove the bodies of the two patients reportedly said to
have died of the diseases.

=> Tompolo In Fresh N46bn Scandal, 25 Witnesses Set To Testify – Punch
Ex-Niger Delta militant leader, Government Ekemupolo, is
reportedly in more trouble, as fresh charges of fraud have been leveled
against him.
The ex-warlord popularly called Tompolo, has allegedly been charged
alongside 12 others. They are to face a 22-count charge filed by the
Economic and Financial Crimes Commission (EFCC).

The charges were filed on Friday, January 22, at a Federal High Court
in Lagos. They bordered on stealing, advanced fee fraud and money
laundering to the tune of over N46bn.
READ FULL NEWS….

BULU-UKU – DESPICABLE,
abominable, horrible, detestable, repugnant, name it. But words are not
enough to express the act that has caused agony for the people of
Ubulu-Uku Kingdom in Aniocha South Local Government Area of the State.
Their
monarch, HRM Akaeze Edward Ofulue III, abducted 19 days ago at about
4.00 pm, on January 5, 2016, by suspected Fulani herdsmen, was
discovered stone dead 15 days after the creepy incident.
In Ubulu-Uku and other kingdoms, it is a taboo to kidnap a king, not
to talk of killing him. Vigilante group members found his decomposing
remains at the stomp of a tree in the bush at Umunede, Ika North East
local government area, the boundary between Delta and Edo States.
READ FULL NEWS….

Prominent Nigerian Human Rights lawyer Femi Falana SAN, has requested
the International Criminal Court to “investigate allegations of crimes
against humanity committed against the Nigerian people by some former
and serving military as well public officials and private persons who
engaged in the criminal diversion of $8 billion earmarked to procure
equipment for the armed forces to fight insurgency.”
In a petition dated 19 January 2016 and sent to the Prosecutor of the
ICC Mrs Fatou Bensouda, Falana said, “We are a firm of civil rights
lawyers based in Lagos, Nigeria. We are the defence counsel for the
majority of the members of the Armed Forces of the  Republic of Nigeria,
who were charged with mutiny, cowardly behavior and sundry offences
before the courts-martial instituted by the former military authorities.
As we shall demonstrate anon, the only “offence” proved against our
clients in the military courts was that they had the temerity to demand
for weapons to fight the well-equipped troops of the Boko Haram sect.”
READ FULL NEWS….

The governor of Abia state, Okezie Ikpeazu is in fresh trouble as the
Nigerian Supreme Court has ordered the Federal High Court to retry  the
case challenging the fraudulent payment of taxes that enabled his
qualification to contest the governorship election of the state.
Some of his opponents in the  People’s Democratic Party led by Obasi Uba
Ekagbara and Chukuemeka Mba had dragged him to the Federal High Court
via suit FHC/ABJ/ CS/1086/2014 over his eligibility to contest in the
primary election conducted for governorship aspirants of the party in
the state during the last election in 2015. Even though he won the
primary, his opponents alleged that he did not qualify to contest as he
did not pay his taxes of years 2011, 2012 and 2013 as at when due.
READ FULL NEWS….

The Peoples Democratic Party (PDP) has been torn into four camps over
the $2.1 billion arms fund scandal for which many high-ranking members
of the party have been dragged to court by the Economic and Financial
Crimes Commission (EFCC), Daily Trust on Sunday investigation has
revealed.
In the last few weeks it has been observed that the
former ruling party’s members are divided into four factions over the
arms scandal.
One of the factions has sympathy for former President Goodluck Jonathan,
one has sympathy for Uche Secondus and his group in the NWC,
another is headed by some of the governors and the Minority Leader, Senator Godswill Akpabio,
while another faction was created a few days ago by the deputy national officers of the party.” READ FULL NEWS….