Tony Ogunlowo sent in this article and we find this article quite sensible and deep.. You should check this out if you interested in Nigeria’s economy status. 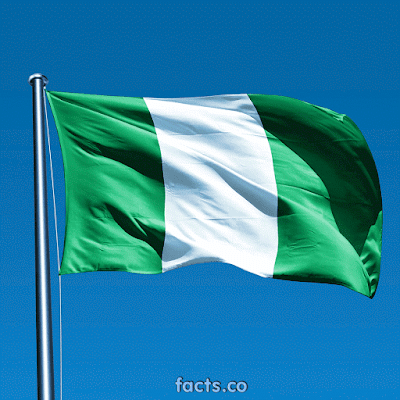 At the end of the Second World War, with much of Europe in ruins and struggling to cope with the aftermath of six years of conflict, under the Marshall Plan of 1948 America gave $13 billion dollars to Western European countries to help rebuild their countries. It wasn’t just a major financial package designed to help re-build major infrastructure, factories etc. destroyed during the war but also to make Europe prosperous again, dropping trade barriers using new business procedures, preventing the spread of communism and bringing in new improved working conditions.

Nigeria is in the same predicament right now. Economically in ruins, not by wars or conflict but of years and years of mismanagement which has seen politicians squandering billions and billions of dollars of public funds intended for capital projects.
The current planned National Integrated Infrastructure Master Plan (NIIMP) which was approved by the Federal Executive Council (FEC) in 2014 aims to raise the country’s stock of infrastructure to at least 70% of GDP by 2043.

All good in theory but where’s the money going to come from considering the implementation of phase one alone will cost at least 165 US billion dollars.
With the current falling oil prices the current government is in trouble; budget obligations may not be fulfilled, austerity measures will have to be introduced, inflation will rise and growth will fall seriously jeopardizing any future large scale projects.

Right now emphasis should not be on short term borrowing to plug the holes in the budget deficit. This will only be a temporary solution to an ongoing problem. Money is needed, not only to make up the shortfall but also for the overhaul of major capital infrastructure such as oil refineries, power stations and Federal roads which are currently crumbling to pieces or falling into neglect due to lack of maintenance and upgrading.

Bringing in cost-cutting measures in an attempt to diversify much needed funds will not work. There are too many needy sectors. The Structural Adjustment Programme, SAP, devised by the Babangida administration is a clear indication that such programmes will not work on a long time basis.

Nobody will give us a ‘Marshall-Plan-style’ grant because its believed we’re rich enough and don’t need handouts.What is needed is a very big loan from a foreign financial institution or country. It will have to be very long term, say 25 to 50 years, at a fixed rate. It will be solely for the capital projects that will benefit the country on the long run.

Such a loan, even though foreign lenders might demand it, might prevent the official devaluation of the Naira. With the value of the currency intact, capital flight (-pulling money out of the country) will be greatly minimized and will also encourage foreign investors to invest.

The advent of the Buhari administration has seen a renewed confidence, by foreign concerns, in Nigeria’s ability to pick itself up from problems created by previous administrations. The recent rise in offered help to fight growing problems such as Boko Haram and corruption is a clear indication of this.
Whilst foreign lenders are not actually queuing up to lend us money due to our past record of mismanagement and kleptomania, countries like Britain and America, would not hesitate to put a bailout package together if properly sought. Again reassurances will have to be made that the money lent will go directly to the intended projects and not end up in some kleptomaniac politician’s offshore account. We are all aware of the Obama arms embargo placed on Nigeria previously, under the Leahy Act, due to our dismal human rights record and pilfering. So if they do decide to bail us out they will be watching us like hawks ready to pull the plug if we default.

Oil is plentiful in the world now with more and more countries producing crude oil. Prices will continue to drop as the market stagnates and Nigeria needs to diversify into areas such as agriculture to provide a secondary income to oil. Currently agriculture only accounts for 20.24% of the GDP as of 2014.
IT is another area where Nigeria can earn substantial income. India earns a fortune for being the IT outsourcing country in the world providing crucial IT back-up for firms in America and Europe. If the antics of the ‘Yahoo, Yahoo boys’ are anything to go by we have the raw talent but lack the infrastructure. Thousands of Nigerian students graduate each year in one IT field or another with no outlet or employment for their skills leaving them to turn to mischief e.g 419, scamming etc. A major investment in telecommunications and power stations is needed.

Secondary sources of income generation need to be sought to supplement the income from oil and the necessary infrastructure put in place. All this costs money, not the kind of money currently being earned from oil sales, but a huge capital injection of funds that can only come from a Marshall-Plan-style foreign bailout.