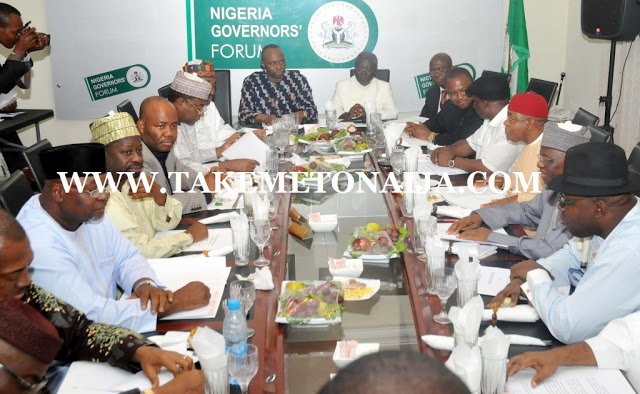 As the year progresses to ending T.I.N Magazine decided to rate out our governors performance in office for the year 2015,
the below list comprises the top ten governors whose performance can be concluded as fair or good. The list was judge based on the Rule of law, Innovation, Security, Employment and a host of Economic indicators, Business Environment, Transparency and Accountability, Health and Education. Their scores were also added in the rating.

The governor seems to have the magic wand to make the people of the state love
him he is to be commended in the area of security as kidnapping seem to have abated in the state and he also has keyed into reduction in the cost of governance by appointing only 13 commissioners against 24 by the last administration, [payment of salaries can concluded to be going on quite good.
With the commencement of several projects this year the governor should be commended in completing some of them, report has it there is so many infrastructures going on some completed and some in progress, the governor has also commenced a project involving an airport in the state capital.,

We shall not commend the governor in the aspect of poverty and unemployment, he should improve in those aspects. Also, his penchant attitude of distributing food materials to the citizenry should be stopped forthwith. Rather, he should empower the people to fend for themselves

This governor governs the only state where education is free up to the tertiary level. While we believe that considering the huge resources needed to fund education, someone should be paying for it, he still needs to be commended as many who otherwise would not have gone to school will have the opportunity now. He has also promised that his focus in his second term is on creating jobs. Though, he should not have waited for now to do that. But it is better late than never.

The governor should create jobs, jobs and a lot of jobs. He should also focus on finishing some of the projects in the state before awarding others. It makes no sense to award many contracts and not finish any but it makes more sense to award a sizeable number and finish them.

SCORE: 48%
The state has done well in terms of agriculture and has also tried to reduce the cost of governance,
attention must be paid to education in the state. The governor has been average at best in the development in the state. A lot of vigor needs to be injected into governance in the state and he might need to shed the weight of his political god father.
The governor should expand the state economic indicators to include as many people as possible. Poverty is still very rampant in the state. He should use agriculture to tackle unemployment and poverty.

It is a fact to everybody that it will be a herculean task for anyone taking over from the former governor Babatunde Fashola, hence, allowance have been made for that. But it seems few

months into governance in the state, the governor might be overwhelmed by the enormity of the problems facing the state. Some of the gains he made in the first month have been eroded
completely, crime has reached a crescendo in the state. This happens on a daily basis
and there seems to be no end in sight to this menace. He is also one of the few governors who has not appointed commissioners to help in piloting the fairs of the state.

The governor has a very strong anti-corruption agenda and he is pursuing it with vigor according to him to release funds for the development of the state. He believes that when all loopholes are blocked and reviving the agricultural potentials of the state will pace the state on the mar ch towards economic freedom. He must be commended for his efforts at retrieving state assets from the former governor and his family. The recent recovery of almost 20 exotic cars is heartwarming but beyond that, he must come up with policies to reduce poverty as it is one of the states with the highest rate of poverty in the country.
Considering the agricultural potentials of the state, it has no business with poverty, the governor should focus on this and harness it for the benefits of the people of the state. Still need to work on unemployment though

The governor of the state is nearing the end of his second term and has done quite well in the area of
health, infrastructure and education which has uplifted the state.  He has also done well in the area of
security as the state has been largely peaceful as against the problem of bunkering and kidnapping in
the area.

been controversial but it will be a way to generate funds for the state in the face of dwindling oil revenues.The ban of motorcycle in some areas in the state has also generated a lot of debates. But we believe that it is a bold step as motorcycle cannot be a mode of transportation in this age and time.
Unemployment in the state is still quite high, we believe the governor should try more next year.

SCORE: 62
The former speaker of he house of representatives, who is the present governor of Sokoto state has shown quite a performance since assuming office, the governor who shown a good governance in; Education and youth empowerment,  Sokoto state’s health sector and more..
In agriculture, Tambuwal started off by reclaiming a huge irrigation land abandoned since colonial times. With it on board, the new drive to enhance rice farming received a boost.
In housing, Tambuwal this year laid the foundation stone for a 250-housing unit Caliphate Workers estate to be sited at Kasarawa, along airport road in Sokoto.  The governor in many other aspects has shown his governance is quite a good one this year.
Even with great work towards youth empowerment unemployment has not decreased, the governor needs to work more on that next year

SCORE: 65%
Governor Oshiomohole this year has shown his administration is irrevocably committed to extending development to rural areas as a way of enhancing economic growth of the state. He started many projects in which most can be considered done.
The governor commenced and completed many road projects, and also the welfare of the government workers won’t be left unmentioned, earlier this year the governor commenced a power plant project which no Nigerian state has at the moment.
Unemployment is still quite in the state even though it has improved, the governor should work on that in the years to come.

SCORE: 68%
Following Governor Wike’s performance; the governor has showcased varieties of developmental projects such as housing, health care, security of life and property, operation zero pot holes, employment, empowerment, completion of projects that were abandoned by previous governments.”
Other achievements include prompt payments of civil servant salaries and pensions, clearing of school fees of Rivers State indigene studying abroad that were abandoned by his predecessor in office.
Governor Wike has shown himself to be a proactive, honest and a listening governor that understands the yearnings and aspirations of Rivers people and has since began delivering on all his electioneering promises to the people of the state.
The blemish to his governance still include unemployment which should tackled in the coming years

SCORE: 71%
T.I.N Magzine have concluded Nasir Ahmad El-Rufai is the best governor of the year by performance Nigerian based on a comparative analysis of Governors performance in Nigeria.
Since assuming office on May 29, Mr. El-rufa’i has blazed the trail in reducing the salary and allowances of the governor and deputy governor by 50 per cent, putting a stop to the annual Ramadan welfare packages as well as blocking leakages by ordering a biometric verification exercise of all civil servants in the state’s employ among others.
The governor has worked a bit on unemployment but still needs to work more on it.

This is a brief rating of the best governors by performance in Nigeria 2015 by T.I.N Magazine.
We shall conclude our governors should improve more on their yearly performance because we really can’t point out an excellent performance this year which is a thing that should not be, the governors need to figure out their weak points and tackle the major problem; “unemployment and poverty.”