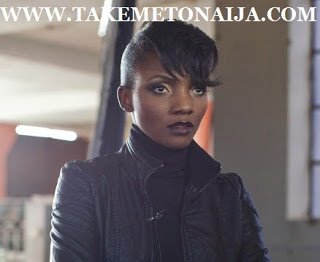 Simi is a Nigerian born writer and performing artist, Simisola Ogunleye, the female singer has been in the spotlight since the release of singles like; Tiff, Jamb Question and more….

Born in Lagos state Nigeria, Simi, a mass communications graduate, is no stranger to the Nigerian music industry. She wrote her very first tune at the age of 10 and started out singing and dancing in her early teens as a member of the teenage church choir. Eventually, she went on to launch her debut album in 2008, which was produced by Samklef. The album spawned hits such as Ara Ile, Ogaju, Iya Temi, to name a few. She started off as gospel with the songs in her debut album.

In 2011, she met the talented producer/songwriter (Oscar Heman-Ackah) and they both connected musically. However, it wasn’t until 2013 that she officially signed a production contract with Oscar Music Production, after which they both nurtured and created a fresh and genius direction to her sound, style and music in its entirety.

See what she said when asked those things that help her make music:

I write about experiences – maybe mine or someone else’s. For instance, if you gist me about something, I could go ‘oh, that’s a song!’ I like to write about experiences – things that really happened. I like writing about things that are really interesting, things that people can identify with. Apart from that, I’m dabbling into a bit of production, though I’m not half as good as I want to be. Some people ask if the melody comes before the lyrics, but I don’t think there’s a particular way it comes. Most times, after I’ve recorded a song, I’d have to come back and work on it. But when I have my first verse and chorus, I usually consider the song completed.

In 2014 via her former record label she officially get signed to to X3M Music, the Lagos-based record label which is home to Nigerian R&B sensation Praiz and others.

Simi who started singing at 16 and was part of “Outstanding” music group
in her church, before she worked with Samkelf for her ‘Ogaju’ debut
album in 2008 also revealed why she signed for the label; “I joined
because of the structure, the team and the drive and financial backing
is there and it’s a place where you have to break the norm”.
Prior to joining X3M music, Simi said, “I have been releasing a bunch of
singles and covers since then to get noticed and get a good deal” and
says “I want to be successful with my music”.

After getting signed to X3M Music Simi went on to release Tiff and E no go good to the public ... ‘E No Go Funny’ is a contemporary Pop club joint, infused with local drums and congas. It’s pacey and will give you the sugar rush you’ve been looking for.
Tiff was actually her most successful single of 2014 as it was already enjoying a lot of air-plays on many radio station and and massive online downloads and streams just weeks after release. The songs also got her a couple award nominations in 2014.

In sum, both songs were great firsts from her. Her first real set of singles since being signed, that is. The fusion of both offerings achieve diverse music objectives that align with mainstream industry nature and peculiarities. The tone, production and balance were exciting for a start, creating a proper springboard for bigger things to come. If there’s a metric for measuring this jumpstart.

After the successful release of her last singles – the infectious
“Tiff” and clubby “E no go funny”, Simi is back with a brand new single
titled ‘Jamb Question’.
‘Jamb Question’, a mid-tempo afro-pop tune sees Simi display fantastic vocals on the melodious instrumental, produced by Oscar Herman-Ackah.
Another single from her which was released in 2015 which was already topping charts was later remixed same year with rapper Falz which was accepted and loved by many. The song video was also gained views on Youtube after release.

The Mass communication graduate from Covenant University who love
broadcasting and blogging says in an interview “my blogging has suffered a bit because,
honestly, I’ve not had enough time to write but when I do have time, I
blog about my life, my mum and weird stuffs like that”.
She also mentioned what it took her to get where she is right now:
“Nothing worth it comes without hard work. There’ve been tough days,
hard days, broke days and I thank god for those moments because without
them, I won’t be here now” said as regards are struggle in the Nigerian
music industry so far.

She’s said to be in a relationship with fellow artist Adekunle Gold but it was never confirmed by them.