All of these rivers stretch over the length of at least 1,000 kilometers. Here, in this article, you will find useful information about rivers in Africa by length. Each of the rivers has its own peculiarities and geographical characteristics. Let’s learn about them and add to your knowledge of the geography of the world.


The Nile – Longest River in Africa and the World: 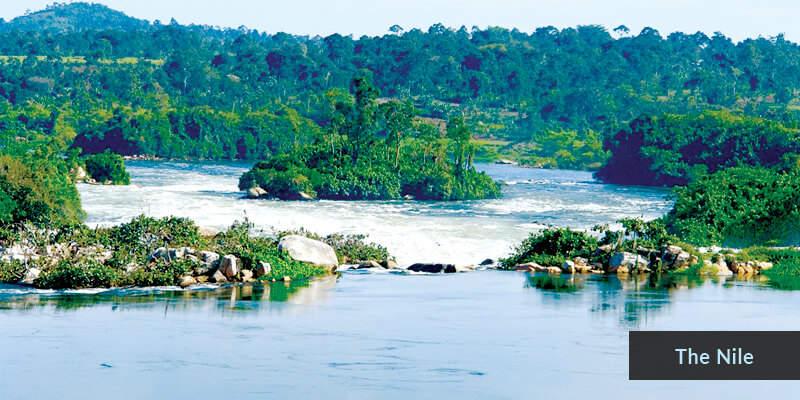 Where is the world’s longest river located? The Nile is the longest river not only in the continent of Africa but also the world in general. Originating in the high mountains of the Central Africa, it passes through eleven different countries and shares its water resources with them. At a later stage, it takes the north-eastern path finally ending at the Nile River Delta. At this point, it is emptied into the Mediterranean Sea. The total distance that river covers from its origin to end is over 6,800 kilometers.
This river has got immense historical significance as its water and fertile banks have served as the birthplace for one of the world’s oldest civilizations. The people of Sudan and Egypt have been the special beneficiaries. They have been using it for irrigation and domestic needs. Here is one of the strange Nile river facts which you may not have heard of ever before. It is: though associated with Egypt, only 22% of the total course of Nile lies in the country! Do you know why all the tombs of ancient Egyptians are lying to the west of Nile? It is because the Egyptians believed that the eastern side of the river was the place of life and birth while its western side was considered as the land of death and decay. 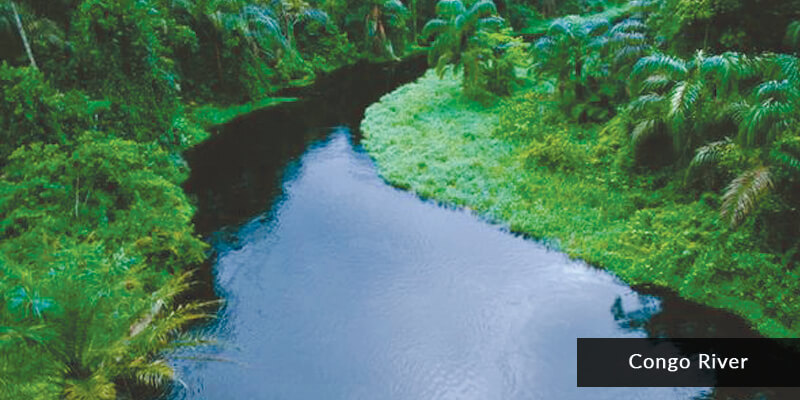 Also known as Zaire River, the Congo River has earned the title of being the world’s deepest river having the measured depth of over 220 meters. With the total length of 4,700 kilometers, it ranks as the second longest river in Africa and the 9th longest river in the world. Two African countries, namely the Republic of the Congo and the Democratic Republic of the Congo derive their name from the name of this river. Actually, in the past, there used to be the kingdom of Congo at its bank.
What do you know about rivers in Africa by size? In terms of discharge, Amazon is the largest river in the world while the second position goes to the Congo River. Do you know the total area covered by the Congo River? Well, it covers an area of around four million square kilometers which equals 13% of the total landmass of the African continent. This famous river of Africa crosses the equator for two times. 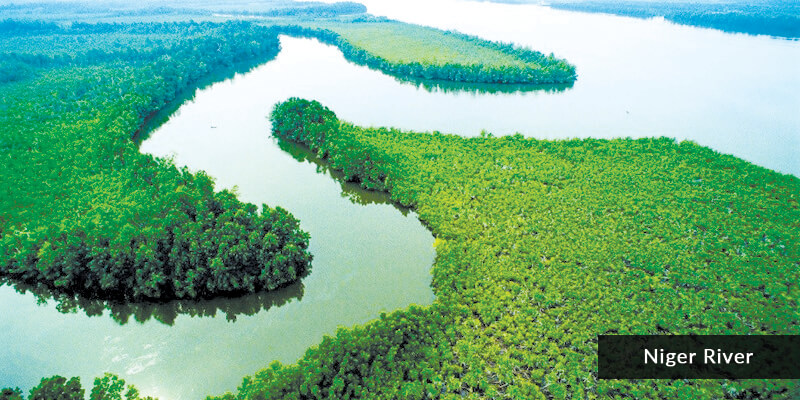 The Niger occupies third place on the list of the longest rivers in Africa. The first and second position, in this regard, goes to the Nile and the Congo River, respectively. This principal river of the western Africa measures 4,180 kilometers in its total extent. Mungo Park, the Scottish explorer, was the first person from the west who sailed to the central portion of the river. The headwaters of the Niger River lie in the ancient rocks which release so less amount of silt. That is why its water is ten times clearer than that of the Nile. As is the case with the Nile, the Niger River is on flood every year. The flooding starts in the month of September and reaches its peak in November. A large number of tributaries come into contact with the Niger River and contribute to its water.

Do you know the name of the largest river of Africa that empties into the Indian Ocean? It is Zambezi River with the basin area of around 1.4 million square kilometers which is nearly 50% percent of the Nile. The total length of 2,574 kilometers makes it the fourth longest river in Africa. The origin of the river lies in Namibia from where it heads towards Mozambique while touching the borders of the countries of Angola, Namibia, Botswana, Zambia and Zimbabwe. Chavuma Falls, Ngonye Falls and Victoria Falls are notable features of the river. Among these, Victoria Falls are very popular around the world. Cahora Bassa Dam and Kariba Dam are two major dams on the river which are used to produce hydropower. The hydroelectric power generated by the Kariba Dam is supplied to the neighboring countries of Zimbabwe and Zambia. 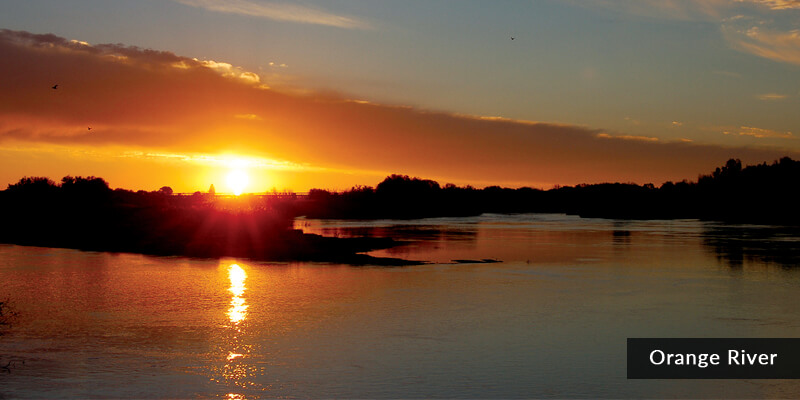 Other Rivers in Africa: