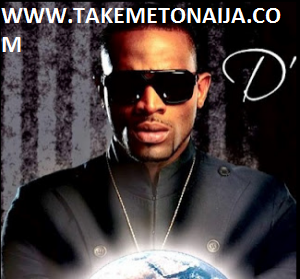 D’banj was born in Zaria, Kaduna State, Nigeria to a military officer who commanded an artillery regiment and a church dignitary mother who hailed from Shagamu in Ogun State. Due to his father’s profession he moved several times within Nigeria and later moved to England. D’banj was expected to follow his father’s military career and was enrolled to the Nigerian Military School at age eleven. However, D’banj resisted the system and disenrolled from the school after three years. While at the Military school he was a member of the elite drum corp of the Nigerian Army. From the Nigerian Military School he proceeded to another military owned institution Nigerian Navy Secondary School, Ibara, Abeokuta where he completed his secondary school education.
Musical beginning

D’banj was introduced to the harmonica by his late older brother, Femi Oyebanjo, who died in a plane crash at age seventeen. With D’banj’s love for music being greater than his parents’ military aspirations, he struggled for his parents’ approval; this can be best heard through an album track, All Da Way from his debut album.

Following the death of his 17-year-old brother, D’banj arranged all his possessions on his bed after they were brought home and just picked up his harmonica. I’d play it to remember him.” Later, at university, he realized what his new skills with the instrument could bring him. “I’d go to the female hostel after lectures, and even if there was no electricity I could play there.” He remembers learning Celine Dion’s “My Heart Will Go On” after Titanic came out – “and that got me a lot of girls!”

Plans to continue his studies as a mechanical engineer in London were derailed when he arrived in the UK in 2001, and met Don Jazzy who was trying to make it as a songwriter and producer. D’Banj started hanging around the studio, making ends meet while working as a security guard. “It was OK, because I did nights,” he says, “so I could listen to music on my headphones.”

Don Jazzy told D’Banj he thought he was a star in the making, and sensing that the music scene in Nigeria was “blossoming”, the pair returned to Lagos in 2004. That same year came the single “Tongolo”; the video was paid for by D’Banj’s mom. His first endorsement was with an energy drink called Power Fist.
BET Interview

In April, 2011, D’banj was interviewed by BET’s April Woodard. The interview, titled “Welcome to America”, was a platform for D’banj to introduce himself to the American Music Industry and audience which he stated he was going to get into. In the interview, D’banj spoke on a wide range of topics including his music, artists he’d like to work with, his parents, Mo’Hits Records, his love life, and his role models: Kanye West, Usher, Jay-Z, R. Kelly, and others. The interview lasted 125 minutes, and was the avenue used to formally declare his determination to lead African music into many quarters that its yet to reach.
Music career

As a tribute to his mentor Fela, D’banj uses a fusion of Afrobeat and Afropop to bring his music to life and into the 21st century with breathless enthusiasm as well as a good dose of humour. His songs are based on his life, often hilarious but with a deeper meaning which documents the struggle of a young Nigerian trying to achieve his dreams. He performs in Yoruba, English and Pidgin English.
2005: No Long Thing

D’banj’s debut album, No Long Thing, was released in 2005. It yielded several singles with Tongolo as the lead single. This proved to be his breakthrough single and a hit. It also provided his Koko Master persona, with the term, koko, taking on a variety of meanings. D’banj’s debut success led to collaborations with other artists, including Dare Art Alade and Ikechukwu. D’Banj’s single koko was used by the PDP (ruling political party in Nigeria) as its campaign theme for the 2007 general elections.
2006: Rundown Funk U Up

D’banj’s sophomore album Rundown Funk U Up, which was released in 2006, yielded several singles including the club single, Tongolo (Remix), and the lead single Why Me?. This proved to be another hit.
2007–2008: Curriculum Vitae & The Entertainer
D’banj, as an artist of Mo’ Hits Records, is also a member of its collective group, Mo’ Hits Allstars (includes artists Dr SID, Wande Coal, KaySwitch, and D’Prince). He has once been spotted with one of Nigeria’s most talented singers, “Smile Lasisi”. The collective’s debut album, Curriculum Vitae, was released in December 2007. It included hit singles, “Be Close To You”, “Booty Call” and “Move Your Body”, which was the lead single. D’banj was featured in Ikechukwu’s 2008 hit, “Wind Am Well”.

In June 2011, D’banj was signed to Kanye West’s G.O.O.D Music record label as artiste. On June 9, 2011, D’banj wrote on his Twitter account, @iamdbanj, “Just like yesterday, myself and my brother did Tongolo. 7 years later, Mo’Hits signs with GOOD Music. Best Birthday gift ever. God thank you.”
Mo’Hits breakup

After several months of speculation and wild rumors, ace producer, Don Jazzy confirmed via his Twitter account the breakup of Mo’Hits. After the breakup, Don Jazzy, D’Prince, Dr SID, Wande Coal started Mavin Records while D’banj founded DB Records and as expected, he signed his younger brother Kayswitch to the label alongside two producers, Jaysleek and Deevee.
2014

The forthcoming single “Bother You”, inspired by the film Half of a Yellow Sun, was released on 7 April 2013, by Mi7 Records and D’banj’s label DKM.
Live performances

D’banj is a regular performer for the annual ThisDay Africa Rising Music Festival. He has performed at Femi Kuti’s new Afrikan Shrine in Ikeja, Lagos as well as the Shrine Synchro System’s regular London Night at Cargo. He performed at the Black President Concert in memory of Fela’s art and legacy at the Barbican in London, and also alongside many international artists in Nigeria like Kelly Rowland at the 1st Edition of the MTV Africa Music Awards 2008 in Abuja, Nigeria.

He was involved in one of the most anticipated events of the season ‘Koko Concert‘. This concert consisted of D’Banj, Don Jazzy, Dr SID, Wande Coal, D’Prince, new Mo Hits recruit Ikechukwu plus a few guest appearances including May7ven and comedian Tunde Ednut. The stage was set for a thrilling night – the Koko effect is definitely LIVE in London as fans of D’Banj and Mo’ Hits filled the O2 arena to capacity. As expected, the hits just kept coming and the momentum was sustained with on-stage antics from all the artists. In December, 2010, the Mo’ Hits All Stars brought Koko Concert to Lagos and D’banj kept belting out energetic performances that kept the audience screaming. Colleagues like M.I, eLDee, Jesse Jagz, and Wizkid also joined up on stage. There was also a global premiere of the highly anticipated “Mr Endowed (Remix)” featuring Snoop Dogg and also a recent track “Blame It On the Money” featuring the Californian native and Big Sean.

On June 23, 2012, D’banj performed at the Hackney Weekend to celebrate the 2012 Summer Olympics, which was headlined by Jay-Z and Rihanna. He performed alongside his friend, and fellow Universal Music Group label mate, Rita Ora on 30 August 2012 at the SCALA London Live Music, Clubs and Arts Venue to celebrate the release of her debut album Ora. He also performed at the AFCON 2013 closing ceremony held in South Africa.
Endorsements

In November 2013, D’banj resigned a multi-million Naira deal with Globacom, the company he parted ways with in 2010.
Humanitarian work

D’banj is the founder of Koko Foundation for Youth and Peace Development. He is also Nigeria’s first United Nations Youth Ambassador for Peace. Dbanj is a ONE campaign ambassador, he released the song ‘Cocoa Na Chocolate’ in support of ONE‘s new campaign to boost investments in agriculture:‘ Do Agric, It Pays’.

Few pics of him below 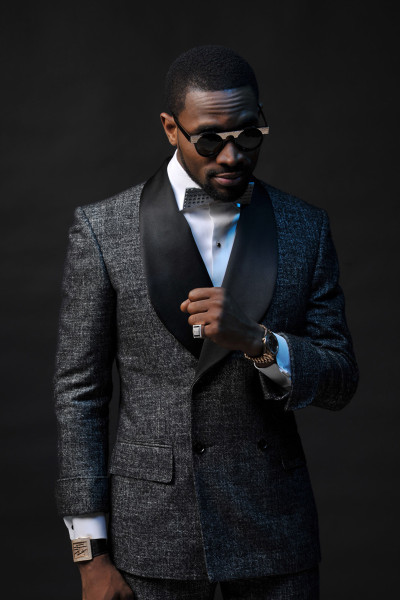 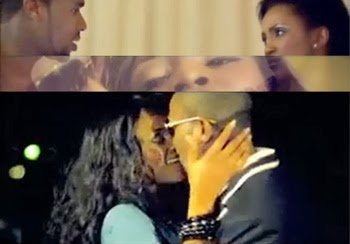