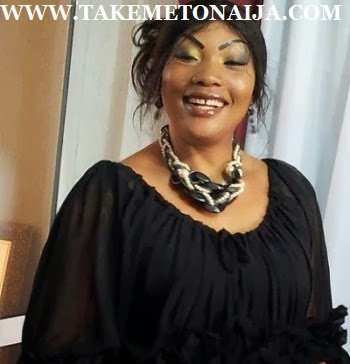 INTRODUCTION
Eucharia Anunobi is a popular veteran Nigerian actress, producer, and pastor. She is best known for her roles in the movies like Abuja Connection, Glamour Girls and more.

Eucharia was born in Owerri, Imo State and went on to complete her primary and secondary school education there before she proceeded to the Institute of Management Technology, Enugu where she graduated with a National Diploma in Mass Communication. She also holds a Bachelor of Arts award after studying English Language at the University of Nigeria, Nsukka.

Eucharia came into limelight for her role in the movie series Glamour Girls in 1994 and has gone on to star in over 90 movies including Abuja Connection and Letters to a Stranger. She is currently serving as an evangelist at a church in Egbeda, Lagos State.

The Nollywood veteran was ordained as a pastor at Fresh Oil Ministry International, Egbeda, Lagos in 2012.

P.M. NEWS reliably gathered that Eucharia was officially ordained on Sunday, 5 February, 2012.
The ordination of Eucharia, who recently divorced her husband, was performed by Pastor Psalm Okpe, accompanied by other men of God present.

Susan Peters, Clarion Chukwuka were among Euchariaâ€™s colleagues that graced the occasion.
Before her ordination UK Gold, as Eucharia is popularly called by fans, intimated her facebook friends about the occasion. Writing on her facebook page, she said: â€œDearly beloved, having been anointed last year, am now being officially ordained with ministerial licence and collar.

Giving me the right to carry out episcopal duties as a minister of God under the fold of the ministry as an evangelist. This is happening this morning, Sunday, the 5th of February 2012, at the Fresh Oil Ministry Intâ€™l church. This is really the Lordâ€™s doing and its amazingly wonderful! God is awesome

Speaking with New Telegraph, the Nollywood actress cum evangelist opened up on being a single mum and her greatest regrets. Anunobi said being a single mother was not a deliberate choice.
She said: “It was not a deliberate choice that I have made. It came by chance, it came by mistake. God does not kill His children who have made mistakes. He would rather sustain them and tell them that He is the owner of all things. The Lord has been sustaining me as a single parent. I don’t think about it, all I know is, ‘God, you are the one that created me and the child that you gave to me’. So whatever that is needed of me, it was a wrong choice that I made.” On whether she has made any attempt to reconcile with the father of her son, she said: “When somebody says that I do not want to be a responsible father, what do you do? You don’t take a horse to the river and force it to drink.”

She denied ever saying men were intimidated by her but noted that she was not in a relationship. I Regret Having A Son – Eucharia Anunobi She said: “I can’t remember ever saying such a thing. I don’t know about men being scared of me. Well, I will take it that what you are saying is that I’m not in a relationship. Of course, you know I would not want to discuss my private life. But I have to tell you what I am doing and what is not happening, I believe in things that are incubating; if it’s meant to come out, it will come out. A lot of people do not know of my commitment to my Christian life too.”

On her ideal man, she said every woman wishes to get married to a tall black and handsome man and she desires that as well. She added that her ideal man must be somebody who has the spirit of God.