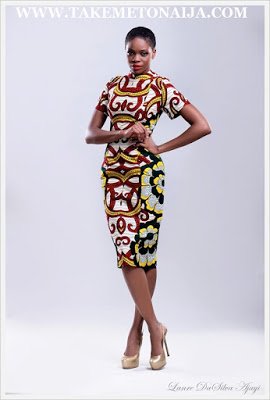 Zainab Balogun is a Nigerian actress, model and television presenter. She has been featured in several international campaigns for different brands. Balogun works as a television presenter for EbonyLife TV, an entertainment television station, for which she currently co-hosts and produces The Spot, the channel’s leading talk show, with Lamide Akintobi and Ebuka Uchendu.

Zainab Balogun was born in London, United Kingdom to Nigerian parents, where she was raised with a large extended family, predominantly in Clapham, a district of South West London. She is a descent of Abeokuta, in Ogun State. Due to the nature of her mother’s work, she moved around a lot and spent most of her formative years growing up with relatives.

Her secondary school education was obtained at Sacred Heart RC Secondary School. Her interest in the arts began with her regularly taking part in talent shows and school plays. She studied music and eventually went on to join the school choir and later formed an R&B girl group with two friends called Regné (pronounced “reign”). She attended Christ the King Sixth Form College where she completed her A Levels in Law, Psychology, and English Language & Literature. She then attended the University of Kent in Medway where she received a Bachelor of Law degree (LLB).

SPEAKS MORE ABOUT HER BACKGROUND BELOW:
OB: What came first modeling or presenting?
ZB: “Modeling came first before everything I’m known for. I knew nothing about the industry but grew to love it as I got older. It was definitely a good foundation to have that led to me trying other things.”
OB: How did TV Presenting start off for you?
ZB: “I initially started presenting online with a friend. We created and produced an online entertainment web series together. However I got into TV by doing what most people do which was auditioning for the job. I had auditioned for a few different gigs and heard about EbonyLife TV audition dates. It was what I was looking so I simply signed up and got the job.”

CAREER AND LIFE
Balogun worked as a model after being scouted by Premier Models Management at the age of 16.  After obtaining her law degree, she began to appear in shows such as BBC One’s Material Girl, Bollywood movie Cocktail (2012), and The Charlatans by Ashley Waters. She soon found herself on set with legendary director Christopher Nolan in 2011 for the film The Dark Knight Rises, which she describes as an “unforgettable experience”.

Balogun is now a television presenter, who produces and hosts shows for EbonyLife TV, an entertainment television network. She has also produced shows such as EL Now, a daily entertainment news show for the latest in fashion, music and arts. She is currently joined by Ebuka Obi-Uchendu and Lamide Akintobi on The Spot, a daily hang-out talk show.

She has made her mark locally and internationally having worked on global campaigns in New york and elegantly walked the runway of The New york Fashion Week. She has graced the covers of well respected magazines like Pride, Spell, True love, Black Hair & Beauty and Eso magazines to just mention a few.
SPEAK MORE ON HER ACTING AND LIFE;
OB: You are also an actor? Can you tell us about this?
ZB: Acting is where the majority of my heart is. I started right from the bottom as an extra and I will always recognize this because some people think they want to make it big time and not do the groundwork. Extras play an important role. This led me to roles in The Dark Knight Rises by Christopher Nolan and Cocktail by Bollywood director HomiAjadania. These experiences changed my life and I knew I wanted to be an actor. From this I started auditioning for lead and supporting roles which to my surprise I was offered. With that I’ve been fortunate to have such roles in with the likes of Channel 4’s (SKY TV)The Charlatans.
OB: How do you handle the many male attention you must get? It must be difficult being beautiful and popular?
ZB: I wish I knew about this attention you speak of lol. Anyone who knows me would tell you that I am a confirmed workaholic. I focus so much on my work that I don’t really get to feed into the attention. When I do, I like to think I handle it graciously.
OB: Are you dating anyone?
ZB: Not at the moment.
OB: What do you look for in a man?
ZB: I used to have a long list when I was younger but now so far as he is ambitious, smart, kind, good looking and not crazy, I’ll take him. If he was tall with a beard too, I’d be very happy.
OB: What would be an ideal first date?
ZB: In case you haven’t heard, I’m a bit of a hopeless romantic so for me, conversation and good food makes the perfect date. An ideal setting would an intimate dinner in the garden, under the stars and maybe some games to finish off.
OB: Why did you decide to go for a low-cut hair, it has come to be known as your signature cut? Any other particular reason you opted for it?
ZB: I was growing out perm and got impatient with it so I decided to head to the salon to go for the big shave about six years ago. As I walked out that day I never really got back to growing it out. Every 2-3 weeks from there, I would cut it off again. I just loved the way it looked.