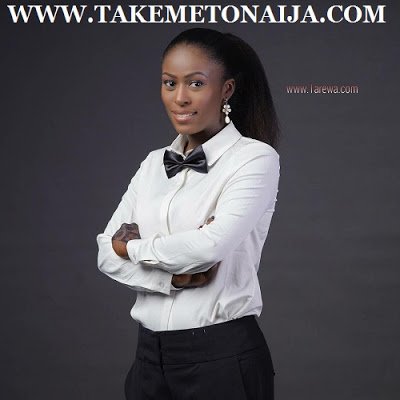 Nafisa is a popular Nigerian Kannywood actress, she won the Best Actress in
2013 City People Entertainment Awards, likewise in 2014 she is the MTN
Nigeria Best Kannywood Actress, Popular choice.

Nafisat Abdullahi was born and brought
up in Jos, the capital of Plateau state. She came from a family of four
though they lost their Father who hails from Kano but was settled in Jos.
She started primary education in Jos then she proceeded to attend
Government Girls Secondary School Dutse in Abuja and graduated in 2007.
From thereshe went into acting in Kannywood. Though, in between her
acting career she still found time to continue her education as presently she is a graduate of University of Jos studying Theater Arts.
SPEAKING MORE ON HER BACKGROUND:
What motivated you into acting after secondary school?
Nafisa: Actually,
acting has been my dream ever since I was a child. I was not really
prepared to be in Kannywood but took keen interest in Nollywood ,
because I love Nigerian movies very much and I use to imagine myself
being watched by people on screen just the way I sit at home watching
others. Sometimes one does not really get what she wants. There is also
one thing about our people in the north, especially our parents, when
they see a northerner or a Muslim girl in such movies appearing in some
sought of scenes, they will tag you to be a wayward person. So, that was
what really discouraged me in the first place and I found myself in
Kannywood.
How has the crisis in Plateau State since 2001 till present has affected you and your family?
Nafisa: It has affected
us in such a way that everything in the town is no longer the same.
When we were growing up, we use to have Christians as close friends as
we visit each other often. It was so interesting and fun until these
crises came up. It is so unfortunate because we now we live divided in
the same town. The Muslims cannot go anywhere close to the Christian
territory and the other way round. In the course of this whole mayhem, I
have lost friends and even people who we all came from the same
neighborhood and you see them as family. So I pray the solution to this
problem in the state would, one day, disappear so that life will go back
to being the same because we are all living with fears.

Nafisa started acting in early 2009, and she became a household name in Northern Nigeria, but was suspended from acting in 2013 for organizing party and failing to appear before disciplinary committee. The suspension, which was billed to last for two consecutive years, was however lifted in August 2013, barely two months after, and since then she return fully in acting.

SPEAKS MORE ABOUT HERSELF AND ACTING:
Tell us about your first experience on set
“(Inhales deeply) filming, like I said earlier is an obsession, kind of
fixation deep inside me, I have been nursing it for a while, although my
parents wanted me entirely on another platform, but I believe this is
my destiny.
Presently, I am studying Theatre Arts in Unijos
(University of Jos). One can agree with me that in all aspects of life,
there has to be a beginning and an end. My coming into show biz was like
a dream come true, kind of. Acting for camera is heroic you know.
I
felt like the whole world is watching me, I really had to put myself
together to face the challenges, having in mind that I am doing what I
love most and thank God, I made it and it is now part of me.”

What would you be doing if you were not into acting?
Nafisa: I would have
become a journalist because I did love to be a newscaster or reporter. I
love anything that has to do with arts in my life, but for me here I am
studying another course. I know one day, somehow I would still study
Mass Communication maybe at Masters Level, but presently I’m going to
wait after I have finished schooling then the future can decide for me.
Maybe I might even end up with business too because I love fashion
designs too.
WM: How do you spend your leisure time?
Nafisa: Well I don’t
think I really have any time for leisure. I combine schooling and acting
presently and joggling both is not an easy task for me. I thank God,
because I still cope despite the stress. The little time I have for
myself which does not really come all the time, I spend my time with my
family at home , or sometimes my fiancé who means a lot to me.
WM: Talking of your fiancé, when are you going to settle as a couple?
Nafisa: We have plans
but not so soon. Right now, I don’t really see myself getting married. I
want to first of all, complete my education, do my youth service before
I start thinking of marriage which will be like in three years’ time.
WM: How has stardom affected your life?
Nafisa: Well in the
beginning I was like, ‘is this how being a star is all about?’ People
would be staring at you whenever you step out of your home. Even on
campus, people will keep watching your every move to know every step you
take. You cannot just be seen in odd places, becasuse students would
spread both false and true stories about what you did and did not do. So
it has has somehow affected me if I must say. I no longer live the
simple live I used to.
WM: Describe your typical life on campus?
Nafisa: Well, it is a
bit complicated, but I do not really spend much time on campus. I leave
immediately my lectures are over. In most cases, I usually go to school
from my movie locations. So, I don’t have the time to hang around with
friends on campus and even know the latest news or events going on. It
is a breeze-in and breeze-out kind of thing.
WM: What are the major challenges you face in the movie industry?
Nafisa: Actually, the
challenges I face is within my personal life. Like most of our people
really take me to be a snub of sort. I try not to get myself involved in
any activities going on within the movie industry neither do I make
friends easily. The truth about the matter is that am a very quiet
person and I prefer to be on my own, that’s just me, so I think people
around me should learn to live with me that way, because it is when one
get so close to me that he or she will know my character, but am not a
snub.
WM: Do you intend to go into Nollywood soon?
Nafisa: Yes, I really
intend to, but like I said earlier, you know how our northern mentality
is and how they would react to things like this. The fact is that I’m
not living my life for people to judge me. I believe everybody has his
opinion to himself, so one day definitely, if Allah keeps us alive, I
will surely fulfill my dreams of starring in a Nollywood movie.

I believe if I go into Nollywood, my
appearance in any movie will really make sales especially in the north
just the way Ali Nuhu’s face is selling now.

In 2015 the popular Kannywood actress, Nafisa Abdullahi, confirmed her relationship
with Adam Zango, saying she can no longer deny her love for him.

Ms. Abdullahi, on her Instagram page under a picture of Mr. Zango,
wrote she did not care what people would say about them but only hoped
and prayed the future will serve them well.

The post read: “This post is gonna make a lot of people question me.
Whatever question anyone (has), I don’t know the answer to it. In fact, I
have a lot of questions that I don’t know their answers… I don’t know
how to pretend, so the only thing (I) am gonna say is I do love and care
about this person and whatever it is the future has for the both of us
(I) am already prepared to take it but meanwhile I can’t deny caring
about him anymore… So, please, speak of good or keep quiet. Thank you.”

The duo has been plagued by dating rumours since 2013. However, it
appeared they separated with Ms. Abdullahi throwing a private party in
Kaduna to celebrate the separation.

The party earned the actress a six-month ban in Kannywood.

Ms. Abdullahi at the time told PREMIUM TIMES that her ban was merely witch-hunting by the regulators.

“I don’t want to believe I was banned for six months, but I shall
appeal the ban,” she said. “It is a mere act of witch-hunting.”

Recently, Ms. Abdullahi and Mr. Zango were seen around and Abuja on sets for his music videos.