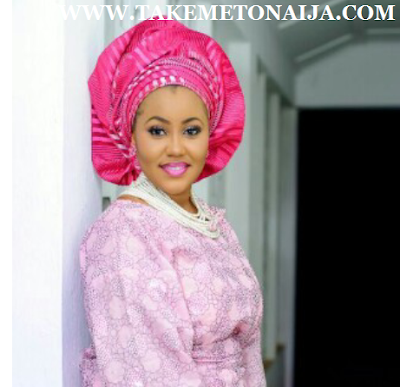 INTRODUCTION   Hadiza Aliyu, also known as Hadiza Gabon is a Nigerian actress and producer. She is regarded as one of the most popular actress in Kannywood and a good role model as she appears to be highly cultured and well dressed.

Born in Libreville, Republic of Gabon, Hadiza Aliyu is the daughter of Malam Aliyu who is an elder statesman. On her father’s side, Hadiza is of Gabonese descent, and on her mother’s side, she is of Fulani ancestry. Hadiza Aliyu attended primary and secondary schools in her birth country were she wrote her A Level examination with an aspirations to become a lawyer and later chose Law as her favourite degree course. She started her University year as a student, but had to dropped out of school due to some issues that trailed her studies. Her education was halted then and that gave her the opportunity to attend a diploma program in French Language and later became a French language teacher in a private school.
When asked as an actress in Kannywood what are some of the challenges she has faced with, she replies;

Everything one intends to do in life, definitely you must come across little challenge, like I earlier said, the greatest challenge I faced was the language barrier. I had to learn the language that is not mine entirely and it wasn’t an easy task. At that time, the only language I could speak when I came into Nigeria was Fulani and French. Asides that there have really not been any tiring challenges, unless if you count the stress that comes with being an actress. But then in life nothing good comes easy.

Hadiza Aliyu moved to Kaduna, Nigeria upon developing interest to join Kannywood with her cousin. She then met with Ali Nuhu and sought for his assistance in launching her acting career where she first featured in Artabu movie in 2009.

Hadiza Gabon lights up a picture whenever she comes across either as a lead or supporting actress in some of those critically acclaimed Kannywood (as the movie industry up North is called) movies. The large Kannywood crowd cheer at her whenever her name appears on a movie credit line. Ask for the natural beauty and magnetic star that has proved that she is good at what she is doing and fingers will point to the Kannywood shinning star Hadiza Aliyu who is popular as Hadiza Gabon.
She Was Born and raised in Gabon to a father who is a Gabonese and a Fulani mum who is from Mubi in Adamawa State, Hadiza whose close friends describe as genial, well mannered, cultured and good dressed, had her early education in Gabon where she studied and was awarded a diploma in French.

Hadiza joined Kannywood not too long after she arrived Nigeria. She had a chance encounter with top Kannywood actor Ali Nuhu who encouraged her to give acting a shot after the actress who described Ali Nuhu as her ‘brother, mentor and adviser,’ had sought his assistance to launch out as an actress. With the help and guidance of Ali Nuhu and later Aminu Sherrif whom she named as one of her mentors, Hadiza got her break in Kannywood as one of the leading ladies in the urban telling Zaman Take.
She rode on the back of the success of that movie and a few others after it to become a darling of the movie crowd. “Everything worked out for me as planned. No one harassed me and no one ask me for anything before I was given a role. Meanwhile, I have heard all sorts before I joined Kannywood. But all the negative things I heard about Kannywood turned out to be untrue”, She says she said Greatly adored and admired by fans and regarded by fans as one of Kannywood’s hottest actresses, Hadiza’s parents never objected to her following her dream. Hadiza disclosed that her parents gave her all the support and were pleased with her decision to pursue a career in acting.

“They supported me wholeheartedly and I am happy and more relaxed here because Gabon shares a lot of things in common with Nigeria. The only difference is that we speak mainly French in Gabon. I feel at home here and I thank God for how easily I was accepted by the people in Kannywood and my fans,” ahe enthused. Star of Yar Maye, Akrizzana, Bada Ba Rai, Basaja, Daga Ni Sai Ke, Umarni n Uwa, Wata Tafi Wata, and Ziyadat, Hadiza says she has lost count of the number of movies she has featured in.
But she picked ‘Ban sani Ba’ and ‘Wasila’ as her most memorable movie run. “They are the first set of movies I took part in.
I recall that I was very scared on those sets and that was because I was still learning to speak Hausa then”, she said. But did Hadiza follow her dream because of the financial reward? “No” she snapped. “Money is secondary even though it is necessary. But it’s the fulfillment I get and the joy that I followed my dream that comes first for me. Besides, acting is my passion. Money is good, I mean I get paid and I am comfortable and I can pay my bills. But it is not the basic reason I am in it. I am just passionate about acting. I am happy in it and I am happy that I was fortunate to gain the confidence of top directors and producers in Kannywood”.

Hadiza was asked if she is in any relationship and the star of Daina Kuka, Dare Daya, Farar Saka and Fatake n Dare would do anything to parry the question. “I like my privacy a lot and would not want to begin to talk about that aspect of my life here. But I know where you are headed and all I will say is that Allah’s time is the best,” she offers. But is she pained when some fans get beyond just the usual admiration? She smiles and replies: “Ha, no. I don’t get pained and that is because I have devised a subtle way to keep them in check. I have received some very outrageous proposals from people who think actresses are cheap or don’t know what they want in life or that we can do anything for money. Sometimes they see you playing a wayward girl and they think you are wayward in real life.

She is said to have an endorsement deal with telecom giant MTN.

CONTROVERSIES
No particular or real controversy