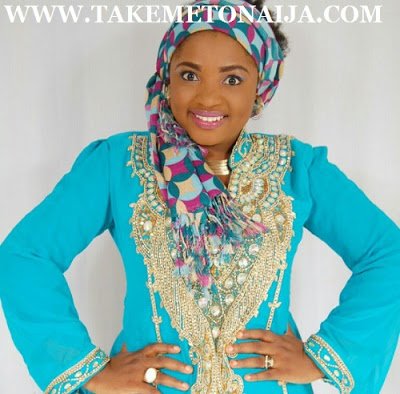 Aisha Aliyu is popular Nigerian Kannywood actress who came to limelight through movies like;Movies like Ranar Baiko, Hanyar Kano, Dakin Amarya. She’s been active ever since her breakthrough.

Aisha Aliyu, a young actress that has shown prospects to make it big in
the film industry. She was born in Nasarawa Local Government of Kano.
She went to Giginyu Primary and Secondary School and currently pursuing
her Higher Education.

It is obvious that Tsamiya’s performance throughout 2014 was highly
tremendous. Movies like Ranar Baiko, Hanyar Kano, Dakin Amarya, Haihuwa
and etc. Miss Aliyu won the best actress award in the fifth City People
Entertainment Awards.  Moreover, she hit the jackpot by signing
ambassadorship contract with MTN.

Barely three years in the Kannywood film industry, Aisha Tsamiya, has almost become a household name.
The actress credits her success to determination and focus.
“When I finally made up my mind to start acting, I never thought I
could be this famous in a short time,” Ms. Tsamiya told PREMIUM TIMES.
“After my role in Dakin Amarya, I became more prominent to producers and
fans of Kannywood. I can no longer walk freely in my area and even
markets in major cities in the North; people gather to chant my names.”
She said on the sets of SO and Dakin Amarya, the two movies that made
her famous, her strategy was just to follow the directives given.
“I was like let me just follow my director’s instruction and do my
best and my best turned out to be the very best,” she said. “When I
watched the film after it was released, I was like am I the one who was
displaying like that. It was indeed a marvelous outing for me in Dakin
Amarya, and also acting beside Ali Nuhu and Halima Ateteh who are big
stars in the industry.
“SO was one of favourite movies (to act in). Starring alongside one
of Kannywood’s best, Adam Zango, it was indeed a classic. I was so
consumed by the real nature of the script and at a point I thought
everything was real.”
The actress said her desire to excel at acting is inspired by her desire to help the less-privileged.
“I will not stop from giving whatever I have to those that are in
need,” she said. “I come from a society where things can be difficult
for many people and I feel I am obligated to give out whatever I have or
I can afford to those who are below me.


SPEAKING ON BEING A PHILANTHROPIST:
“I gave out some food stuffs, clothing and money to less privileged
people in my area in Kano and also took some to internally displaced
people living around my home in Kano. I did that so they can have
something to eat during the month of Ramadan.”
While she is on break from acting because of the Ramadan fast, Aisha
said she would take advantage of that period to continue to visit the
less privileged and make her contributions no matter how small.
“Although I am not a wealthy actress, I believe in giving, so
whatever I get, my mind tilts to finding someone I can render help to,”
she said.
Ms. Tsamiya said in spite of her success as an actress, her ambition
is to become a director, like Muhibbat Abdussalam. She said her ambition
is also to further her education. Currently, she is enrolled at
North-West University, a Kano state-owned university.
“I want to get educated first and succeed in my career then I will
think about getting married,” she said. “However, destiny may change my
wishes and I may get hooked up with Mr. Right, only God can say, but
those are my wishes.”