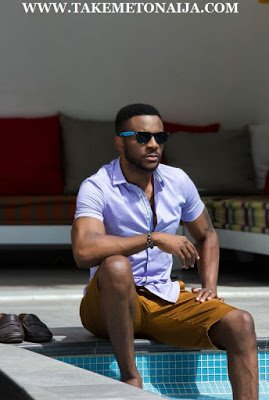 INTRODUCTION
Ebuka Uchendu is a  popular Nigerian media personality and lawyer from Okija in Anambra State. Ebuka came to spotlight after winning the first ever Big Brother Naija reality show in 2006. He’s had a great career in showbiz ever since.

Born in Benin City, Edo State to a banker father and a mum who is a nurse, he is the third of four children with an elder sister as well as one older and younger brother. He went through with his nursery and primary education in the mid-western Nigerian city of Benin, remarkably passing the Common Entrance Examination into secondary school from Primary Four. He subsequently moved to the capital city of Abuja with his family.

He had his secondary education at Christ The King College Abuja, graduating in 1997, before getting his university education at the University of Abuja, up until 2004. He proceeded to the Nigerian Law School Bwari, Abuja finishing in 2005 and then returned to school after a 5-year working gap, graduating in December 2010 from the Washington College of Law of the American University Washington DC, with Master of Laws degree specializations in Intellectual Property as well as Communications law from the Law and Government program.

HE SPEAKS A BIT MORE ON HIS BACKGROUND BELOW:
What informed your choice of career as a teenager?
My dislike of mathematics. I wasn’t bad at Maths. I just never really liked it, so I avoided it in every way. I grew up wanting to be a pilot. Then I realized I loved the arts better as I matured. So law for me was a natural calling since it was a professional course that didn’t need any Maths or physics classes.
Law and TV are little worlds apart, what motivated this sort of crossover for you?
It wasn’t an intentional crossover like I said. TV came unannounced and I flew with it. But as much as people think they are worlds apart, I decided to marry them together with my Intellectual Property and Entertainment Law degree. Besides, some of the most successful TV shows in America today are law related. Judge Judy for instance is a multi millionaire today from following both her passions in law and television. Maybe the legal profession isn’t as conservative anymore.

In 2006, he went in as one of an eventual 14 housemates on the first season of the popular reality show Big Brother Nigeria, finishing in eighth place. To date, he is one of the most visibly successful BBN 2006 cast members. In January 2017, he was announced as the host of the new Big Brother Naija season.

After the reality show in 2006, he signed endorsement deals with a major telecommunications brand as well as a popular brewing company and as such hosted Friend or For on NTA, the GLO Show, also on NTA, as well as Guinness’ Greatness TV. He also maintained a weekly column called Contrast with a Nigerian national daily newspaper, Thisday for upwards of 4 years and has written for other publications including What’s New & Ace Magazines.

In the run up to the 2011 general elections in Nigeria, he hosted the first ever presidential debate focused on youth issues, which was broadcast live across Nigeria. He also freelances as an MC for events

He has gone on to be a contributor to several online publications including the Y! FrontPage on the youth oriented YNaija, general lifestyle inclined 360Nobs, Breaking Times which deals mostly with current affairs, and StyleVitae a fashion and style portal.

In 2013, producers of Rubbin’ Minds, the popular TV talk-show for young Nigerians, announced that Ebuka Obi-Uchendu would be the new host of the show.

That signaled a major upgrade for the show which also came with new segments broken into news analysis, discussion and culture interviews effective January 6, 2013.
According to the Executive Producer of Rubbin’ Minds, Adebola Williams; “It’s been five spectacular years, and we are excited to take this to a whole new level in 2013.”

Williams explained that Obi-Uchendu has been an influential voice for young people across issues from pop culture to politics over the past few years.
“As an issues columnist on Thisday Newspapers, anchoring the country’s first youth-centered presidential debate, writing for the YNaija FrontPage and for Leadership, among others, he mirrors the ‘Rubbin’ Minds prime position as the conversation driver for young people nationally, and he will be an effective face and voice for that imperative.”

Obi-Uchendu did express his joy at taking on the new challenge. “I am very excited to be joining the A-team at Rubbin’ Minds. This is the show to be on to know what young people are talking and thinking about at any time. If it’s real and if it’s topical and it concerns young people, we will be discussing it, and I look forward to that ongoing conversation.”

He has gone on to interview some of the biggest names in the Nigerian youth circuit including Banky W., Gbenga Sesan, Seun Kuti, Oluchi Onweagba, Davido, Japheth J. Omojuwa and Chika Unigwe.

Also in 2013, Ebuka Obi-Uchendu became one of the co-hosts of The Spot, a show that combines a bit of reality TV with talk show and sitcom, showing on EbonyLife TV on DSTV channel 165 alongside Lamide Akintobi and Zainab Balogun. The show airs every weekday across 48 African countries and looks set to change the perception of talk shows completely.

In July 2014, he joined Arit Okpo as a co-host on the brand new chat show Naija Politics. The show which has experts and panelists discussing diverse issues as they affect politics in Nigeria, airs every week across Africa on EbonyLifeTV.

On April 15, 2015 Ebuka got engaged to HR manager, Cynthia Obianodo in Lagos. They got married on February 6, 2016 in Abuja.
When the news of his engagement to Cynthia Obianodo broke on the
Internet, there were reports that popular TV personality, Ebuka
Obi-Uchendu, only dated her for few months and proposed because of her
wealthy background. Cynthia is the daughter of Young Shall Grow Motors
owner.

However in a recent interview, Ebuka explained the main reasons he kept
their relationship a secret and how lucky he is to have married a
non-celebrity.

“I would say I was probably lucky using the word because I was dating
someone who wasn’t in the entertainment industry at all. So it was easy
for me to be with her, and have moments with her that nobody really knew
about. We dated for quite a while and people thought we date for four
months which I thought was funny,” he said.

In July 2016, he became the host of Men’s Corner, Nigeria’s first all male TV talk show.

AWARDS AND ENDORSEMENTS
He was nominated in the On-Air Personality category of The Future Awards for 2007 and 2008 consecutively. As well as Outstanding TV Presenter of the Year (Male)
at the Nigerian Broadcaster’s Merit Awards in 2013, 2014 and 2015 which
he won.

In 2011, he was selected as a Global Shaper – an exclusive group of young emerging leaders across the world – with the World Economic Forum.

In 2013, he was honored by the Federal Government as one of the Best
100 Young Nigerians in one of the events to mark Nigeria’s 100th
anniversary as a union.