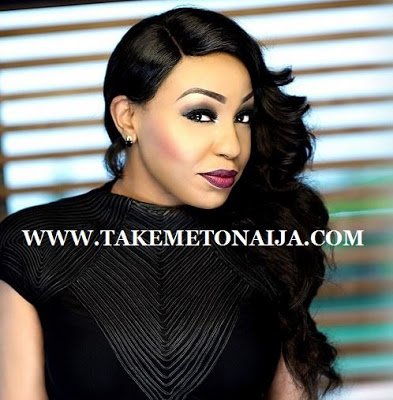 INTRODUCTION
Rita Dominic is a popular award winning Nigerian actress and film maker, and she is one of the the modern veterans in Nollywood. She came to spotlight in the late 90s and she’s been doing well ever since. She is also one of the richest and most successful in the Nigerian movie industry

Rita Dominic is a member of the Royal Waturuocha family of Aboh Mbaise local government area in Imo State. She is the youngest of four siblings. Her late parents were medical practitioners; her father was a medical doctor and her mother a nursing officer. Dominic attended the prestigious Federal Government College Ikot Ekpene, Akwa Ibom State, Nigeria, before heading to the University of Port Harcourt, where she graduated with a BA (Honours) Degree in Theatre Arts in 1999.
Rita Talked About Her Parents In An Interview:
“My parents are late and that is one thing that I regret in life that my parents are not here today to see me become what I am today. All my life, this is what I have always done and my parents actually supported me and that, at that time, was a bit strange for a medical family… because my dad was a medical doctor and my mom was a nursing officer. So, it was actually strange that coming from such a background, you will get all the support from them to be an actress to do my act and luckily for me, I had all the support from my siblings and from my parents and it is just so sad today that they are not alive to see me become what I am today.”

From childhood Rita Dominic knew, what she wanted to dedicate life to. Before becoming a famous actress Rita played in the performances at school. Also Dominic gained experience during children’s television shows in Imo state. In 1998 Rita made her debut in the film “A time to kill”. Dominic considered to be the most outstanding actress (the City People Awards, 2004). Rita tried her hand in more than 100 Nollywood films.

Rita has produced so many films herself as well and she apparently loves singing as well,so we might be seeing a Rita Domic music album sometime in the future.Her net worth is said to be 60 million Naira.
One of the stand out points of the actress is her beauty and beautiful figure.This is not by chance as she is said to exercise 2 hours daily to ease stress and keep body and soul healthy.Her hobbies also include reading,travelling,watching movies and acting.

Gossips about you comes with the territory once you are a star.So its no surprise the actress has had her life under scrutiny so many times.What the fans are most eager for is to see Rita Dominic and her husband wedding pictures.There have been a few high profile boyfriends and rumors such as Jim Iyke.But the most interesting rumour that probably was not true,is the one about Mikel Obi and Rita dating and getting married.

The couple were seen out and about and people quickly put 2 and 2 together and got 7!
Speaking with one of Mikel’s aides, he said he was sent by Mikel to go scout for good expensive ring. He also made it clear that Mikel hasn’t been known with so many women, so all fingers point at Rita Dominic.Sadly that story was not true,so Rita at 40 years old still waits patiently for her knight in shining armour.And you never know,we might be seeing those wedding pictures with her husband real soon.

This picture with a child started rumours of her having a daughter.
Another rumour that had been around for a while is the fact that Rita Dominic has a child,a daughter to be precise.Well,Rita has no children and is looking forward to having children when she gets married,not before then.She has never been married so any rumours of a past husband is untrue and if you see any wedding pictures,trust me,they are from a movie.

One of the most common accusations that Nigerian actresses face is that of skin bleaching.So many actresses have gone from a dark shade to 3 shades lighter skin withing a short time.It seems to be an unwritten rule in Nollywood that to make it you have to be light skin.But the funny thing is,the most popular actresses,Omotola Jalade and Genevieve Nnaji,did not bleach their skin.They have remained the way they were when they started.

We are not sure how much Rita has bleached her skin or if she has at all,but she does look a bit lighter than she did when she started out.This could be down to 2 reasons,she is toning or the lighting in films.I would not put her totally in the bleaching bracket because she has always been a bit on the fair side.

SHE TALKED MORE ABOUT HER LOVE LIFE IN A 2011 INTERVIEW:

We don’t hear about whom you are dating, we don’t hear your wedding bells or if you are even interested in wedding bells?
You don’t hear about whom I am dating because I have learned how to keep
my private business private. If you want to hear wedding bells, why
don’t you ring it yourself?
But your fans want to know
Not every tiny detail of my private life, I am already on twitter and
facebook so they know a lot about me already. I try not to discuss my
relationships because I hate what happens whenever it gets out. Every
little thing becomes magnified and not many men can handle being under
that kind of scrutiny. And when it does not work out, you are expected
to start explaining why it did not work or start forming that you never
had a relationship in the first place. No thank you.
So stardom can be quite stressful on a relationship?
Oh yes it can be especially if it is not built on a solid foundation. I
have seen what it has done to people in my industry. Being in a
relationship is already tough not to add the drama that we carry around
as public people. Apart from that, keeping your relationship private is
also a way of sorting out who really likes you for you or who wants to
date you just for the publicity.
Red carpet romance?
Exactly! Oh that is good one. I will use it from now. Believe me, they
are plenty out there and that is why I cherish a man who is on the same
page as you, someone who is more interested in your peace of mind not
causing drama every minute. Don’t get me wrong a little drama is good
for a relationship but not the kind of drama that appears in newspapers.
Is your boyfriend someone we know?
(laughter) Who?
Is he cute?
See this woman! What does it matter if he is cute or not?
You would date an ugly man?
Don’t get me wrong, cute is cute but I don’t date a guy just for his
good looks. It is about his mind, his heart, and most especially the way
I feel when I am with him and the way he makes me feel. Ahhhh this
interview needs to end.