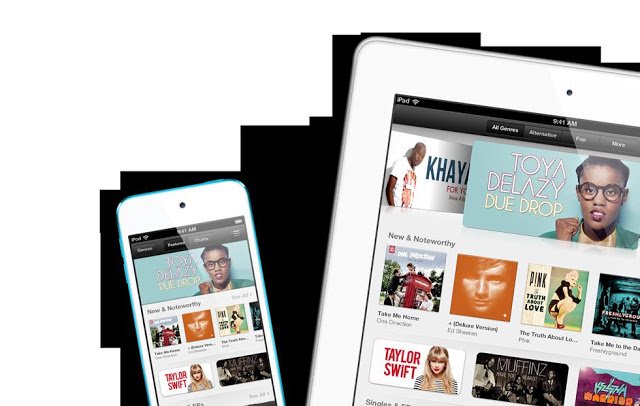 iTunes was launched in Nigeria in 2012. The
company opened up its services first to Nigeria, Kenya and South Africa,
up until this new change, carried out its transactions in African
country, exclusively in dollars. In 2015, Apple launched its streaming
service – Apple Music – a subscription-based service which was enabled
worldwide. Subscriptions to this service was paid for in dollars, with
individual subscribers coughing as much/low as $4.99 dollars for an
individual plan, and $8.99 for a family plan which accommodates up to 6
people.
But
all of that is no more. Since the increase in the exchange rate,
Nigeria has seen a reduction in online dollar purchases from app stores,
content streaming platforms and paid ads. And obviously, iTunes is not
left out of the dearth of online patronage from Nigeria.
For
local businesses, the effect of the policy has been tough. Unable to
pay for raw materials and imports with local currency denominated cards,
they’re forced to purchase dollars at a steep price on the parallel
market. Jet-setting Nigerians have also had vacation and shopping trips
disrupted. But, a silver lining has emerged.
Faced
with losing subscribers in Africa’s largest economy, some of the
world’s biggest tech companies are beginning to charge for services in
naira, Nigeria’s local currency, rather than US dollars. Over the past
month, Apple subscribers have taken to social media to complain about
being unable to pay for the company’s services.
In
changing the transactional currency to naira for Nigerians, iTunes is
seemingly towing the same line that Facebook took in October.
Before
Apple, Facebook had also adopted a similar tact. The social networking
site started charging for ad campaigns in naira back in June, as the
currency situation got worse. Nigeria, with more users than anywhere
else on the continent, represents an important market for Facebook.
Google started accepting naira payments for apps and games in its Play
Store in Aug. 2015, just as the forex problems started to bite
initially. But Google still requires Nigerian business users of its
AdSense and AdWords services to pay in dollars.
These
are initial days, and Apple is yet to reveal their conversion rates,
but everything has become cheaper in Naira. Previously a song off
Beyonce’s Lemonade album will cost $0.99 ($475.2) dollars to purchase.
Right now, it is sold for N100. The full album, which previously went
for $9.99 (N4,795), is sold for N900.
So
with N900 you can own a Beyonce album, while J.Cole fans can smile to
iTunes with N700 for his forthcoming full-length project – “4 Your Eyez Only”.
On
Apple music, an individual subscription will cost you N900 as opposed
to the earlier $4.99 (N2396). By doing this, Apple has become more
accessible to more Nigerians, and will now compete directly with local
streaming and download digital stores.
Digital
music downloads and streaming in Nigeria have become the most
favourable source of revenue for local musicians, particularly Tekno,
Olamide, Wizkid and Davido. The earnings are estimated between $US15
million and $US20 million monthly, which amounts to between $US180 and
$US240 million annually, according to Sam Onyemelukwe, managing director, Trace EMC Limited.
This comes to between N54.9 billion and N73.2 billion annually, based
on an average official exchange rate of N305 to the US dollars.
According
to new figures revealed at The Brook, BusinessDay’s corporate office in
Lagos, 80 percent of music downloads in the country are the works of
Nigerian artistes and are done primarily on mobile networks.
Telecommunication companies lead others in the music download and
streaming business in the country, with MTN controlling about 35 percent of total market share with its MTN Music Plus service, while Apple’s iTunes leads the other non-telecommunication platforms.
By
localising their transaction currency, Apple levels the playing field
between them and MTN and would now compete at their level.
How
would this impact local artiste revenue? For the short term, this would
create a reduction in their income via iTunes and Apple Music. With
purchases now made in local currency, they stand to lose more from
Nigerians who use the services. But the reduction in prices mean that
Apple can now attract more users, with a projected exponential growth of
subscribers on Apple Music. When this happens, their income would
tremendously appreciate.