You should checkout this new article by Melissa Mordi from ConnectNigeria, talks about needs to bring back our old African hairstyle.. The “Afro”. 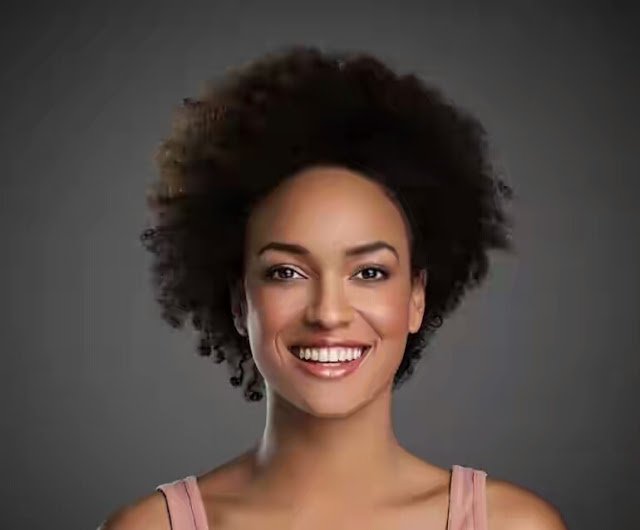 I can’t do it.” My friend and I stand outside our frequented hair salon. Me with a bag filled with nail polish, This Day newspaper and a bottle of Fanta and her with a box of relaxer.

“I can’t, it took so long to grow it out like this.” She touches her hair which is already beginning to grow past her shoulders, thick and dark.

“You’re the one who said you couldn’t manage it.”

“I know, I know.” She sighs and we go in together. The salon smells of burnt hair, wet hair and hair. A woman idly sweeps a tumbleweed of blonde, black and red into a trashcan while our fellow customers hiss into phones shoved between their ears and shoulders or snap at their kids while the hairdressers buzz around them, picking up and dropping combs, hair pins, straighteners on their cream slathered hands like flies. One of them glances up at us and notices the box cradled in the crook of my friend’s arm.

“You wan relax?” She rises slowly to her feet and then in the awkward and somehow oblivious way hairdressers often do invades her space and starts groping at her hair, her face still a mask of pure apathy. “Ah, this is good hair. Are you sure?”

My friend nods inching away surreptitiously from her hands. The other hairdressers look up and shake their heads.

“Don’t worry, we have serum.” The woman says finally pulling her hands away. “We’ll make it easy for you to comb.”

My friend glances at me as if asking me to validate the trustworthiness of a chemically altering hair serum. I shrug and she’s taken to a chair and has a towel thrown over her shoulders. Go back just three years and she would have been given an even stronger relaxer and warned not to let her hair get due. In recent years, Nigeria’s beauty standards have taken a complete turnaround with the afro coming back. With the reported cases of police brutality against African Americans in the States, the media has taken up arms with a revival of black pride unseen since the Black Panther movement of the seventies. With hashtags like #blacklivesmatter and #blackgirlmagic taking the world by storm, the days of Western beauty standards are coming to an end to be replaced with a more diverse and accepting structure catered for coloured women. Where does that leave Nigeria?

Nigeria’s beauty standards stem from the days of colonialism. Under British rule, the colonists established themselves as separate from the Nigerian population economically and socially creating a sociocultural division that established them as the better ‘other’. With white oppressors encouraging Nigerians to reject their roots and assimilate with Western beauty ideals features considered non-other were condemned as ugly. Hence black features such as thick lips, full bodies, dark skin and most significantly the afro became unfavourable with Nigerian women bleaching their skin to get lighter, dieting to get skinnier and perming their hair or getting weaves to achieve a white straightened hair look and hence look more ‘beautiful’. This continued for years even after Nigeria became an independent nation. By the nineties, natural hair was something only seen on toddlers or young children. Having natural hair was seen as unprofessional in working environments. You couldn’t have natural hair without people questioning when your hair would be ‘fixed’ or ‘done’.

The very process of perming or relaxing hair, sitting for up to twenty minutes as industrial level corrosive sodium hydroxide burns off the first layer of your hair and irritates your scalp all the while sitting without being able to touch or scratch your hair is painful and time taking and for no benefits. Relaxers weaken and damage hair rather than strengthen it. Yale Scientific explains: “The chemical penetrates the cortex or cortical layer and loosens the natural curl pattern. This inner layer of the hair shaft is not only what gives curly hair its shape but provides strength and elasticity. Once this process is performed it is irreversible. This process which produces the desired effect of “straighter” hair at the same time leaves hair weak and extremely susceptible to breaking and further damage.”

But we’d convinced ourselves “beauty is pain” until the rise of feminism in the late 2010s made us realise beauty was subjective. Taylor Swift, Selena Gomez and Emma Watson lead the international bid for feminism and women being more than just sexual objects and all bodies being acceptable but it never hit Nigeria until the arrival of our home grown Chimamanda Ngozi Adichie. In her famous Ted Talk, she addressed the misogynistic societal problems Nigerian women face being seen as “inferior” or “weak”. She made Nigerian women finally feel like they had a voice, they had a right to be heard, they had a right to be listened to not just by the rest of society but by themselves. They had a right to own themselves, not give themselves up to men in gift wrappings of destroyed hair and ruined skin. They had a right to decide how they looked and whether they were beautiful or not, with or without perms. Fast forward to 2016, my friend’s hair is done it’s somehow even bigger than when we went in. She runs her hands through it worriedly.

“It’s too big people are going to make fun of me.” The hairdresser shakes her head and smiles.

“They won’t know what they’re saying.” She places her hand on top of it. “It looks beautiful.”