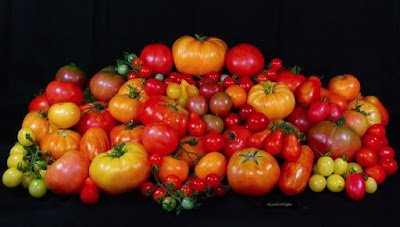 Astronomical. Stunning. Unbelievable.Just some of the adjectives employed by Nigerians who try to describe the rise in the price of tomatoes over the past few months.

Buyers have had their eyes forced wide open in shock. Then laments have followed, with the price of a basket of tomatoes being pointed to as a symbol of the worsening state of the economy. A basket of tomatoes which sold for ₦17,000 only a few months ago now sells for as much as ₦35,000. For a large number of Nigerians, it is not in doubt that the rise in the price of tomatoes has been caused by the fuel crisis which has bedevilled the country. A closer look at the facts may lead us to point the accusing finger at a different causal agent. And it’s not the dollar, although the culprit has itself been an unwanted player on the global stage, agriculturally speaking.
Tuta absoluta, also known as the tomato miner, has wreaked havoc on tomato farms in Jigawa, Kaduna, Kano, Katsina and Plateau states. The pest, which has its origins in South America, is said to be responsible for the elimination of tens of thousands of tonnes of Nigeria’s tomato supply. This adds to the loss of a huge amount of tomatoes on an annual basis due to inadequate storage- according to the United Nation’s Food and Agricultural Organization (FAO), about 750,000 metric tonnes or 45 percent of annual output was lost in 2010. In 2006, the pest was detected in Spain and has since then spread rapidly across the world. Its appearance in Nigeria should not have come as a surprise. But it has.
Nigeria is the largest producer of tomatoes in Sub-Saharan Africa, and one of the top twenty producers of the product in the world, with an annual output of about 1.8 million tonnes. But this is not enough to cater for domestic demand, which is about 2.3 million tonnes. The supply gap has allowed room for the importation of relatively cheap tomato pastes from Italy and China, thus posing a challenge to local producers who battle to keep their trade profitable. The recent move by the Dangote Group to start off the production of tomato paste in its $20 million facility in Kano was hailed as the beginning of great things for Nigeria’s agro-allied sector, as local farmers were to supply the tomatoes required for the 430,000 tonnes of tomato paste it was to produce annually. However, production at the facility has been halted due to a lack of raw materials, specifically tomatoes. Before this happened, some had incorrectly blamed the redirecting of a large fraction of supplies to the factory for the rise in the price of tomatoes. There are reports that local sellers have resorted to importing the product from neighbouring countries such as Benin Republic and Cameroun to save costs and make up for the present shortage in Nigeria.
The devastating effect of this episode of pest infestation on farms in Nigeria reminds us how much we are still at the mercy of nature. It also raises questions as to the preparedness of the government and the governed alike as to our preparedness for catastrophes of this magnitude, and possibly greater ones. If there was prior information thatTuta absoluta could become an absolute nightmare for us (and there was), why wasn’t more done to prepare for it? And what lessons, if any, have we learnt from this pocket draining, livelihood-destroying disaster?