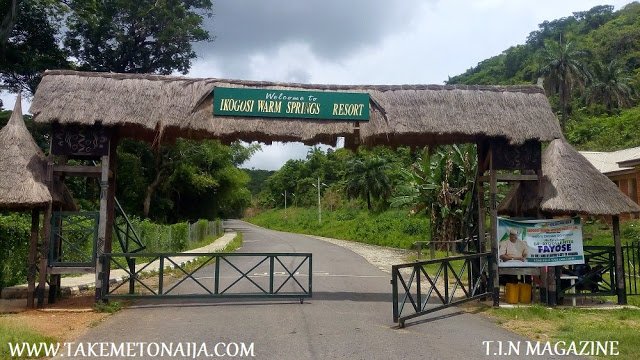 “ Ikogosi Warmsprings’’ has become a household name in Ekiti State and the South-Western Nigeria in general for being a tourist centre.
The myths surrounding its origin and its therapeutic nature, believed to be cure for many ailments based on individual visitor’s faith has endeared it to many.
For a first time visitor or tourist to Ekiti State, the experience will be incomplete without seeing the confluence of the warm and cold springs.
Located in a rustic vegetation and hilly terrain in the outskirts of Ikogosi, Ekiti West Local Government, tourists want to feel the effect of this mysterious work of nature.

The water is said to have a temperature of up to 70 degrees Centigrade at its source and 37degrees Centigrade after meeting with the cold spring.
This is caused by the variation in the volume of the warm water that is said to be more than the cold, and indeed, one of its unique attractions to tourists.
As popular as the warmsprings’ site is, it has not impacted positively on Ikogosi, the agrarian town that accommodates it in terms of socio-economic development.

Besides, the tastefully furnished 50 chalets built for visitors along with series of recreational facilities and swimming pool built some metres away from the warmsprings’ site, there is nothing more attractive to any tourist.
But how is the goose that lays the golden eggs being maintained by the Ekiti State Government to meet international standards?

The surroundings of the warmsprings are better imagined than experienced as they are in complete bad state starting from the rocky site where the warm springs flow down. Because of the bushy nature of the site, there is a notice warning tourists that they must not go beyond that point.
Chalets built for tourists by Fayemi administration

According to an elderly resident of Ikogosi, the warning is imperative because there is the likelihood of dangerous animals and reptiles in the rocky forest attacking visitors that may wish to go on adventure.
The channel through which the warm springs flow down to where it met with the cold one is laced with stones that are in an unhygienic state.
The landmark that indicates the meeting point of both springs is a mold covered cement structure, clay and pebbles without any attractive artistic input that can be pushed down by the slightest breeze.

In the 21st century Nigeria, the terrace leading to the warmsprings site and others around it is made of ordinary planks which can cave in if as many as 20 visitors decide to walk on it at the same time.
The huts erected close to the warmsprings where tourists can either relax or hold meetings are an eyesore in spite of the fact that local materials which can be used to maintain them are within reach.
The various zoos and cages built nearby by past administrations have been abandoned, overgrown with bushes and have become mere relics for caricature.

Some of them are said to have housed some lions years ago but one of the lions attacked and killed a visitor, and that led the government then to do away with them and abandoned the cages.
There is no doubt that those abandoned cages will be housing dangerous reptiles and animals that can attack visitors without notice.
There is only a monkey inside a cage close to the main reception to the warm spring site.
The question is; “what is the management of the warm spring doing with the N500 it collects from every visitor to the site on daily basis?
The money, the News Agency of Nigeria (NAN), learnt is either for the visitor to feel its warmth, fetch the water for medicinal purposes or pray inside the warmsprings at the meeting point.

How much is the budgetary allocation for the development of the warmsprings since the inception of the present administration and how much was the cash released and for the execution of projects?
One wonders what development plans the incumbent administration in Ekiti has for this God-given natural site now that everybody is touting diversification of the economy.
Nigerians know that diversification came to the fore following a dip in the price of crude oil at the international market which in the last 30 years or more has been the economic mainstay of the country.

Amid the decay in the place, the Kayode Fayemi-led administration, stamped its footprints in the sands of time by initiating the redevelopment of the warmsprings.
After it, nothing seemed to be happening to sustain the development agenda of the warmsprings by the current administration as the site is currently enveloped by thick bushes, bamboo trees and forests.
Such a sight could scare foreign tourists from venturing into the site from 5 p.m., a time when most visitors would have loved to enjoy
the cozy environment provided by nature.
Ekiti State Government should not pay lip service to the development of the warmsprings since it could be turned to a money spinning venture. The warmspsrings natural qualities are enough attraction that any visitor would want to savour and relish.
Paul Ojo, a resident commercial photographer within the prescient of the warmsprings, said that the purity it exhibited is one of its unique selling points.
Ojo also said that “the Ikogosi Warmsprings is very unique in the sense that it is one of the purest in the whole world and some companies have come to process the water into bottled water for commercial purposes.
“The Ikogosi Warmsprings is also medicinal, capable of curing any form of skin disease, rashes, pimples, stomach upset, various diseases affecting the human body and menstrual pain.

“What we also discover here is that each of the streams maintains its terminal flow, in spite of the fact that they meet and are flowing
together; you can still feel the warm and cold effects separately.
“And the temperature of the warmsprings increases when there is rainfall and during dry season when the harmattan wind blows.

“Also, the heat the warmsprings generates at such periods radiates around its surroundings like a fog, Ojo said.
Similarly, Uche Okechukwu, a Tourists’ Guide at the warmsprings says that many Nigerians visit the site to savour nature’s gift.
Unfortunately, with all these natural attributes, the surroundings of the warmsprings have remained largely unkempt and making it
unattractive to be a money spinner for the state.

There is no channel through which it could flow to enhance its hygiene. Also, both banks of the warmsprings have been left undeveloped.
The banks actually could serve as relaxation areas for tourists, visitors, revellers and guests alike after they must have enjoyed its alluring warmth.

If it is true that the Ekiti State Government says it recognises tourism as a veritable income earner that could replace oil if well harnessed, then it should put necessary machinery in motion to develop the warmsprings’ site to an international standard.

However, the Secretary to the State Government, Dr Modupe Alade, recently brought rays of hope when she told NAN in Ado Ekiti that the government would deploy everything humanly possible to develop the state’s tourism sector.

Alade also blamed past administrations in the state for the underdevelopment of the site.
She added that the Fayose-led government was poised to develop the sector to a veritable means of increasing the state’s Internally Generated Revenue (IGR).
The government also hopes to use it to effectively tackle the negative effect of the dwindling oil revenue at the global market which has resulted in reduced federal allocation to the state.
“The intention of the Fayose-led administration is to make Ekiti State a destination of choice for relaxation and holidays by developing all the tourism sites.
“With some of them already functioning, though not to the required capacity, I can confidently say that we are already on the track to
greatness,’’ she said 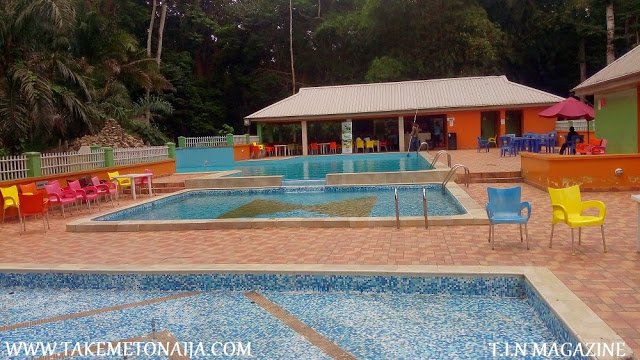 She listed the famous Ikogosi Warmspring located in Ikogosi Ekiti in area of the state as one of the few tourist attractions that are already operating at optimum capacity.

The mysterious thing about the Ikogosi Warmspring Resort in Ikogosi, is the fact that there is a rock from which flows, side by side, warm and cold waters both of which met to form a confluence with each maintaining its thermal quality.

That the Ikogosi Warmsprings have several myths and legends surrounding its origin and discovery is not in contention, but how the government will sustain its development is of concern to all.