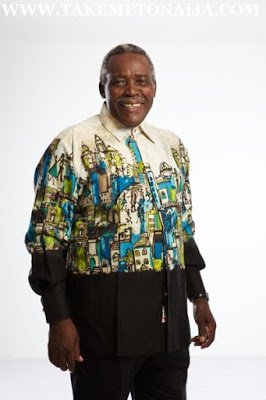 INTRODUCTION
Olu Jacobs, is a veteran Nigerian actor, He has starred in several British television series and international films. He started his career in motion pictures as far back as 1970. He is respected as one of the builders of the Nigerian movie industry. He’s featured in close to 200 films. Olu Jacobs has been married to fellow actor Joke Silva for many years now. They are referred to as Nollywood’s most celebrated couple.

He trained at The Royal Academy of Dramatic Arts in London, England. He then starred in various British television shows and series in the 1970s (e.g. The Goodies, Till Death Us Do Part, Barlow at Large, The Venturers, Angels, 1990, The Tomorrow People, The Professionals). In the 1980s Jacobs starred in several international films some of which include John Irvin’s war film The Dogs of War, Roman Polanski’s adventure-comedy Pirates and the family-adventure film Baby: Secret of the Lost Legend. Jacobs has starred in over 120 Nollywood films.

He came back to Nigeria in the 70s and they started organizing stage productions at the National Theatre. He thought to himself that what they were doing in the UK, they could do it here. That kept  them busy and during one Christmas, they did about 23 performances straight non-stop. They did a play by award winning UK journalist and play writer, Tom Stoppard ‘Night and Day’. It was quite a successful play. People were amazed and they were able to get the network news on Sundays to come to their rehearsals. The most fantastic thing was that people in Sokoto, Maiduguri, Makurdi, Minna, Kano, Zaria, were calling NTA and also calling their own relations that featured saying ‘We just saw you on NTA in this play. Is this what you say you were doing? oh, this is fantastic, wonderful’. All the actors were very happy knowing that something was communicating to their people more than anything else that they could say.
He revealed in an interview: “One day we were doing a show and Hubert Ogunde was doing his show upstairs. That is the man I saw in 1949 that made me decide that I would do nothing else but act. Our show was full but his was not. Our show was full because we did it in English language and many of the people that came to see it were non-Yoruba speaking.
But then, we had the social problem-car snatching. You went out, you were not sure if you will get home with your car. NEPA was doing its worse, armed robbers and all of that was going on, and it was discouraging people from going out to watch all the shows. They would watch maybe half an hour of it and leave. So that slowed us down but at the same time, it was to our benefit because we are now making movies that we are selling outside that you can go and watch at the afternoon at the National Theatre.”

Since the start of his Acting career in 1970, Olu Jacobs has featured in close to 200 Nigerian movies
such as Adesuwa (released, 2012),Eyes of the God a movie directed by Andy Amenechi, released in
2004 and several British Television series; The Goodies, Barlow at Large, Angels, The tomorrow
people among others. (Source: Wikipedia. org). Other films he’s featured in include Baby: Secret of
the Lost Legend, played the role of Col. Nsogbu in 1985 Olu Jacobs is a recipient of African Movie
Academy Award in 2007 for BEST ACTOR (Leading role), outstanding achievements in acting Award, Africa Magic Viewers Choice Awards (2013)

When asked in interview; All through your career, which moment has been the most memorable that may have caused you to be thankful that you choose this profession? HE SAID:
Any award is humbling. I feel humbled that in fact I have been able to touch people, which is why I came into the business so every award does that even more so, when you least expect. I had an award, AMAA award (2007) I didn’t know I was going to win. I believed in the AMAA award and give them support. I was told one of the movies I did with Tchidi Chikere (Director) and acted alongside Rita Dominic got a nomination. When I got to the venue, that was when I saw the program. They said they wrote me a letter but I didn’t see it. After a while, I felt like walking out but decided to stay for a while. When they got to the category, they announced me as the winner. It was very humbling and Bayelsa where the award was held happens to be a state that I am very fond of.

You and your wife are usually tagged Nollywood’s most celebrated couple. How did you meet?
I was having a meeting at the National Theatre and the door opened a young lady came in. I looked at her. I have never met her before in my life and I said to the people in the room ‘ladies and gentlemen, this is the lady I am going to marry‘. Everybody laughed. She looked at me up and down, hissed and left. Today, she is my wife and that was 27years ago.
With the rate at which celebrity marriages are crashing, how have you been able to keep it together?
It is God. There are other forces outside that you need to take cognizance of but when you do, you have to make sure that they don’t take control over your life. You are now thinking for two. No decision you take should be for yourself alone. It’s for two and it must remain for two. You have to always remember that. If my wife goes out, and she finds out that she would not be able to make it back at the time she initially thought she would, she picks up the phone and calls me to tell me. Fine! You are thinking for two, she knows where I am, I know where she is. We still do this till tomorrow. Communicating like that helps a lot, once we are talking, you have an idea of where I am and I have an idea of where you are. I am not saying that it should be every minute calls. Sometimes just being together in a room not necessarily saying anything is also important.
So who cooks for you when she is not around?
I am very familiar with the kitchen. Sometimes, I say, ‘okay everybody move, I want to do the cooking today’. I was a bachelor for a long time and I made sure that no woman would come and do ‘iyanga’ for me. I can cook anything; fish, chicken, different types of dishes, I can cook them. I feel at home in the kitchen so if she is there, I can come and join her though sometimes she drives me away.
How do you resolve your quarrels when you have one?
You learn not to pick on anything your partner says. It interferes with the relationship. If something happens and you want to discuss it, discuss it till the two of you resolve it. Why won’t we argue? I have a mind, she has a mind so why shouldn’t we argue. We must argue but as we do so, we must finish up that argument so we can start another one. We must quarrel, it is resolving it that is the task. Anybody can fight but how many can sit down and resolve it? You must finish one fight before another and you cannot jump because if you jump it will pull you back. We thank God and pray to him to continue to guide us and give us the wisdom to relate properly, and to be as fair and honest as possible. Apart from that, we just take it as it comes.+

Olu Jacobs was honoured with the Industry Merit Award for outstanding achievements in acting at the 2013 Africa Magic Viewers Choice Awards.
2007 he won the African Movie Academy Award for Best Actor in a Leading Role.
And more….