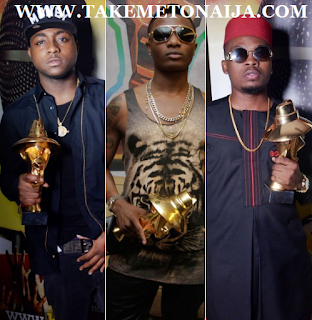 Well, this time around T.I.N Magazine brings to you
Nigeria’s most consistent hip-hop musicians of the decade.
In other words this
is a ranking of artists who have maintained relevance since starting their
career, and by that we mean; artists who have been releasing hits after hits
since they came into the music industry. Well, the ranking is judged based on
how many hit tracks they’ve got and how big the songs were within the last 10years. Well, you should know
you are going to find only artists who have spent not less than 5years in the
industry on this list.

He is a rapper an Afro-Pop artist to be specific, Ice prince is one of the most consistent Rappers in Nigeria. The singer started in 2010, dropped his debut album in 2011
and his sophomore in 2013, dropped an EP in 2015. Ice prince is known
for  dropping hit singles on hit singles every year. In 2015 he
showed to the world he is not just a rapper but a singer too.

Flavour started in 2005 when he released his self titled
album, but came into limelight in 2010 after the release of his sophomore
album, Flavour at the moment already have four albums to his name. Flavour has
sold out a lot across Nigeria and Africa as a whole. He is one of the most
unique artists in the industry. He does not drop too much singles but the
little he drops are always big hits.

Well, this singer is becoming a legend when it comes to Dance-hall music in Nigeria,
started as far back as 2007 after dropping his debut album titled “True
Story”, as of 2016 the music star has got 6 albums to his name. He
drop singles that always become hits every year. The singer have managed to keep his fans entertained by dropping the kind of songs they want.

She is often referred to as the queen of Nigeria’s music industry and truly she is. The singer
came into the industry in 2010 with the release of her hit single Kele
Kele Love, and she kept releasing hit singles till she dropped her debut
album in 2013 under Mavin records, she dropped her sophomore just last
year (2015) an album which have broken several records already. Tiwa
savage is believed to be the most successful Nigerian female pop star
ever.

Davido
the wonderkid is definitely among the top 3 biggest artists in Africa
at the moment, and unbelievably he’s only got just an album. The singer
has managed to stay relevant by dropping hit singles every year, most
Davido’s songs goes far beyond Nigeria. He has revealed he is going to be
dropping his sophomore album this year as he recently just signed a
global deal with Sony Music. Davido’s music videos are among the most
viewed videos on YouTube Nigeria. Kudos to the HKN boss, he’s shown he
is a hard working musician.

5] OLAMIDE
The
wonderful album and singles dropper Olamide Baddo is sure one of the most
consistent in the industry. Came into the music industry in 2010 and
have been making waves ever since. The rapper have been concluded by
many media outlets the biggest Nigerian Rapper ever. Olamide in 5years
has got five albums, never done in Nigeria before. Olamide in 2015
proved he is not just a rapper but a singer as well with the release of
songs like; “BOBO”, ‘Lagos Boys” and more..
4] WIZKID
Came
into the industry in 2010, signed to EME by Banky W. Wizkid is arguably
the  biggest artist in Nigeria at the moment. Dropped his debut album
in 2011 and his sophomore in 2014, he is going to be releasing his 3rd
album this year (2016 ) according to him. Wizkid is quite known for his continuous
release of hit singles. His Ojuelegba track have been said by many to
be his biggest song ever. Despite the competiton in the industry the
singer has managed to stay at the top of his game.
3] D’BANJ
The
Kokomaster started in year 2004, dropped his debut album in year 2005,
D’banj got Nigerians attention so fast and ever since remained relevant.
As of 2015 he has 5 albums already, D’banj is quite known for dropping
singles a lot some are hits and some are not. He is D’banj is currently
best known internationally for his 2012 summer hit “Oliver Twist”,
an uptempo dance fusion of Afrobeat and electronic dance music that
topped the African charts 2011 and was a top 10 hit in the UK singles
chart in 2012 reaching No. 2 on the UK R&B chart. Even though D’banj
have been said by many not to be really relevant in the industry
anymore, but the singer still keeps dropping albums and singles and he
is always in the headlines.
2] 2BABA
Formerly
2face, now 2Baba is by many people regarded as a
legend in the music industry, He is one of the most decorated and
successful Afro pop artists in Africa. He is also one of the most
bankable artists in Africa. Started as far back as 1994, dropped his
debut albulm in 2004, and as of 2016 the singer has got 6 studio albums.
He releases hit singles every year and has managed to remain relevant
till the present moment. 2face’s 2014 Ascension album is according to
iTunes the best selling Nigerian album on iTunes
1] P-SQUARE

With no doubts a lot of people would agree the P-square band
has been the most consistent in the industry for so long.. Maybe because they
are two but the thing is they are the only and the most successful Duo in the
music industry. Their Journey started as far back as 1997, and they released
their debut album in 2002. Since then its been hit singles on hit singles every
year not to mention the duo has got 6 albums to their name already. P-Square’s
music videos rules YouTube Nigeria, they’ve got the most viewed videos on
YouTube Nigeria.

[NOTE: DO NOT COPY THIS ARTICLE TO ANOTHER WEB PAGE WITHOUT PUTTING A LINK BACK TO THE SOURCE]