Here is the good news T.I.N Magazine would like to personally share with our readers, FC Barcelona have decided somehow invest in the Nigerian football industry. They just announced they are going to set up an academy in Lagos very soon. All thanks to the amazing Nigerian players making a good face for the country’s football sector in the European football industry..
READ FULL REPORT BELOW: 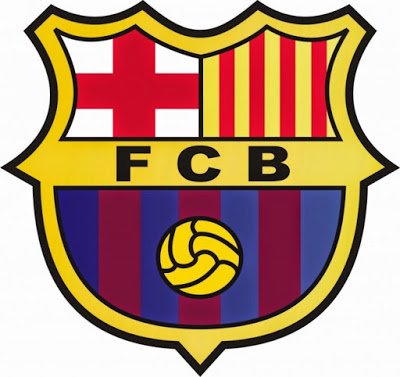 European Football heavyweight, FC Barcelona of Spain, have chosen the
business hub in the country, Lagos State, to be the home of its first
football academy in Africa.
This comes just weeks after the Lagos State Government, along with
Access Bank, successfully hosted an International sports event – the
first Lagos City Marathon.
The senior management staff of the football club met with the
Executive Governor of Lagos State, Akinwunmi Ambode on Monday at the
Lagos House, Alausa.
Gov. Ambode, whilst receiving the FC Barcelona executives, said he
was delighted that the club chose the state to set up the academy as
this aligns with his administration’s philosophy for sports development.

Mr. Ambode also threw his weight behind the project and promised the
maximum support of his administration in ensuring the project takes off
without a glitch. He also said the Lagos City Marathon was an indication
to how his administration aims to improve the Gross Domestic Product
(GDP) of the state using sports as a major instrument.
“This visit by FC Barcelona is coming at a point where I believe
strongly that we have nothing else to say than to say we are committed
to this partnership because we know it will give us the first FCBEscola
in Africa.

“I was made to understand that this is the first of its kind in
Africa and so, Lagos is priding itself as a major receptor of the next
academy to be established in Africa,’’ he said.
Pau Vilanovai Vila-Abadal, who led the team, thanked Mr. Ambode for the support given to them so far in actualising the project.
Mr. Vila-Abadal, who is the Director of Business and Member of FC
Barcelona Management Board, said the club chose Lagos State as the host
to its premier academy in Africa due to teeming population of the state
and the opportunity to share the philosophy of the team with the state.
Mr. Oscar Grau, Worldwide Director of Barcelona Academy, echoed
Vila-Abadal’s words and said the club hopes to use their unique
methodology to instill great virtues in footballers apart from football
skills and education, such as efforts, teamwork, humility, and respect.
He also said that the club also hopes to raise outstanding players
for Nigeria just like the way their La Masia Academy in Spain developed
the likes of Lionel Messi, Andres Iniesta, Sergio Busquets, Gerard Pique
and others.

Lagos State government has highlighted sports as a major platform to
promote development and youth involvement, and reduce unemployment in
the state.
Gov. Ambode also took the opportunity to pledge his support to the
Nigeria Football Federation (NFF) in hosting the first ever Beach Soccer
African Nations Cup in Lagos between Dec. 10 and 23, 2016.