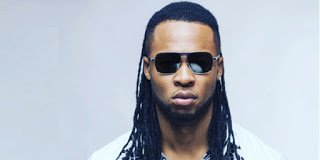 Today we’ve come up with a list of the 6 most unique Nigerian
pop artists of the moment. We tried making the list up to ten but these five
people below are the artists we think are extremely different in the industry
right now.

Well, the list you are going to see below is judged based on their
music genre, style of singing and their vocal uniqueness. Well, we made some
notable mentions after the top 5, find them below.

6] ADEKUNLE GOLD
Adekunle is an artist who came into limelight in year 2015
after the release of his first song “SADE” he sings Urban highlife, he
has shown he is a gifted artist with songs he’s released since gaining stardom.
Adekunle’s voice is unique in his own way, he showed that in a couple songs
he has done. In a simple expression Adekunle can be said to be a Pop,highlife, RnB artist altogether.
5] PATORANKING
Patoranking is a good “Reggae Pop” singer, his uniqueness is
quite obvious to many music lovers, judging from his hit single; Girlie’O, to
collabos he has made since gaining stardom we can tell his style of music is
different. He just doesn’t sound like a normal reggae musician he sounds like
he’s got his own style different from reggae.
4] FLAVOUR
Flavour N’abania by now is no stranger to us, he has been
consistent ever since gaining stardom, he sings mostly in his native language
and English language, Flavour has got that voice that draw people closer to his
music, Flavour is a R&B,POP,High-life musician altogether.  Flavour’s high rated uniqueness is all because
of how he uses his Igbo language to make good sounds, only few artists do that
with the Igbo language.
3] WANDE COAL
Well, he is quite respected for his sound a lot. His voice
is what makes him a very different artist. As a male artist wande’s voice is sweet
for the ears like that of a female’s. He is definitely a great R&B,POP and HIP-HOP
artist.
2] ASA
The high rated ASA needs no introduction, if you are fan
of good music you definitely must be following Asa on twitter. Asa is well
respected and adored by fellow musicians, Asa’s music is different, her sound
is different, she makes music like she was born to do it, with the amazing use of her Guitar it makes her craft more unique.  Asa’s style of music is basically POP,SOUL and
R&B .
1] BURNA BOY
Oh… Finally, meet the number 1 person on the list, it is
the almighty BURNA BOY.  No arguments, no
doubts Burna has the most unique voice in the music industry presently, you
just can’t sound like him, he is a real definition of anything called AFRO-MUSIC, he
makes the Afro beats sound like Afro-beats, his sound and beats sound so unique, Burnaboy
is sure a well gifted musician when it comes to his style of music which he calls AFRO-FUSION, he still do what he
does, he hasn’t changed his style.
NOTABLE MENTIONS: SIMI, SEYI SHAY,TIWA SAVAGE, ORITSEFEMI, DAMMY KRANE, SMALL DOCTOR.
What do you think of this list??