Today we bring to you a very popular and interesting festival that takes place in Kebbi state annually,
The festival is not just known in Nigeria only but internationally, it is a fishing festival, a festival which shows the true beauty of our culture. We bring to you a detailed history as gathered by Leadership Newspaper.

FIND MORE PICTURES AND VIDEO DOWN BELOW

Kebbi Kingdom, according to history, was founded by a famous warrior called Mohammadu Kanta in 1515. He conquered many and his neighbouring states to build the kingdom which stretched as far as Adar, Azben, Borgu, Ibadan, Kano, Katsina, Nupe, Oyo, Oshogbo, Ogbomosho, Zazzau and Zamfara. He used his great influence and power to build the city of his surname as capital for the kingdom and reigned 46 years, until he died as a result of wounds sustained from an arrow shoot in
Dan Asita, Ingawa District of Katsina State and was burried at Takwachal Bengi on January 25, 1561.
Argungu is synonymous with fishing and, historically, the fishing festival in the ancient kingdom dates back to 1934 when the then emir Mohammadu Sama or ‘Sarkin Kabbi’, as he was popularly called, organised a fishing ceremony to welcome the Sultan of Sokoto, Hassan Muazu – a Fulani king who was the first sultan to have visited and slept in Argungu, inspite of the rivalry between the Fulani and Kabawa tribes. This rivalry later resulted to fierce battles on the battle field for many years.
However, as a result of this historic visit to Argungu, the emir felt that the best way to receive and honour his high-profile guest was for his people – who were great fishermen, by the way – to arrange for the fishing festival to honour the Sultan, using their ancestral traditional occupation which is fishing. The visiting Sultan was treated to a grand fishing festival and, from that time on, the fishing festival continued to blossom. Today, it has become an international event, one which is honoured by tourists from all over the world and the country, people who want to see the wonderful culture of Kabbawa on display.

The fishing festival usually attracts fishermen from all parts of Kebbi and beyond; able fisher men who come with locally-made fishing nets of different sizes and calabash where they put fry (small fishes). The chief overseer of the river (Sarkin ruwan kabbi), Alh. Hussaini Makwashi told LEADERSHIP FRIDAY that besides the cultural value of the festival,the fishing event is symbolic, because it fosters peace and unity between Fulanis and Kabawas who have been fighting each other for centuries.
“You see, at that time, both Fulanis and Kabawas were at loggerheads, fighting each other but the fishing festival was able to bring about peace between both kingdoms. It even resulted in marriages between them.For example, this brought about the marriage between the families of the late emir of Argungu, Mohammadu Mera and the late Sultan Abubakar III,” Makwashi said.
The overseer also revealed that the fishing festival has also contributed to the economic betterment of the area and its people, besides its diverse cultural significance. He also believes that the fishing festival exalts the locality Argungu which also facilitated the securing of Kebbi as a state from the former Sokoto State in 1991. “Argungu became popular, as people everywhere and from all parts of the world came for the fishing festival. As a result, local people became rich, businesses blossomed and the state Kebbi State was formed. The government has also constructed huge bridges across the rivers and roads for us to go anywhere we wish to. When you look at farming, as well, the river has helped us in the production of rice which we even farm in the dry season. The government is even proud of us and what we do,” he added.
Makwashi also revealed the procedure of the festival. According to him, the fishermen from Kabbi and other parts of the country gather during the grand finale. When they are ushered into the river they all rush in and take strategic positions. They begin to fish after a signal is given and stop when the organisers feel that the fishing is over.
After the fishes have been weighed, the weightiest catch is then identified and awarded the first prize. Other events which add colour and glamour to the event before the final fishing are wrestling, local boxing (dambe), archery, agricultural show (display of different food crops and domestic animals), fish-butchering, canoeing, diving, cultural dances and singing, ‘kabanci’ displays (catching of birds and fingerlings with bare hands) without nets and, finally, the grand fishing which sums up everything and brings the festival to a close.
During the grand fishing, the fisherman with the biggest catch is decorated as the master-catcher. Also, he goes home with the cash and other prizes. The biggest catch, back when the festival began, was reserved for the sultan, emirs and other important dignitaries. But as time changed and modernity set in, some new events like car and bicycle-racing were added.
Makwashi recalled with joy when a fisherman man from Raha Village caught the biggest fish weighing about 80 kilogrammes inside the Matan Fada River which has a length of 2.3 kilometres. “Yes, at that time history was made when a fisherman from Raha netted the biggest catch of up to 80 kilogrammes. Since then, that record has not been surpassed by any fishermen. I can also recall that President Obasanjo attended the grand fishing finale then,” he said, smiling.
However, since 2008, the fishing festival has not held, due to the security condition in some parts of Northern Nigeria. Makwashi, however, appealed to the authorities concerned to revive the festival in view of its economic, social and cultural importance to the people of the state and country generally.
A historian who doubles as the public relations secretary to the emir and a member of the Argungu Emirates Council, Alhaji Yakubu Ibrahim Bagaye (Wakilin Kanta), also spoke extensively about the significance of the festival. After highlighting the history of the events from its roots again, Bagaye said the event could be traced back to the fishing history of the people of the Kabawa.
“Due to the availability of rivers in Argungu, farming and fishing were the main occupation of people. With all these they were able to feed, not only themselves but the state and the country with rice and fish. “So, you see, economically, this is important to everybody. Fishing and farming are the main-stay of the Kabawa people. These had necessitated the annual fishing festival by the Kabawas for over thousands of years; so, you see, it’s an old tradition. Even before the advent of Emir Kanta, Argungu has been known for both farming and fishing,” he said.
Bagaye also shed more light on the history of the area and the fishing festival itself. “At that time, the whole Kabbi was under the Kingdom of Songhai and, at that time, Songhai was very large. It was as big as five West African countries. The king of Songhai, Askia usually sent his messenger to Argungu to get enough fish to satisfy the whole of Songhai Kingdom. Seeing this, the Emir of Kanta made it a yearly event. Most Kabawas are fishermen; they have their fishing tools with them. They only enter the water to fish when the water from the river subsides. Usually, before the big event, the emir and his district heads attended a mini-festival where some fishermen were invited. But, in this case, only a small portion or one area of the water was used. The number of catches always indicates if the fishing for that year has been fruitful,” he said
.

On the account that the fishing festival which dates back to 1934 helped in fostering peace between old rivals, i.e. the Fulanis and Kabawas, the Wakilin Kanta also had this to say:
“In those days there was discord and lack of understanding between Fulanis and Kabawas, leading to series of wars and a lot of distrust, but the famous jihadist Shiekh Uthman dan Fodio never fought against the Kabawas, because the subjects of the Kebbi Kingdom were all Muslims and Dan Fodio’s crusade was directed at non-Muslims, so he never waged war against the Kabawas. After his demise, though, there was a misunderstanding between the Fulani emirs and the Kabawa leaders. During the reign of Sultan Dan Muazu Sokoto and Muhammadu Sama of Kabbi, on their way to Kano to attend an event, both of them had a misunderstanding and the Emir of Kabbi and his delegation had to change his course.

“Hassan was the heir to the throne of the Caliphate, but welcomed the emir of Argungu, inspite of their existing problem. So, in view of this, the Emir of Kabbi felt happy and prayed for Prince Hassan to succeed the throne of his father. Later, they left for Kano together for that event. Shortly afterwards, the sultan died and Hassan was chosen as the new sultan.
“The new sultan, a Fulani, sent a message to the emir of Argungu, informing him of his desire to visit. Elated, the emir of Argungu or Sarkin Kabbi sat with his people and finally decided to organise
a befitting fishing festival to honour his esteemed guest, the Sultan of Sokoto. During the maiden edition, a lot of fish were caught for the sultan and his entourage. Both leaders became happy and, from that time onwards, the sultan vowed to visit Sarkin Kabbi constantly. On his part, the Sarkin Kabbi promised to stage a yearly fishing festival to honour their friendship. That, you see, is the genesis of the fishing festival which has now become an international event which tourists from all over the world come to see,” he said. 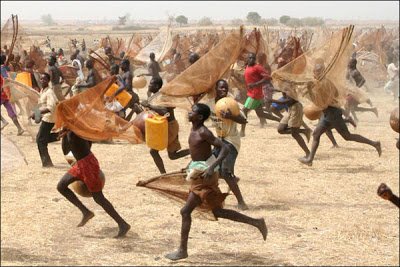 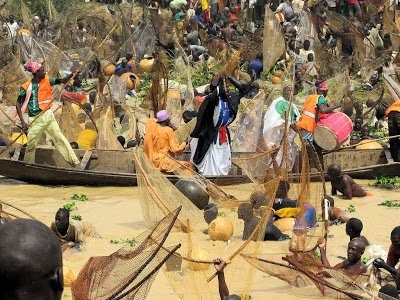 Bagaye blamed the security situation in the country for the inability of the festival to hold in the last six years. He, however, expressed optimism that, when the situation normalises, the Kebbi State government and Argungu Emirate who are custodians of the event will set the ball rolling again for the continuation of the festival which he says “cannot be abolished now”.
A fisherman, Garba Homa Argungu , who has been partaking in the fishing festival for many years and has a fishing experience spanning over 30 years, lamenting the suspension of the festival.
“I am not happy that the yearly fishing festival has not taken place for years. During the fishing festival we benefit a lot in terms of money. Although I have never won any laurels at the event, I make about N20000 to N30000 from the fishes I catch and sell to people,” he said. 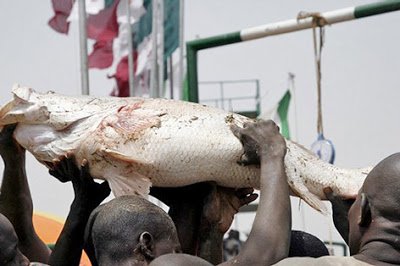 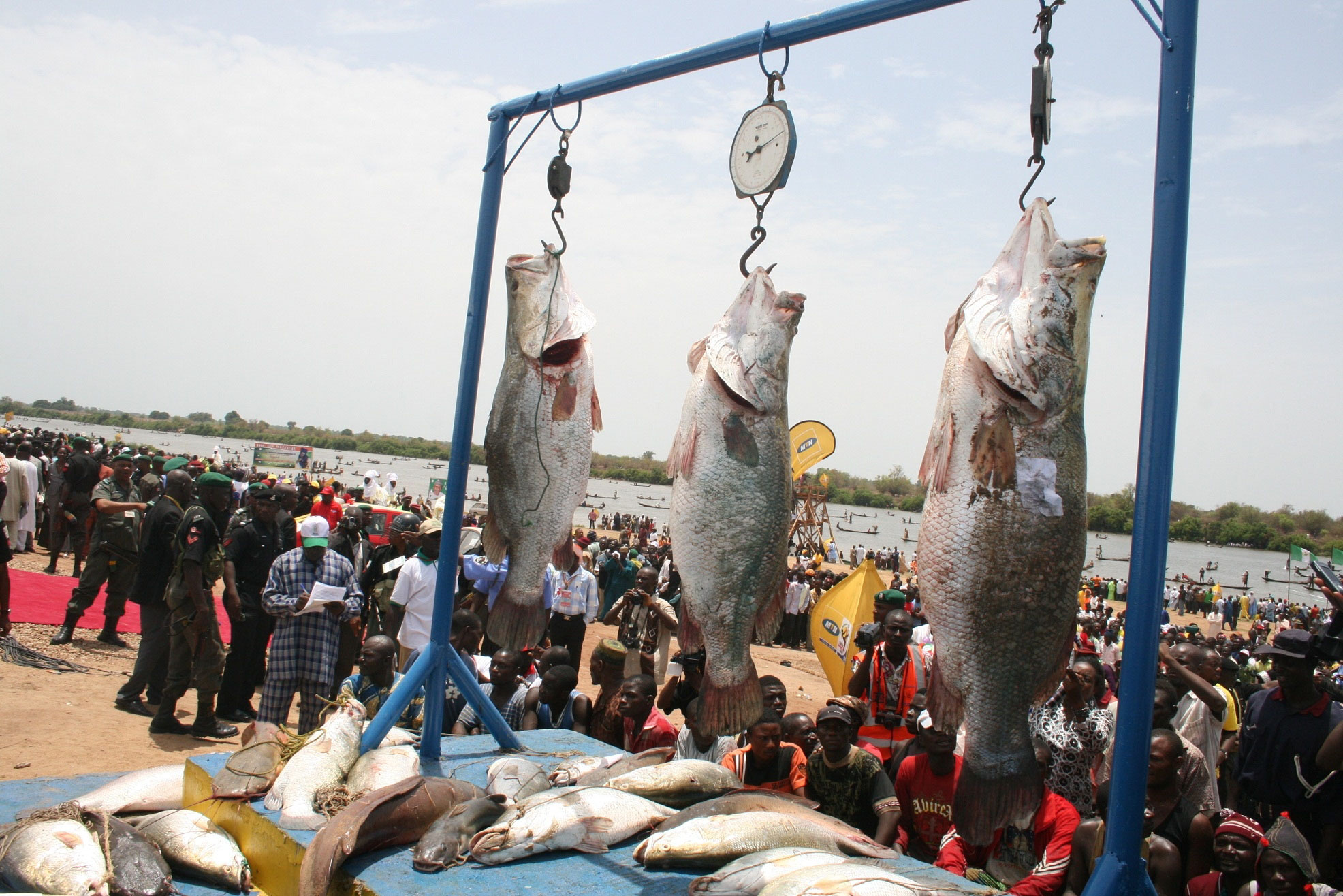 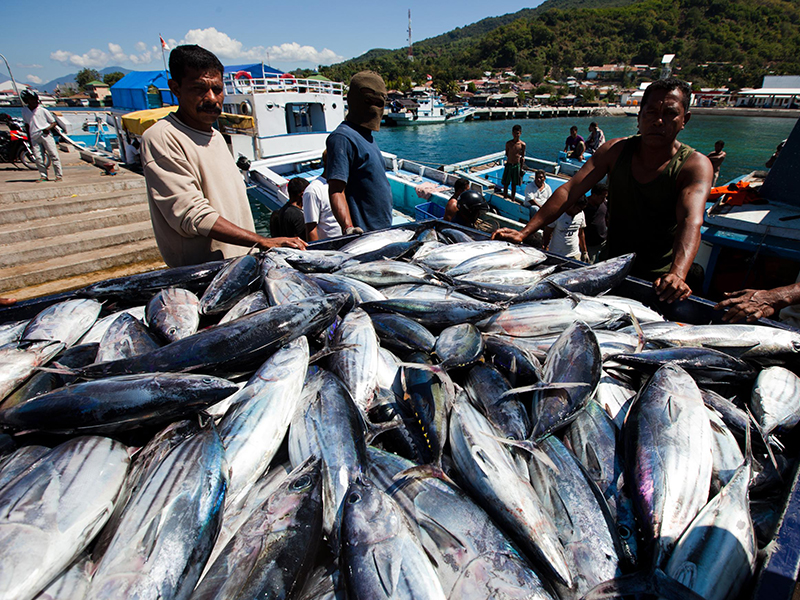 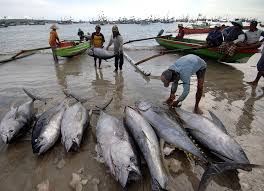 On its part, the Kebbi State government said the safety and security of the people is considered first and beyond any other thing. The director-general, Argungu International Fishing Festival, Alhaji Abubakar Ladan, said that “the fishing event witnessed years of postponement as a result of security concerns and in view of the security situation in the country. Although Kebbi is generally peaceful, we do not want to take chances by gathering thousands of people in a place. However, I can assure you that, as soon as the security situation improves the government will be ready to continue with the great event,” Ladan assured.