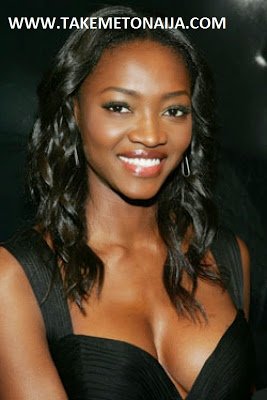 Oluchi is a Nigerian supermodel, Onweagba grew up in the suburbs of Lagos, Nigeria with her two brothers and sisters. She is the daughter of a civil servant father and mother who was a nurse. When Onweagba was 17 years old, she won the”Face Of Africa” contestShe was urged by a family friend to enter into the M-Net”Face of Africa” preliminary screening at the M-Net office in Victoria Island, Lagos.The agency groomed her to be one of Nigeria’s entrants for the 1998 competition (now called the Nokia Face of Africa). This despite the fact that, growing up, she had maintained a relative ignorance towards fashionand modeling. With the support of her family and friends, she decided to compete in the inaugural edition of the Face of Africa in 1998. This was the first-ever continent-wide model competition, organized by the South African channel M-Net in collaboration with Elite Model Management.
She won the competition. She was just seventeen years old. Elite Model Management awarded Onweagba a three-year modeling contract.

After moving to New York City, where she still lives, Onweagba graced the covers of Italian Vogue, i-D, Pop, ELLE, Untold, and Surface; she also was featured in Nylon, Marie Claire, Allure, and other national editions of Vogue around the world.
She became the face of campaigns for Gianfranco Ferré, Gap, Express, Banana Republic, and Ann Taylor, as well as working for Victoria’s Secretin print walking for seven consecutive years in the annual Victoria’s Secret Fashion Show. [6]Onweagba’s runway experience has been with John Galliano, Christian Dior, Costume National, Chanel, and Giorgio Armani, amongst others, in London, Milan, Tokyo and Paris. She has worked with such notable photographers as Steven Meisel, Nick Knight, David LaChapelle, and Patrick Demarchelier.

Beyond modeling, she tries to serve as a role model for other aspiring talents in Nigeria, especially young girls. She volunteers her time and her image for such NGOsas LEAP Africa (an entrepreneurship incubator) and NIPRO. She also is continuing her higher education, having studied for an associate’s degree in the New York City educational system.
After her three-year contract with Elite expired, she signed with DNA Model Management. A highlight of her career so far was when she was featured in the Sports Illustrated Swimsuit Issuefour times, from 2005 to 2008.

In 2008, she launched a modeling agency in South Africa, OModel Africa, with offices in Johanesburg and recently in Cape Town. The 2008 winner of M-Net Face of Africa, Kate Tachie-Menson, was awarded a US $50,000 modeling contract by OModel Africa.[ citation needed] She is currently the host and head judge of Africa’s Next Top Model

In August 2005, Oluchi married her longtime companion, Italian fashion designer Luca Orlandi, and in April 2007, their son Ugochukwu was born. “I worked till I was in my sixth month. But by my last trimester I had gained so much weight, and even more weight after delivery. My mother was so shocked when she came visiting. She could not believe that in my lifetime, I could be that big.”
Oluchi has since launched her own agency, O-Model Management, in Johannesburg, with a second office in Cape Town. Oluchi describes herself as an “entrepreneur at heart” and plans to expand her agency throughout Africa. She shares her passion with African teenagers: “I wanted to do more than the usual charity. I wanted to empower young adult women to make a living at an early age, so they can have a voice of their own even if they do not make it to the Western countries like I did. That is why I created O-Model Africa.”
Oluchi is very vocal about the need for more black models on the catwalks and in magazines.

As her career has taken off, Oluchi has never forgotten her roots and constantly gives back to society. As one of the most high-profile international models of Nigerian origin, she serves as a role model for other aspiring young girls in the West African country. She has volunteered her time and lent her image to NGOs such as LEAP Africa (an entrepreneurship incubator) and NIPRO. “I don’t necessarily have projects per se. I consider myself a global individual with a local heart for Africa. I was born and grew up in Nigeria for 17 years. Whatever I have to contribute to this world [will] only be for Africa.” 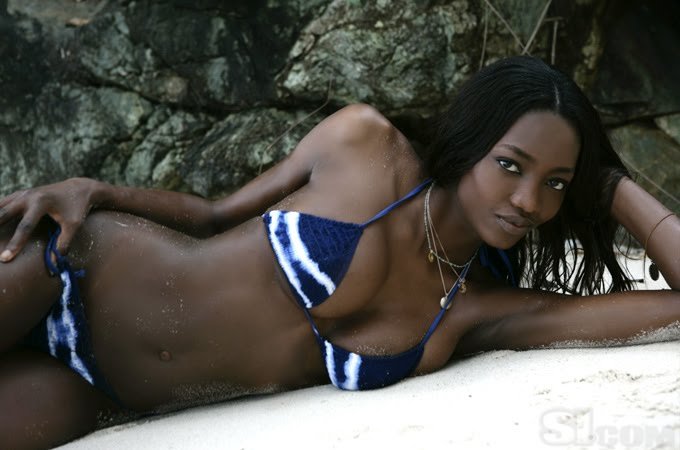