Nigeria is the most populous black nation in the world, it has a population of over 180 million people.  The country has 3 major tribes, although it has over 250 ethnic groups, with over 520 languages. Every tribe has a special way of living, such as marriage, art, food, dressing. These are what makes the country an interesting and attractive place for foreigners. Customs and traditions differ across the various tribes. The tribes have different ways of doing things and celebrating.

Nigeria is a multi-religious country. The predominant religions are Christianity, Islam and the traditional religion. The majority of the Northerners practice Islam, while a small percentage of them practice Christianity. The largest amount of Southerners are Christians. Christianity (Catholicism and Protestantism) is what is practiced mostly in the southeastern(Igbos) part of the country, however, it’s a blend of Christianity, Islam, and traditional religion in the South Western(Yoruba) part of Nigeria. It might be surprising to know that, even though these people have embraced foreign religions and cultural values, their acts and behavior are still deeply rooted in their culture.
Festivals
The Yorubas stick to spiritual lifestyle, honoring the rich Nigerian culture and history. They have various deities. The most popular female deity in Yoruba land is the Osun goddess. She is the goddess of Rivers and fresh water.  She is the custodian of female fertility, and sexuality.  She’s celebrated every year, in the Osun cradle, Oshogbo, Osun state. Osun festival is a UNESCO recognized festival. One of the few festivals recognized in Nigeria. The festival is always a celebration. her followers would adorn themselves in white apparel, while a young virgin lady would dance with the “Osun calabash” on her head from town, down to the cradle. Thousands of people would follow her, including the Chief priest known as “Yeye Osun” and other dignitaries. On getting to the cradle, sacrifices would be made inside the River Osun, then barren women would be allowed to come bath on the River for fertility. Osun is not just peculiar to the Yorubas, she’s being worshipped in some parts of Venezuela, Brazil, and Cuba. If you want to visit one of these festivals, but have too much work to do, you should check Eduzaurus. Even recently, the popular pop-star, Beyoncé referenced Osun in her 2017 Grammy award performance 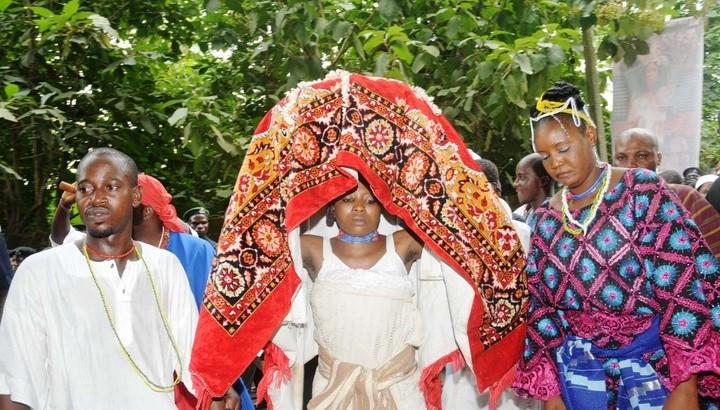 FOOD
There are varieties of food in Nigeria. However, the commonest food in the Southern part of Nigeria is Pounded Yam and Egusi (melon) stew. This dish is a must in every celebration, be it marriage, naming or burial. Oh yes, burial is always a celebration in Nigeria, especially when the dead person is an elderly. I will explain in details how pounded yam and Egusi stew is made
Firstly, the yam tuber is sliced into different sizes. The yam tuber sliced depends on the number of people that would be eating. The yam tuber is then peeled, then boiled in a pot for about 15 minutes. You must be careful not to add salt when boiling the yam. The yam tubers are pounded in a special Mortar and pestle, till they start drawing, and without knots inside them. Below is a picture of pounded yam and Egusi soup by the side 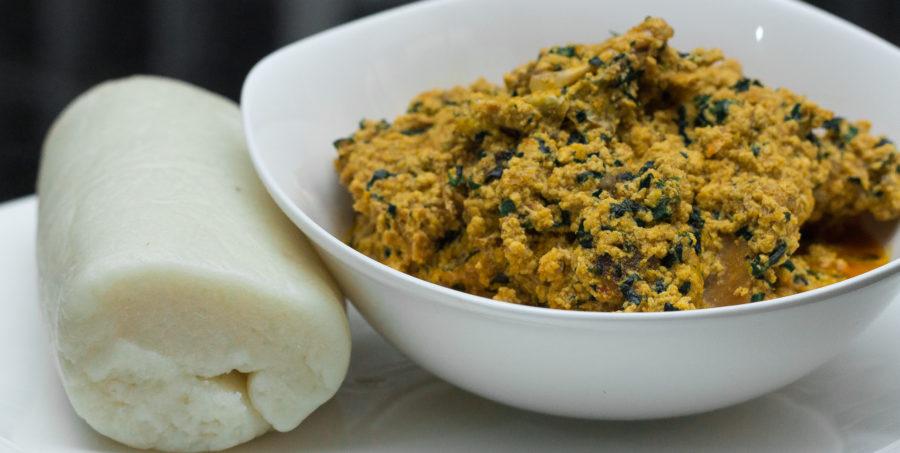 WEDDINGS
A wedding is a big deal in Nigeria. Each tribe celebrates its own differently, but there is a similarity in the way marriages are celebrated. It begins with what’s called introduction. This is when the man shows interest in the lady by going along with his family to the family of the lady to show official interest in the lady. This is usually a parlor event, with about 15 people in attendance, however, some families turn this into a fanfare, with many people in attendance. The date of the wedding is proposed on this day. The next phase is the traditional wedding. This is the most important part of the wedding activities. It’s usually done a day to the wedding, although, some couples would like to do the traditional wedding in the morning of the wedding day, then the white marriage later in the day. The traditional wedding is always a beautiful event. People would come to the ceremony looking glamorous, exotic and traditional. 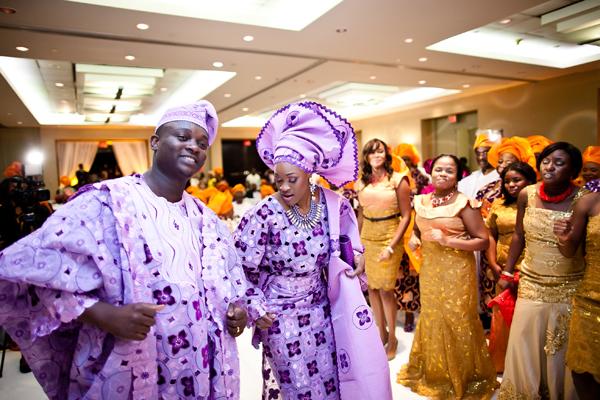 Generally, Nigeria is a peaceful place to be, although there used to be some terrorist activities in the Northeastern part of the country, they’ve been significantly curtailed by the gallant Nigerian military. Nigerians are great people, and if you’re ever visiting Africa, Nigeria should be the first place to visit