Jute leaf (popularly called ewedu among the Yoruba, ahingbara in Igbo
and rama in Hausa) has been grown for food since 6000 B.C. It was said
to be eaten by Cleopatra, because of its health and beauty benefits, and
since then its good name has spread abroad. Over the centuries, Cochorus olitorius,
which is the botanical name of the leafy vegetable have been
scientifically proven to be efficient in the improvements of certain
conditions in man.

In
recent history, it has been relatively unknown for its range of
culinary and health benefits. The fiber-rich stem of the jute plant has
been dismissed as just a source for bags and ropes. The reason for this
probably lies in the fact that this food with its tender leaves is so
commonly grown in many parts of the world that it had no commercial
value as a food product. But maybe the Egyptian people knew a secret.
This member of the mallow family is considered a staple in Egypt, where
it is called malukhiyah. 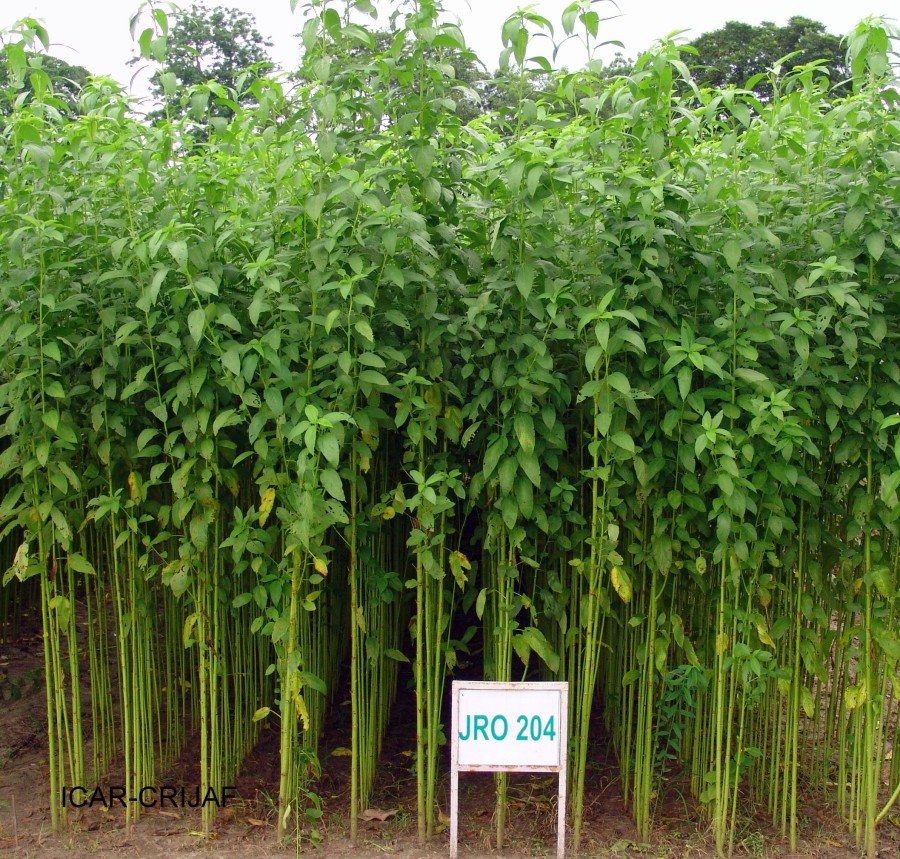 It
is also grown in Bangladesh, India, Myanmar, Nepal, China, Taiwan,
Thailand, Vietnam, Cambodia, Brazil and some other countries. In fact
Bangladesh used to enjoy almost a monopoly of this fiber commercially;
its share in the export market was 80% in 1947 – 48 but in 1975 – 76 it
fell to only 25%. This fall in the world market was due to the fact that
many countries had started growing jute and allied fibers.
Today,
in many parts of Asia, Africa and in the Philippines, jute leaves, also
called saluyot, or Jew mallow, have been heading the list of anti-aging
miracles. Research has shown that the different varieties of Ewedu
possess very important and valuable vitamins and antioxidant that will
be of immeasurable nutritional and therapeutic value to the body system.
The main vitamins in this vegetable are A, C and E, which are key to
protecting the body from degenerative diseases such as Cancer.
Apart
from being very rich sources in calcium, beta carotene, and vitamins C
& E, jute leaves are a healthy addition to soups and stir-fry veggie
dishes. Like the consistency of okra when cooked, jute leaves are
similarly sticky and are added to soups, sauces, and stews to thicken
the dish.


Ewedu
leaves contain almost all of the nutrients needed by humans. But, the
most important benefit of the leaves is their high antioxidant property,
primarily in the form of Vitamin E. These antioxidants combine with
free radicals that cause problems like arthritis, hardening of arteries,
heart and kidney ailments.
Among the many benefits, saluyot contains:

Ewedu is rich in fiber, therefore regularly intake of the leaves
help to control blood pressure, cholesterol build-up, diabetes, lowers
the risk of asthma, cancer, and also prevents heart disease. Saluyot
leaves are rich in fiber and its slimy consistency when cooked is used
to treat various digestive problems such as diarrhea, stomach ache,
dysentery, constipation and ulcers. Saluyot can be added to any soup you
make – chicken, beans, pumpkin and so on. It could also be stir-fried
and eaten with rice or noodles. The longer it is boiled or fried, the
more sticky it gets, so the best way to have a not-too-sticky ewedu is
to cook for a short period of time.