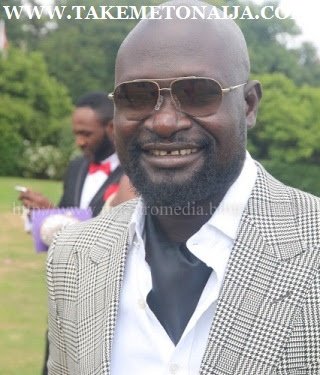 mami is the CEO of A & E petrol, A & E group of Companies (which includes different aspects such as Oil, Logistics, and Constructions), 911 Hotels & Resorts, and 911 entertainment.
Ayiri Emami has been the Vice chairman of the Delta Waterways Security Committee (DWSC).

On 23 October 2014, he surprised his wife with a brand new customized Rolls Royce as she turned a year older.
The name Ayiri Emami rings a bell in Nigeria especially Delta State from where he hails. He is a Warri born billionaire businessman and a highly influential Niger Delta youth leader who was the former chairman of Delta Waterways Security Committee.

The famous big boy controls an empire that has interest in Oil & Gas ,entertainment,Hospitality and several others.

Ayiri Emami Renowned for his flamboyant wealth which is evident is the luxury lifestyle he lives, Emami is also a philanthropist who largely has impacted on the lives of many showbiz stars, most evident is music star Tuface Idibia who he bankrolled his 5 star Dubai wedding with first class flight for all guests, a cash gift of 20 million and a brand new Range Rover wedding gift

A lot of people are familiar with the name Ayiri and the fact that he is very wealthy but not many know the magnitude of his vast wealth. Ayiri is a young man who got married to his lovely wife Asba in 2010 ,in a wedding tagged to be the most expensive ever held in Delta State.

He owns 4 magnificent mansions in Delta State which he calls Emami”s Haven, one in Houston United States of America where he lives, one in Lagos and another in Abuja.

His abode in Delta State has a Lush Tennis Court, Swimming Pool, Basket ball court, a Zoo and a very vast acreage. He is the CEO of A&E Petrol,A&E group of companies which comprises of Oil, Logistics and construction,.

He is also the former chairman
of Delta Waterways Security Committee and board chairman of NigerCat, a
construction company under Chief James Onanefe Ibori administration in
Delta State. Emami was never once known to be a musician but he loves
music. Emami resides in the Ubeji town, Warri South Local Government, Delta State Nigeria. In 2011, he married Asba Emami, reportedly spending about N150 million on the wedding

He is also into hospitality and owns a very big hotel Called 911 Hotel in Warri, and a  911 Beach Resort in Ugborodo,Delta State..He also owns an entertainment label Called 911 entertainment. At his wedding in 2010, it was a carnival like celebration that had all the big Nigerian artistes performing, from Tuface, Psquare, Dbanj and many others.

He is said to have sponsored a lot of movie stars with huge sums for movie projects and has bought cars for several of them. His wealth is also displayed with his love for very expensive luxury cars and his garage boasts of over 20 wonder on wheels ,including 2 Rolls Royce worth over One Hundred &Fifty Million, a Bentley, Mercedes Gwagon,Range Rover, BMW,Lexus SUVs and several others. He was one time contractor to Chevron Direct and Chevron Sasol EGTL project.

Ayiri also owns a private Yatch which was ferried down from America to Dubai for Tuface and Annie’s wedding in Dubai. And just few days back, he surprised his wife with a customised 2014 Rolls Royce birthday gift in America. The Oil Magnate is also alleged to own a tank farm and is a major player in the crude oil business.