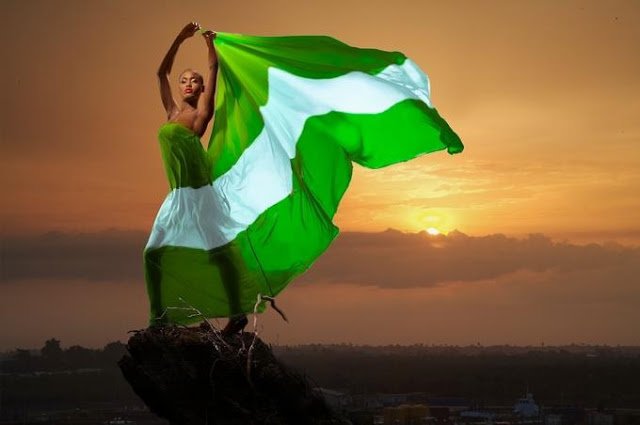 Language
is one of the most significant features of mankind. There is nearly
nothing human beings can do without the function of one form of language
or the other. It is quite interesting to know that among the 6500
spoken languages in the world, Nigeria takes the 3rd position
in the list of countries that have the most spoken languages. This
invariably shows that Nigeria is not only rich in human and natural
resources but also in the varieties of human languages. Nigeria is said
to have 560 spoken languages after Indonesia and Papua New Guinea which
has 742 and 820 human languages respectively.

Some
linguists who disagreed with that fact state that most of these
languages are either extinct or just dialects of some of the major
languages. Among these spoken Nigerian languages include Ajawa,
Auyokawa, Basa-Gumna, Gamo-Ningi, Holma, Kpati, Kubi, Mawa and
Teshenawa. English is Nigeria’s official language; however, Nigeria’s
large population is said to be responsible for its linguistic diversity
which involves three major African language families: Afroasiatic,
Nilo-Saharan, and Niger–Congo. Here is a list of the most widely spoken
Nigerian Languages. This
is a branch of the Afroasiatic language family) with the largest number
of speakers, spoken as a first language by about 35 million people
from Sokoto, Kaduna, Katsina, Kano, Bauchi, Jigawa, Zamfara, Kebbi, and
Gombe states and as a second language by 15 million in Nigeria, and
millions more in other countries, for a total of at least 50 million
speakers. Hausa is
a tone language, a classification in which pitch differences add as
much to the meaning of a word as do consonants and vowels. Despite the
basic uniformity of Hausa wherever it is spoken, one can identify a
number of dialects areas, they are the Eastern Hausa (also known as
“Guddiri”Hausa), Western Hausa,  the Northern Hausa, the Kano Hausa,
Southern Hausa, the Ghanaian Hausa and the Non native Hausa. But above
all, the Kano Hausa dialect of Eastern Hausa is considered to be the
standard Hausa dialect and is the form upon which written Hausa is
based. Yoruba
is the language spoken by a set of people in Western Africa. Its native
name is ‘Ede Yoruba’, that is the Yoruba language. The language has its
origins in the Yoruba people, who are believed to be descendants of
Oduduwa, the son of a powerful god called Oludumare.
Like the above mentioned languages, Yoruba
people, the language also has various dialects which can be categorized
into 3 namely the North-West Yoruba (Yoruba speakers from Lagos,Ibadan,
Oyo, Abeokuta and Osun), Central Yoruba (Ife, Igbomina, Ekiti and
Akure) and  South-East Yoruba (Ondo, Owo and parts of Ijebu).
Yoruba is classified within the Edekiri languages, which together with Itsekiri and the isolate Igala form the Yoruboid group of languages within the Volta–Niger branch of the Niger–Congo
family. The linguistic unity of the Niger–Congo family dates to deep
prehistory, estimates ranging around 15 kya (the end of the Upper Paleolithic).
In present-day Nigeria, it is estimated that there are over 40 million
Yoruba primary and secondary language speakers and several other
millions of speakers outside Nigeria making it the most widely spoken
African language outside Africa. This
is the native language spoken by about 30 million people from Abia,
Anambra, Ebonyi, Enugu and Imo states. It is also spoken in some parts
of Akwa Ibom (Ika LGA), Delta (Oshimili, Aniocha, and Ndokwa LGAs) and Rivers States (Ikwerre, Bonny, and Ahoada LGAs) all in Nigeria. The Igbo
language belongs to the Niger-Congo language family. It is part of the
Kwa subfamily. A complicated system of high and low tones indicates
differences in meaning and grammatical relationships. Igbo
have a number of dialects, distinguished by accent or orthography but
almost universally mutually intelligible, they include the Idemili Igbo
dialect, bende, Owerri, Ngwa, Umuahia, Nnewi, Onitsha, Awka, Abriba,
Arochukwu, Nsukka, Mbaise, Ohafia, Wawa and Okigwe,Ukwa/Ndoki.

The Fula or Fula, Fulani, Fulatanchi  is a language of West Africa, spoken by the Fula people also known as the Fulbe or Peuls from
Senegal to Cameroon and Sudan. It belongs to the Atlantic branch of the
Niger-Congo language family. The Hausa call them the Fulani, while the
Wolof use Peul and the Mandinka Fula. The Fula call themselves Fulbe
(plural), Pullo (singular). Speakers of western dialects call their
language Pulaar or Poular, while eastern dialects use Fulfulde. There
are at least five major dialects: Futa Toro, Futa Jallon, and Masina in
the west and Central Nigeria. The year 2000 population report said that
an estimated number of 11,585,000 fulfulde are scattered in states like,
Sokoto, Adamawa, Kano, Jos, katsina, Maiduguri and part of Bauchi
state.

This is a language
spoken by over 3 million in Nigerians, about 500,000 Nigerien, 100,000
Chadians, and 60,000 in Cameroonians. Kanuri is unrelated to Hausa which
is the most commonly spoken language in northern Nigeria. The Kanuri
language has the largest number of speakers of the Central Saharan
Language Family which has speakers from northern Nigeria to the Central
Sudan. The speakers are mainly located in Borno, Yobe and Jigawa States.

The
Ijaw language consists of nine closely related Niger–Congo languages,
all of which belong to the Ijoid branch of the Niger–Congo
tree. Approximately 2 million people speak Izon which belongs to the
Eastern Ijo division of the language. The second most prominent
sub-language, Kalabari belongs to the Western

This
is one of the Edoid languages that is largely spoken by the major
ethnic group in Delta state of the southern Nigeria. The Urhobo language
has from time immemorial, suffered dialect variations following the
breakout of some of its clans and kingdoms. Today, Urhobo language has
more than 10 sub dialects
namely: Orogun, Udu, Agbarha, Ofoni, Ughievwien,and even Isoko among
others. Thogh it is a language of one set of people, most Nigerians
learn it as a slang. It is presently estimated that about 1 Million
people or more speaks Urhobo in Nigeria.

This
is the first African language in Print in Africa beginning in
1862. Efik is the native language of the Efik people of Nigeria, where
it is a national language. It is the official language of Cross River
State. Compared to neighboring languages around the South Eastern coast
of Nigeria, the Efik language is blessed with language contact.
Its early contact with the slave traders and later with Christian
missionaries paved way for the Language’s development. It is in fact the
first Nigerian language that was reduced to writing.It is the first or
second language of most Cross River indigene. The language Efik can also be understood by the Ibibio speaking people of Akwa Ibom state

The
Edo language is a Volta–Niger language spoken primarily in Edo State.
It is the primary language of the Edo people of Igodomigodo. A
language mainly spoken by at least 1 million people in Edo State. It is
said that the Edoid language invariably the Bini language belongs to the
most wide-spread of the five great language families of Africa. Years
back, there was a rising alarm about how the language is going extinct
as a result of the decline in the Edo speaking homes.

This is part of the Southern Bantoid Tivoid
family, a branch of Benue–Congo and ultimately of theNiger–Congo
family.spoken by over 2 million people in Nigeria concentrated mainly in
Benue State
(Makurdi, Gwer, Gboko Kwande, Vandeikya and Katsina Ala LGAs). It is
also widely spoken in Plateau State (Lafia LGA) and Taraba State (Bali,
Takum, and Wukari LGAs)

The
Ibibio language is said to probably be the most ancient of all the semi
Bantu languages. This language which was once regarded a dialect of what
is called the Efik-Ibibio languge has developed and spread quite much
to have its own sub dialects and variations. The Ibibio  share
similarities with the Annang, Efik, Ekid, Oron and Ibeno in terms of
culture and language

It’s
really interesting to know how the Igala speaking group of Kogi state
boast of a population size of more than two million. The Igala language
belongs to the Yoruboid branch of the Defoid languages (a constituent of
the Benue Congo languages). It falls under a group with Yoruba and
Itsekiri languages. Igala is spoken far beyond her political boundaries
of the eastern part of Kogi State (Idoma, Nsukka), western Igbo (Lokoja,
Etsako, Ebu, Asaba etc Igala dialects include Ebu, Idah, Ankpa, Dekina,
Ogugu and Ibaji.

Ebira
language from the Nupoid group (also called Niger-Kaduna) of languages
including Nupe, Gwari and Gade. It also said to have about One Million
speaker all over Nigeria and they are spoken in the area north and west
of the confluence of the Niger and Benue rivers.

The
Itsekiri is a branch of the Yoruboid family language of the Benue-Congo
branch of Niger-Congo languages. It is related to the south-eastern and
Ilaje Yoruba dialects and to the Igala. The language has been under the influence of the Bini,
Portuguese and English languages due to centuries of interaction with
people from those nations. However, it is widely spoken by over one
million people.

Linguists
suggest that Nupe language belongs to a branch (Nupoid) of the Benue-
Congo group of languages. Other languages in the group are Igbira
(Ebira), Gbagyi (Gbari), Gade, and Kakanda. Today, there is no tentative
figure on the number of speakers of this language but they are
predominantly found in Niger, Kwara, Kogi States, and Abuja (FCT).
Other Nigerian Languages include:
Isoko, Anaang, Jju, Eggon, Mangas, Bokobaru, Ehueun, Gun-gbe, Ejagham,
Ekajuk, Boko, Gbari, Gera, Ibino, Ibilo, Iceve Maci, Idere,
Ibuoro,Marticentral, Jorto, Kaan, Kadara, Jukun of Takum, Kaningkon-
Nidem, Kanufi, Kanuri Manga, Lemoro, Limbum,Lokaa, Longda,Marghi South,
Mashi, Mawa, Ukue, Ulukwumi, Ukwa  and so many others.
Languages
present the identity of our complex world. The ability to speak one’s
language is another important thing in the life of any individual and
for other people who are not one’s tribes persons, it is an interesting
experience. Learn one more language today!