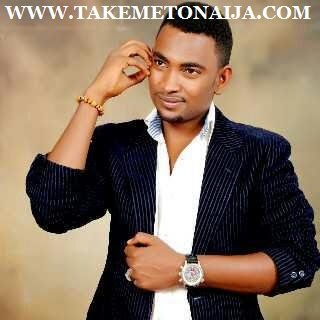 Nuhu Abdullahi is a popular Nigerian Kannywood movie producer and actor, he’s been noted to be one of the fast rising stars in the Hausa movie industry. He also has a couple successful movies to his credit.

Nuhu was born in 1987 in Lagos State. His father was a retired army officer. He later became a businessman in Lagos. Nuhu grew up in Kano and attended Giginyu Special Primary School. He had his junior secondary school education in Kebbi State, and finished at Government College Kano. He then proceeded to Kano State College of Science and Remedial Studies where he obtained Diploma in English Education and Diploma in Hausa Education. He also attended Aminu Kano College of Islamic and Legal Studies where he obtained Diploma in Mass Communication. Right now, as of 2016 he is running a degree programme at Bayero University Kano.

SPEAKS MORE ABOUT HIMSELF:

PT: What stirred you to join the Hausa film industry?
Abdullahi: “Producing movies and acting have always been my dream since when I was very young. Whenever I was alone, I sometimes imitated one of the actors I was familiar with at that time, mostly Ali Nuhu – the way he danced or his acting style.
I never thought I would be this successful in just a short time. But thanks to my determination and willingness to commit my everything in to it and now I am going places. Any time I watch Ali Nuhu in any film I see a talent and a star. He has always been my idol.”

Nuhu Abdullahi is unarguably one the most promising Kannywood actor today.
At 26, Nuhu has produced and acted in some of Kannywood’s blockbusters, like Baya da Kura this year. He won the 2015 City People Best Supporting Actor award. Nuhu Abdullahi is currently working on his new film ‘Ana wata ga wata’.

He’s been in the industry since 2009. His first movie is titled ‘Ashbulkhafi’. He has featured in over 40 Hausa movies including ‘Itemilikhai’. He has also done three English movies entitled ‘Thorny’, ‘There is a Way’ and ‘Light and Darkness’.

SPEAKS MORE ABOUT HIMSELF AND CAREER:

PT: How did you then get to acting?
Abdullahi: “One day, I was sitting beside Aminu Saira who was going through a movie script he was supposed to direct, and then he turned at me and said, “Nuhu, look at this script I want you to study it carefully because you will fit into a role there”. And that was the beginning”

PT: One film that made your personality known in Hausa film was Kanin Miji. How did you feel about that role you played?

Abdullahi: Kanin Miji is my favourite film so far. I love the film because of the lesson it was portraying. You know it was about a culture that is practiced in the north where one can play with the wife of his elder brother without definite demarcation. In my own case in the film, I became too close to my elder brother’s wife which did not go well with him which later turned out to be something else. It happens in the north and the dangers of that is what the film portrays.
It was indeed a marvellous film that is dear to my heart because of the message.
PT: Which one Kannywood actress would you want to say is your favourite?
Abdullahi: Fati Washa is always my favourite and I wouldn’t even regret it if I said I love her. She is incredibly a wonderful person to me, she has always been nice to me and I mean it, I can do anything to make her happy, calm and very respectful.
PT: Why Fati Washa among all?
Abdullahi: Like I told you, I cannot explain why, all I know is I have a passionate regards for her and I appreciate her any day. I also have good friends like Rahama Sadau and others.
PT: Would you want her as a wife?
Abdullahi: Yes, if that happens I wouldn’t mind. When somebody is nice to you it is only fair that you reciprocate same to that person.