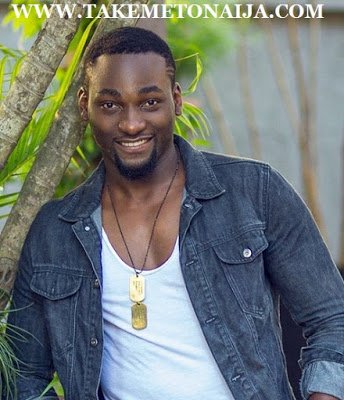 INTRODUCTION
Gbenro Ajibade  is a popular Nigerian actor, producer, model and presenter. He got his break in 2007 when he starred a leading role in a tv opera Tinsel.

Ajibade was born in Maiduguri, Bornu State on December 8. He is the fourth child born into a family six children.
He attended Makurdi International School and later Mount Saint Gabriels Secondary School. He then completed his education by graduating from Benue State University with a degree in Biology.

Ajibade Gbenro Emmanuel describes himself as adventrous, easy-going, lovable, happy, down-to-earth, young man that is a little bit on the quiet side, a persona that is quite similar to the one he plays on Mnet’s Tinsel soap opera which now airs five days a week on their magic station. Playing the role of the photography loving, young Soji Bankole who is love struck with amiable, dashing and equally young Telema Duke.

The fourth out of six children born to Engineer and Mrs. Ajibade. He was born in Maiduguri, attended Makurdi international school, and then Mount Saint Gabriel’s secondary school and then rounded up at Benue state university with a degree in biology.
Gbenro honestly states that he had no intentions to act pre-Tinsel. He was a model who attended casting here and there and in was in this field that he landed his big role in the series.

Recounting how it all happened, “I got a text from my modelling agent that time (wild honey) Just like the way she does for every other castings, she hinted me about some commercial for mnet only for me to go late (well I was cooking, lol)and then they gave a script to read and then told me to act without the script. Trust me I felt like I was having fun and playing all the way only for me to get a strange call couple of weeks later that I was selected. I didn’t even believe all the while they kept on updating me until they invited me for some publicity shots and seminar with the rest of the lead actors”.

TALKS ABOUT HIS BACKGROUND IN AN INTERVIEW:

Before ‘Tinsel’
Tell me a bit about your growing up and educational background.
I come from Kogi state but I grew up in Benue state. I was born in Maiduguri but I spent two years in Jos and from there moved to Benue. I did my Primary school, Secondary school in Benue and got a degree in Biology Education from Benue State University. I never liked my course. I wanted to study Computer Science.
What did you do professionally before getting on the cast of ‘Tinsel’
Modeling. When I was in 200 Level at the University, there was this Mr. Campus competition that was on and my friends practically forced me into it. They told me that if I agree to do it, they will give me anything I ask; they treated me like a king just to convince me to perform and funny enough I won. I loved the reaction I was receiving from the audience and my love for stage grew from there. I started watching a lot of fashion shows, made a lot of research about modeling and I found out how much I loved it.
When did you start modeling and what are the qualities you have that made you succeed and grow as a model?
Two days after I graduated in 2005, I came to Lagos to pursue my dream and it was like a different world entirely. In modeling, there are two aspects- photography and fashion modeling, and they have their different requirements. For photography, you should have a good smile and for fashion, you should be up to six feet. I am six feet an three inches so I was able to fit into both roles. Most of the designers wanted us guys to bare our chests and you can’t expect to have a model with pot belly. This was one of the inspirations for me to work out more at the beginning.

He was a leading character in the popular soap opera Tinsel and has acted in Gbomo Gbomo Express and The Wages.
Ajibade won Most Outstanding Actor/Model of the Year at the 2011 Nigerian Model Achievers Awards.

He started off his career as a model in 2005 shortly after graduating from the University and since then, has graced hundreds of runways within the country and beyond. He has been a notable face on Billboards, TV commercials, press adverts and more and was the recipent of the Most Outstanding Actor Model in the Nigerian Model Achievers Awards 2011. But it was through the MNet Series, ‘Tinsel’ that Gbenro had his biggest break. Gbenro plays the character, ‘Soji’ Bankole’, Ziggy’s bartender and aspiring photographer and the very protective boyfriend of ‘Telema Duke’.

But like every fairy tale with glorious endings, it always starts with
on a stormy note, Gbenro reminisces on his lowest moment ever “That was
when our house burnt into ashes. We lost everything, but I thank God for
today. I believe it happened for a reason. I see it more as a blessing
in disguise”
Aside recording Tinsel, Gbenro is also a presenter on
“Calabar Rocks” a show packaged by Storm 360. Gloating in awe of all the
glamour, fame and fortune Tinsel has brought, Gbenro has this to say on
a final note “It has been so much fun and I keep thanking God every
day. I get to receive at least four emails everyday from fans across
Africa. Bros bone, Tinsel dey try”

He is married to actress Osas Ighodaro, together, they have one daughter, Azariah Tiwatope Osarugue Ajibade.