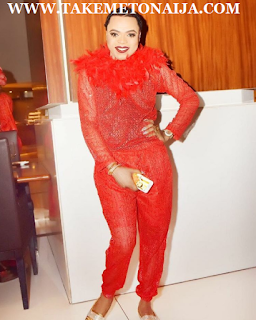 INTRODUCTION
Bobrisky is a Nigerian entrepreneur who is known for his social media presence, especially Snapchat. Bobrisky is Nigeria’s most popular person on Snapchat

Idris Olanrewaju Ogunneye and he is from Ijebu-Igbo, Ogun State. He has a bachelors degree in Accounting from the University of Lagos. When he was in part three at the university, he opened a boutique in Ikeja, It was called Bob, which is an abridged version of the nickname he was given when he was child.
He was fondly referred to as Bobo. He added â risky to the name and that is how he arrived at Bobrisky, and he believes the name suits him.

SPEAKING ABOUT HIS BACKGROUND IN AN INTERVIEW:

Did you have a privileged upbringing?
I come from an average family. My dad is alive and he’s doing fine. I was born in Ebute-Metta , Lagos and I was raised in Lagos. My mum died in 2008. My dad is a retired transporter and he has drivers that work for him because he is aged. He  is a polygamist and  is married to three women. I am the youngest child in my  family.
How did you get the funds to start a business while you were still an undergraduate?
When I was at the university, I worked part- time. Because I love to dance, I used to teach choreography and I also attended dance events. So I made money from dancing while I was in school. Also , because I have a great sense of fashion, my friends at the university  admired my outfits and usually requested that I get same for them. I would double the cost and resell to them.  As time went on, I was able to raise the capital to start my business.

Did you also wear make-up when you were an undergraduate?
While I was in school, I wore  little make-up. If you did not come close to me, you would rarely know I applied make-up on my face.
Why do you like to wear  make-up?
I developed interest in make-up because I love fashion. I have a love for feminine fashion. I felt there was a need for me to look feminine to attract more clients and  create awareness for my brand. That is why I wear make-up and false nails. In order to comply with the demands of my customers, I opened another shop where I sell make-up.
Back in school, did people react strangely to you because you wore make-up?
Like I said earlier, I did not wear heavy make-up then. However, my dressing was of the highest quality. I won the award for the Best Dressed Male in my faculty and  the Best Dressed Male in the University of Lagos. I first got  popular on campus.

He became recognized by being highly controversial on social media. Bobrisky was able to gather traffic to his Snapchat account when he claimed he had a lover who is assumed to be male even though he only refers to the person as “bae”. He likes dressing up as a woman, wears makeup and has had his skin whitened.

he internet sensation figure has been trending on Snapchat for months now and has nothing less than 30,000 views every day, especially with his fans always wanting to find out who is bae is.

Bobrisky is the most popular Nigerian on Snapchat known by many celebrities, she is currently getting more attention than many celebrities on snapchat . In October 2016,  the social media celebrity got tongues wagging when he shared snapshots of the N7million he allegedly received from his partner, a politician.

Bobrisky claims he lives in Lekki  Lagos state and said he will soon be moving to Banana Island as his mystery bae has promised to get Bobrisky a house next to Linda Ikeji at Banana Island. The male who look more like a female is  well-known as a fashionista, he likes to chat dirty and post raunchy stuffs, however, his fans love him all the same.  The young man looking more like a beautiful lady is in his mid-twenties and obviously g*ay but debunk the news in a recent chat that he is not a it, adding that he is only dressing like a lady to promote his business .

His charming tone and complexion is getting every one talking about him . All thanks to celeb fashion designer/ skincare guru Tiannah styling, he went from been dark to snow white. Both s3xes love him for the kind of expensive and entertaining stories he communicates. He is a Business man who hails from Ogun State , He deals on whitening cream and plans to be a big competition of Dencia Whitenicious.

HE TALKS MORE ABOUT HIS PERSONAL LIFE BELOW:

Are you not bothered about the kind of reaction you get from people?
I’m not bothered because I believe I âm doing the right thing. And I’m doing what pleases me.
A lot of people believe that you are more feminine than masculine?
That is their opinion. I know the reason why I’m Bobrisky. I already told you the reason why I do all that I do now and why I do them. I let people say whatever they feel like saying about me. I âm myself and different opinions are welcome.
What do your parents think about the way you live your life?
My father knows who I am and he is not bothered. One day he said to me, You’re getting older and you âre over 18, it is up to you to decide if this is  the right or wrong  path to life.
Before your mum died, did she object to your lifestyle?
When my mum noticed my feminine side, she used to  beat me. At some point she hired  some hoodlums to manhandle me  because she felt I was bringing shame to the family. Later, she let me be because she noticed the beating  did not yield any result.
Do you feel like a girl?
I actually dont feel like a girl inside of me, but I have a girly way of thinking and Iâ€™m very caring. My mum got to love me so much before she died because Iâ€™m hard-working. I cooked for her when she was alive, I cleaned  her shoes and  picked her outfits. Before she died, she stopped bothering about Bobrisky.
Why did you choose to alter your complexion?
A few years ago, I traveled to Dubai to shop. I got a particular cream from Dubai to tone my complexion  to caramel or fine chocolate. After using the cream, some areas on my body looked lighter than the rest, so I decided to brighten up my entire skin. I noticed the lightening cream worked for me, so I started to sell to people. The cream is quite expensive but it gives you an even tone.
Do you fund your  lavish lifestyle solely from your business?
That is a personal question. I dont want to talk about that.
Is bae the one funding your lifestyle?
I dont want to talk about bae
How rich are you?
I am rich but not as rich as people think. Presently I am building a house at Ikate, Lagos.
Are you gay?
Because I wear make-up does not mean I am gay. In fact, there is no law that can prevent me from wearing make-up. Interestingly, I apply the make-up myself  and I do it well and better than most women.
But you dress feminine?
Even if I dress and talk like a woman, does that mean that I am gay?
Have you ever been in a gay relationship?
None that I know of.
Do you have a girlfriend?
I have a girlfriend that I âm in a serious relationship with. I keep her  away from the media for personal reasons.
Is her family comfortable with you?
I have yet to meet with her  parents but I have met with  two of her older sisters. I have explained every area of my personality to them because they wanted to be clear on certain areas. I have a plan and I dont need  any kind of negativity
to distract me.

Bobrisky When He Was Arrested in 2011 For Fraud

In 2011, Vanguard article revealed that Okuneye Idris, ‘Male Barbie Doll’ was arrested for stealing while disguised as a woman has being dug out for our reading pleasure. Bobrisky was caught and arrested at a bar in Lagos when a bar patron attempted fondle him, but instead of Bosom s, sachet pure water fell out of his chest. He was subsequently arrested and paraded.

Bobrisky later confessed he was into the business of dressing like a woman in order to deceive men into parting with their money.

“ I went into it in order to raise money for my education. After my secondary school education, my father told me he could not afford money for me to buy JAMB form.

Again there was nobody to help me because I am a man. I realized that men do not help their fellow men but women. Then, I decided to start dressing like a lady to deceive men and get money from them but I do not sleep with them. Whenever it gets to that stage, I stylishly excuse myself”