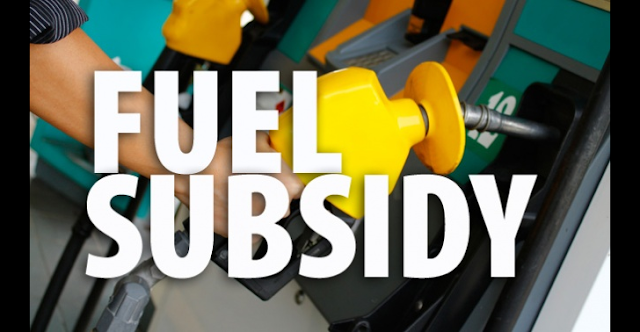 Yesterday’s announcement by the Federal
Government on the removal of the long-standing fuel subsidy has
triggered a deluge of reactions from Nigerians. And they have come in
diverse forms and hues- from people who have clapped excitedly at what
they term a long overdue policy change, to those who fiercely argue
against it. The representatives of the various positions have presented
reasons for their stance, and the media is awash with opinions, analysis
and speculations.
The announcement was made following a
meeting chaired by Nigeria’s vice president, the leadership of the
senate, House of Representatives, Governors Forum and Labour Unions such
as the NLC, TLC, NUPENG and PENGASSAN. According to the Minister of
State for Petroleum Resources, Dr Ibe Kachikwu, the maximum price for
PMS (Premium Motor Spirit, or fuel as generally termed) is to
be fixed at ₦145.  In addition, all willing and capable Nigerian
entities will be able to import the product if they meet the quality
specifications and other requirements of the Regulatory Agencies. The
Federal Government’s decision to end the payment of subsidy to petroleum
product marketers appears to be partly informed by the difficulties
encountered by marketers in meeting up with the required amount of PMS.
This problem has arisen principally because they have struggled in
recent times to procure FOREX (foreign exchange) needed for importation
from legally approved sources. According to the statement read out by
Dr Kachikwu, they will be permitted to import PMS using FOREX procured
from secondary sources.
The possible effects of this policy on Nigeria’s economy are the subject of heated debate.
Those who support the removal of the
fuel subsidy have pointed out among other things that the subsidy regime
was blighted by corruption and waste. It has been alleged that a large
fraction of the subsidy funds have been collected by marketers who end
up selling the products to customers in neighbouring countries where the
product is sold at much higher prices than has been obtainable in
Nigeria. Eliminating the subsidy, they say, would discourage this
practice by erasing the profit margin that encourages the thriving of
such activity. It will also mean that more of the product will end up at
fuel stations in Nigeria. Increased supply and competition may also
come about as a result of the liberalisation of the sector, as sellers
jostle for a greater share of the market. If this plays out in any way
resembling what is described in economics textbooks, prices will be
driven downwards. Supporters of this policy also insist that the removal
of the subsidy on petroleum products will attract private sector
investment to the downstream sector of Nigeria’s oil industry, possibly
leading to the construction of new refineries. The government of the day
talks about funds which could be freed up and used to provide the
infrastructure which will enable businesses to thrive.
But opponents of the move by the
government to remove the subsidy on petroleum products make the point
that the short-term effects of this policy reversal may prove too
difficult for households and businesses to bear. Prices of goods may
shoot up further, as the string of cause and effect courses through the
country’s economic landscape. Businesses may find it difficult to bear
these changes along with electricity tariff hikes, low demand, and other
challenges. Production costs may rise, jobs lost, and business
establishments go belly-up. And there is also the threat of increasing
unrest, as was witnessed following a previous attempt at removing the
subsidy in 2012.
The impact which this policy has upon
Nigeria’s economy is not merely to be speculated or spoken about, but
witnessed and taken note of, for the lessons it might hold for us all.