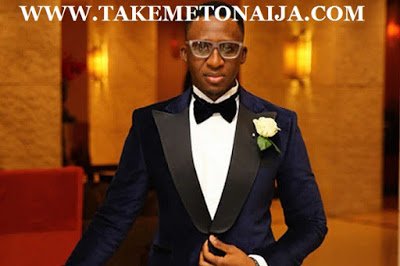 INTRODUCTION
Bez is a popular Nigerian multi-instrumentalist, singer-songwriter and composer who came into limelight in 2012, he calls his music gnere “alternative soul”, a hybrid of soul, rock, jazz and R&B. The singer is said by many media outlets to be one of the most unique artists in Nigeria.

Emmanuel Bez Idakula was born in 1983, in Jos in central Nigeria. He grew up in a musically inclined family, listening to gospel and country. As a child, he sang in choirs and began playing his father’s guitar at the age of nine. His parents recorded duets, with his mother singing and his father playing the guitar, while Bez and his younger brother, Anyidakula Idakula, and his two sisters, Eunice Chiedu and Lydia Sobogun provided a sing along audience. Growing up Bez spent his time fixing things, and dabbling in painting and sketching.

Bez lost his father, who was a politician and Gubernatorial Candidate for Nasarawa State in Nigeria, at the age of twelve. His family’s finances crashed as a result and he could hardly afford to pay the rest of his tuition for high school. An anonymous person paid for his High School education. In College, he received help paying his fees, as well.

Upon finishing Loyola Jesuit College, Bez attended and graduated from Covenant University in 2007 with a BSc in Information and communications technology He sang at open mic nights while at university. One of such open mic nights was called Taruwa (“gathering” in the Hausa language), where the platform encouraged artists to share their talent through music, poetry, the spoken word and art. Here Bez played every two weeks and met Praiz, who he later collaborated with on “That Stupid Song”. Later, he read He-Motions by Bishop TD Jakes and other spiritual and self-help books, which led him to the view that his purpose in life is to add value to the world through his music.

Speaking in an interview on how his passion for music came up:
“I come from a musical family. My Dad used to play the guitar and my elder sister sang. My Dad used to do something interesting with my Mum; he would play the guitar and sing and she would duet or back up and they would record it on a tape recorder. As a kid, it was interesting hearing my parents singing on tape. Every Sunday, I remember we would come back from church and play loads of music. My Dad found out I had an interest in the guitar so when I was about nine years old, he taught me how to play and I just grew from there, honed my skills and played more and more. All through my Secondary School, I was in the choir. “

Did you have any particular experience that influenced you to start thinking about taking music professionally?
The first gig I ever did was in my third year in the University with KUSH. Dr Frabz who was in the University with me just decided he was going to go into music and he left us behind in school and went to follow his dreams. He worked with KUSH and he said they needed a band for one of their concerts. So I played the guitar while he played the piano. After the show, I sang a song for Emem of KUSH and she asked “do you plan on going into music?”. I said “I’m not sure” and she said, “well I think you’re already into music”. I think that was the beginning for me. I started reading more on how to find my purpose. I wanted to be sure that if I did this, I wasn’t going to be shooting myself in the leg. It was a very hard decision to make because I was in school studying for a degree.

Bez’s album Super Sun was released in 2011, and includes the single “That Stupid Song”. The Boston Globe placed this song at number 3 in its top ten world music albums of 2011, calling Bez a “superb alternative-soul singer” Connect Nigeria called it “unusual and just a perfect blend for a debut album”
In an interview with Vanguard Nigeria, Bez stated “That Stupid Song” was created accidentally when someone entered the studio requesting “a stupid song”. Bez’s producer, the talented song writer and music producer, Cobhams Asuquo, thought to create a song that was a mixture of different songs they sang while growing up. They invited Praiz to do a collaboration with Bez and they recorded “That Stupid Song” the next day.

Speaking on the kind of music he does:
“These days, we are entering into a phase where, I think, genres would
die. People won’t be able to place your music any more so you have to
come up with new stuff. If you go on Yahoo Music and you check the list
of genres, you’d see loads of names you’ve never heard of before. At the
end of the day, I call my music Alternative Soul. Soul is the major
genre and when you have Alternative coming before Soul, it gives you the
liberty to play with a lot of sounds. You can have some Hip Hop beats,
Jazz, R&B and merge all of that to create an eclectic sound.”

In November 2013, Bez premiered the first single off his second album, My Baby also produced by Cobhams Asuquo, to be released in 2014. The title and release date are currently unknown. In the interview of April 2013 with Vanguard Nigeria, Bez stated that his next album will be a slight departure from the sound he is known for, stating he will be putting a more African sound in his music and rock while keeping the soul present in the music. This may make the music a bit more mainstream.

Speaking on how he get inspiration:

“I have released
three songs. I released “My baby”, “There is a fire” and “You suppose
know”. The New Album is named Gbagyi because Gbagyi is my tribe. When I
started working on the album, I went to my village in Nasarawa State to
get inspired by the local music there. I listened to some local sounds
and I used some in my album and others I didn’t use. We started creating
the album and it’s named Gbagyi Child. I am getting inspiration from
where I came from to create music. I have also travelled to Houston and
New York to record live with my band members. We experimented with some
sounds to get an interesting sound.”

Bez enjoys being on stage: “Once I get on stage, it goes crazy from there. We perform with our hearts and just go in. It’s great energy on stage and we try to keep it that way till the end.” Recording in the studio also has many rewards. “Sometimes it may be down to business, other times and most of the time… it’s just pure unadulterated fun!!”

Bez performed at many events in 2012: The New Africa Shrine in Harlem, New York; the Applause Africa Award ceremony honouring Angélique Kidjo in Manhattan, New York; Arts Alive Festival and Moshito Music Conference in Johannesburg, South Africa; Africa Utopia at Southbank Centre in London, UK; Africa Leadership Network Annual conference in Addis Ababa, Ethiopia, and Nigeria House pre-Olympic concerts in London, UK. He also performed for Sol Village at SOBs in Manhattan, New York, and for the TML100 event in Nairobi, Kenya. He also performed in the “Spinlet All African Showcase, (the first of its kind), at SXSW in Austin, Texas; in March 2012. His Super Sun Concert in Nigeria, in December 2012, received raves.
In 2013, Bez made the American tour in March, and the European tour which was held later in the summer of the same year. He also played the Slide and Bounce Tour, sponsored by Globacom.

Bez married Bolatito Ladoja, daughter of former Oyo State Governor
Rasheed Ladoja, in January 2014. Bolatito works as a banker at First
City Monument Bank. She holds a Bachelor’s degree in International
Relations from Warwick University in the United Kingdom, with a Masters
in Management from Imperial College in London.

Recounting how he met his wife in a interview with City People, Bez said: ‘wow! I went to Loyola Jesuit College in Abuja, while she went to Olashore International School.
These two schools and other schools had games together then. So it
happened that my wife’s brother was my very good friend and he was
dating a female friend of mine as well, so we used to hang out together
after school. It was later that my friend, Ladoja jnr. introduced Bolatito
to me as his sister. So I met my wife through her brother who was my
best friend, that was how my wife joined our circle of friend’.
The couple dated for 3 years before they eventually got married.
Bolatito is supportive and involved in Bez’s career, and she is often present at his gigs.

Bez is currently based in Lagos.
Musically,
his biggest influences are Amy Winehouse, the Beatles and ’70s soul. In
addition to guitar, he also plays piano and percussion.

Bez founded the Bez Idakula Foundation to help with educational needs for kids who can’t afford it, and to try to help transform their lives in the same way his own life was affected and transformed.
Bez also sits on the board of an NGO, Ovie Brume Foundation, is a member of the African Leadership Network and is one of two Nigerian members of Sandbox, a global network of young entrepreneurs. He also endorses ‘’Friends Africa’’ and a Telecommunications brand in Africa, Globacom and has appeared in their commercials. In March 2012, Bez spoke at the Harvard Africa Business Conference on an entertainment panel.