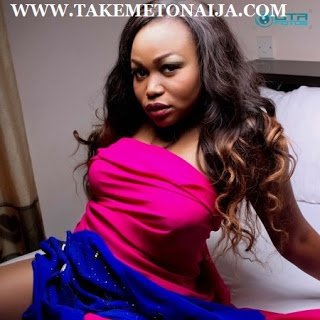 INTRODUCTION
Ruth Kadiri is a popular Nollywood actress who came into limelight in her early age, she is a professional script-writer too and has been lauded by many actors in the industry for her brilliant writing skills.

EARLY LIFE AND BACKGROUND
Ruth Kadiri she was born and bred in Ajegunle.
She is a nollywood actress and a scriptwriter. Kadiri studied Business Administration and Mass Communication at the Yaba College of Technology and University of Lagos (UNILAG) respectively.
Speaking On Her Family&Educational Background:

“ I hail from Ehor Local Government Area of Edo State. I am from a strong Christian background. I have a lovely younger sister, which makes us two in the family and my dearest mother. My father lives outside the country.
I was always among the last to pay school fees and I remember in JSS 3 how two of my classmates left school because of challenges of paying their fees. Today, I am a graduate of Mass Communication from University of Lagos.”

She started out as an actress before she later veered into writing. Her first movie was “Boys Cut” and she had a couple of movies thereafter. She believes she had a lot of creative minds around her who helped to hone her skill in writing. Though writing comes to her naturally. People like Victor Eze who had a script writing school then, and who happened to be her friend helped her a lot in developing her writing skill.

So also Yinka Ogun who worked with the Content Development film then, and Paschal Labafu. According to her these three men really encouraged me a lot to go into script writing. Thereafter, people like Stanley Ebonine and Ifeanyi Ogbonna came into the picture. They equally helped in bringing forth whatever she had to offer into the market. In her words: “These men saw something in me, which many others didn’t see at that time.”

When asked: Were you getting roles easily at the time you started acting? She said:

“Anybody who have watched “Boy’s Cut” would agree with me that the role I played in that movie was a very vital one. I haven’t really gone through so much stress to getting role in movies. But that does not mean I haven’t been attending auditions. I attended auditions after auditions but I never gave up any hope. It wasn’t so stressful for me even though I got my first role, while attending audition. Ever since then, I haven’t looked back.”

She had a well-cherished relationship with one of the notable Nollywood producers, Stanley Ebonine. Their relationship crashed in 2011 when the former got married to his beau, Dorathy Chinasa Agu, in a manner that left tongues wagging that he dumped the actress for the love of his life. But in the interview she had with vanguard in 2012, she debunked every insinuation that she was dumped by her ex-lover. Instead, she has vowed to continue to appreciate the immense contribution made to her life by the stylish producer.
SPEAKING ON HER LIFE AND ACTING:
Why do you think you never fell into trap in the industry?
I never had any nasty experience so far. I think my writing skill paved way for me. It makes things easier for me to scale through in the industry. So, I really don’t have any reason to use the back door to rise to fame. I’m not a desperate person, may be, because I’m a writer I know when a character does not worth the trouble.

Where can you be found when you are not filming?
In the comfort of my home of course. I don’t write for 24 hours but most times, I’m prepared to write for 24 hours. That’s why I’m always at home. The higher you go in this profession, the more responsibilities come to you. This year alone, I have done two movies and written one script. There are still many more scripts lined up for me to write.

In 2011 she sponsored the education of five students at her alma mater, First Foundation College, Ajegunle,
When asked why she decided to take up such task?
I have a sense of love for children especially the underprivileged. So, I don’t look back when showing love and kindness to them, because I believe they are part of me. Naturally, when you give to a child you don’t expect something back but the blessing attached to such kindness is divine.


Everything inspires me when I am writing. Nigeria is a very dramatic country and I draw inspiration from it most times. I have written over 20 scripts in less than three years. I know that make-believe is inspired by real life situations.

A fan once found out where I worshiped on Sundays. He started attending church service with us in order to meet me. There was a time there were rumours that I was dating Stanley Ebonine, who was my helper, manager, a back-bone and a friend. He was someone who could go over board for me. He gave me a chance when other people did not. It would have been stupid of me to stop talking to him because of gossips. In life, one should never forget what others have done for one because ingratitude is a sin.

I don’t have a crush on any celebrity. I admire their talents though.

I have suffered a broken heart. Everybody has been heartbroken. Only heartless people are immune to heartbreak.
I was 18 when I fell in love for the first time. I still think about that moment, especially when I’m sad.

I don’t have any because what others regard as mistakes are what I call experience.

Romance
I want my ideal man to be understanding, God-fearing and ambitious. My boyfriend has no issues with my career. I’ve been in showbiz for a while now and he knows that this is my career, so he gives me all his support.

Movie roles
I am a professional but there is a point where I draw the line. For instance, I will never act an extreme nude role because my culture forbids it. I am not dying to play love scenes with anybody. How far I can go in a kissing scene depends on the interpretation by the director. If I am required to kiss my partner in a movie, I will interpret the role accordingly. A professional actress is supposed to know what she signed up for.

Hobbies
I love reading, writing and browsing the Internet. When I am not writing, I can be found in the comfort of my home relaxing and watching television. I like hanging out with my close friends. I don’t keep a low profile but I’m not somebody one can find in nightclubs or at social gatherings.