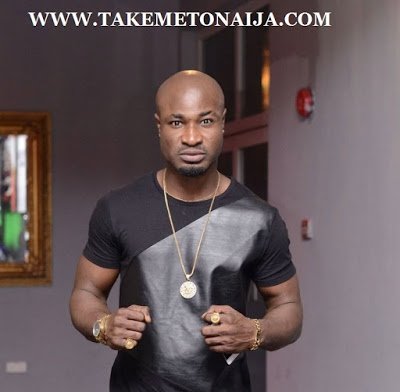 Harrysong, is a Nigerian singer, songwriter and instrumentalist who rose to fame after his tribute song to Nelson Mandela won the “Most Downloaded Callertune Award” at The Headies 2013, he was said to have made up to 50million naira on the tribute song via MTN.
As at 2015 he is signed to 5star music group with his friend and partner Kcee.

Harrysong was born as the only child to Ijaw parents in Warri, Delta
State. After the death of his mother, a strained relationship between
him and his step-mother led to his drop-out from school and his
involvement with music grew after moving to Port Harcourt.

At age eleven, Harrysong’s music career started as a congarist in the
church his mother served as the music director before he went on to
learn contemporary gospel music.

According to him professionally, he started doing music in 2007,when he just came
to Lagos.
He started hustling, going to studio to record and going to
clubs to play for people. Then he met Kcee at O’jez Club. He was the one
who introduced him to a lot of people who he worked with. It was in 2012 that he actually started enjoying what he doe.

According to him when sspeaking on challenges in his music career he revealed; back then, he used to
rehearse people’s songs to go and perform at clubs. There was this day he
was unlucky to stay late at the club where he went to perform and they
had locked the gate to the house of the friend he was squatting with. He said the
annoying thing was that he paid to perform at the show and yet they
still didn’t allow him to perform because he wasn’t popular. So, he was forced to sleep under the bridge in Ikeja
till day break.
He also revealed back then he didn’t do any other thing. Music was all he
did. He said he moved from studio to studio writing free songs for people and
following live bands to perform.

Speaking about his parents;

On why his parents separated he said: “They separated because I
was given birth to by two relations. My father and mother are actually
brother and sister. They gave birth to me before they could realize
that.
He further said that: It was a big abomination, so they had to
separate. Even, they attempted to kill my father in that village, but he
fled, because in Warri where I come from, it is a taboo. They termed it
incest.”

Speaking on his relationship and how he got close to Kcee:
“Kcee is my brother and my friend, and we’ve been together for like seven
to eight years now. Like I said earlier, I met him at O’jez in Surulere
, when he came to watch me perform at the club . So that day, after
watching me performed, they (KCPresh),  sprayed money on me and
encouraged me. I was a nobody before he met me. He and his friends used
to come there to watch me perform .So one day, I decided to approach
them and they put me through and that is how we became very close . “

His rise to fame came when he released the single “I’m In Love” and
“Taiye & Kehinde” with the music video of the former topping music
video charts including Trace TV. He went on to release his debut album Testify through QuestionMark Entertainment in 2012.

In 2013 he decide to do a song for Nelson Mandela after his death a song which caught MTN’s attention and he did song in partnership with MTN, the tribute song became a huge deal in 2013.
The Mandela song for caller tune on MTN is one of the biggest caller
tunes on the MTN platform, and it’s a blessing for him. He was inspired by
the story of Mandela to do the song and he did that song to honour
Mandela.
Rumors has it that he’s made up to 50million naira on the song via MTN caller tunes.
In an interview he said:
“It’s been fun working with mtn, because many things were just laid down for you on a
Platter of gold and recently MTN sponsored all my expenses and trip to
the recent Grammy, so it’s been fun.”

In 2014, Harrysong was nominated in the “Best Pop/R&B Artist of the Year” category at the 2014 Nigeria Entertainment Awards after the release of his chart-topping song “Better Pikin”

Speaking on how he made it to thee top:
“It took a lot of courage for me to move from that point to this point.
You need to be very sure of yourself, because people don’t want to
invest in what they are not sure of. In my case, I was sure of what I
had and what I wanted. So I had to keep on pushing because back then, I
was already seeing the picture of today. It was very difficult, but I
held on to the passion and talent which has gotten me this far.
I’m not really scared of anything. What has brought me this far is
hardwork. I don’t like to give excuses, because I have everything it
takes to make it in life. I don’t give room for excuses. When you talk
about fulfillment, I am not yet there;, there’s still a lot more coming
ahead. This is the first phase of my career. I write songs every day. I
work hard every day. So, there’s still a lot more to come.
If music didn’t work for me, I don’t know what else would have worked
for me. Maybe I would have gone into football. Music is my life and I
thank God for His grace and mercy.”

He has been said to have written a lot of hit songs for his friend and label mate Kcee, he also said he has written hit songs for other Nigerian artists too.
According to him, he charges as much as 2million naira to write songs for people.
In 2015 Harrysong really showed to many Nigerians he is good at what he does after releasing two hit singles featuring other artists in them.
He released “Feel It” fetauring Iyanya And Kcee earier in 2015 and released one of the biggest songs of the year “Reggae Blues” featuring Olamide Kcee Iyanya, And Orezi a song which totally made him more famous and drew people’s attention to him.

CONTROVERSIES
There was a report on him having a public affair with popular Nollywood actress Uche Ogbodo, in 2014, an issue that was later cleared by both bodies that there is no relationship between them, the actress said she was drunk when she kissed Harrysong.