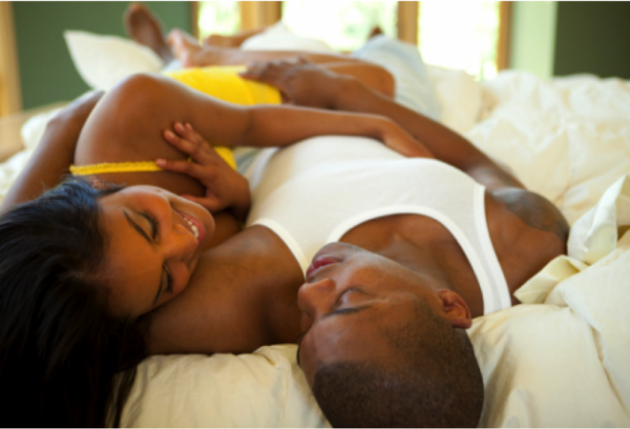 They say women are more scared of getting pregnant than contracting HIV/Aids.
I am not sure about the authenticity of the statement,but you get the point.
Women will go at extra lengths to ensure they DO NOT get pregnant.

This is a fact, since time immemorial, women have been using bizarre ways to avoid getting pregnant, Sexually Transmitted Infection’s aside.
Here are some of the bizarre things they do to enjoy sex without getting pregnant.

Immediately after sex, a woman is required to squat the sneeze. This movement is said to force out every single sperm from the woman’s veejay.
In ancient Greek, physicians recommended women to do this to shake the sperm out before fertilizing the egg.
Women were also advised to jump up an down, and kick their feet against their bums, to avoid getting pregnant.

It is messy, I know.
Turns out, women enjoy sex during their periods.
To add onto the natural lubrication, it is said chances of a woman getting pregnant at this time are close to nil.

Applying honey on your hu-ha can prevent pregnancy. The honey will change the acidity of the vagina, making it hard for the sperm to swim to the egg.
In ancient Egypt, women added crocodile poop to the honey before applying the mixture.
This just screams yeast infection.

Yes, apparently the Coca cola drink not only quenches the normal thirst but also does kill sperms, according to online myths.
A woman is required to douche after intercourse, the carbon in the soda is supposed to be effective in preventing pregnancy.
Women are still using this method to date. I think this is a perfect recipe for a yeast infection.

It’s supposed to be as simple as ABC, ingest painkillers after having sex.
What is the worst thing that might happen, probably ingest enough to overdose yourself and actually fall sick.

NOTE: The Only way you can prevent pregnancy is by using a condom, contraceptives or abstinence. The rest are just myths.