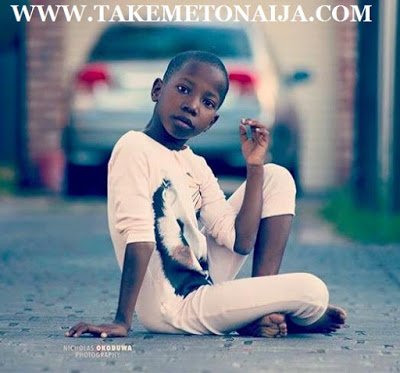 Emmanuela was Born July 22, 2010 and she is niece to MArk Angel the owner of the comic kits, She has lived with Mark Angels family ever since she was born even though her parents are alive.  Emmanuella started comedy when she was still in Primary 1 as at the time she started shooting videos.

Mark Angel discovered Emmanuella When she was born, he realized she was capable of being influenced positively. She did everything she was told to do even though she was really young. Also, he realized that she was talented. He simply groomed her and introduced her to showbiz.

Emmanuella was discovered by her uncle, Mark Angel when she was chosen for a role in a comic video as she is a student of his acting school. When they were preparing for the video , she was not chosen for the role initially but she asked for it because she believed in her self that she could do it . After the shooting of the comedy skit , her uncle Mark Angel realised that what he was looking for in many miles away was inside his pocket because she was doing exceptionally fine .

Emmanuella is a fast learning  and whenever they are shooting their comedy skit , it only takes her 3-5 shots to get one scene right and sometimes,when she is not getting it, she will be allowed to sleep and when she wakes up, she will memories and get the scene right. Emmanuella’s parents are really happy that their daughter is now a celebrity and they are doing everything possible to support her career . Her first appearance was at Julius Agwu’s show as an upcoming act for the first time on stage and also she made another one at Funnybone’s show.Her parents has been so supportive in her comedy life as she is now an Influential Kid..

As of 2016 Emmanurela has achieved quite a lot, she’s gone mainstream and has met a lot of big names in the entertainment industry, she is loved by; Actresses,singers,comedians and even popular business moguls.
Mark Angel 2016 world tour showed the little comedian is popular not just in Nigeria but in many African countries.

Our research shows Mark Angel gives the little kid’s family a certain percentage of share out of every money they make on YouTube and shows.

In A 2016 Interview Comedian Mark Angel Talked More About The Little comedienne:

How old is Emmanuella?
Emanuella is five. She will turn six in July 2016.”
What are her parents and friends reaction to her new-found fame?
Her parents are proud of her and love what she is doing.”
What class is she in school?
She is in Primary one.”
Hope this is not affecting her academics?
It is. Now she works extra to be ahead of her mates and her academic calendar. Let me use this opportunity to thank her Principal Mrs Femi E. Peace and her team for all the hard work they are doing for this little girl.”
Emmanuella seems to be getting all the attention; don’t you feel jealous at times that she is taking the shine off you even though you own the comedy skits?
There is no such thing as taking the shine. Our aim is to put her out there, help gain audience in the world mainstream comedy and that’s what we are doing. That’s what we will do for all our comedians by God’s grace.
Give us an insight into your background in comedy, education etc.
I personally don’t have any professional education in comedy. I just love laughing and making my friends laugh too. Talking about academics, I dropped out of medical school some years ago in order to give time to my dream. But as soon as I set course, I will go back to school.”

AWESOME PICTURES And Videos OF EMMANUELLA